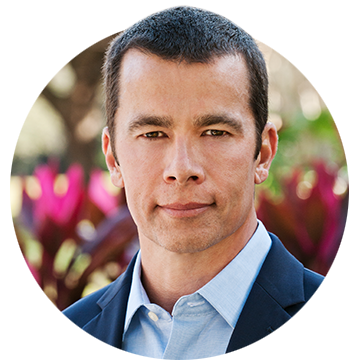 Chris Jordan designed and implemented the movement/exercise components of the Corporate Athlete® course, including the widely known Johnson & Johnson Official 7 Minute Workout, and is responsible for the development and execution of all corporate fitness programming. As an experienced international keynote speaker, author and performance coach, he trains hundreds of corporate executives of FORTUNE 500 companies each year.

Chris holds a Master of Science degree in Exercise Physiology with distinction from the Leeds Metropolitan University in the United Kingdom, and a Bachelor of Science in Applied Biological Sciences from the University of West England in Bristol, United Kingdom. Prior to joining the Human Performance Institute, he was the Fitness Program Consultant for the U.S. Air Force in Europe, based at the Royal Air Force Lakenheath base in the United Kingdom, and an exercise physiologist at the British Army Personnel Research Establishment of the Ministry of Defence.

He is a full member of the NSCA, ACSM, British Association of Sport and Exercise Sciences, and the United Kingdom Strength and Conditioning Association.

Chris co-authored Energy Every Day, Your Personal Plan for More Energy and Better Health with Ron Woods and is a contributing author to The Corporate Athlete® Advantage. He has published research in the Journal of Sports Sciences and contributed to articles for Men’s Health, Men’s Fitness, Best Life, Shape, Health, Outside, US News & World Report, Prevention, CNN.com, NJ.com, WebMD and Florida Tennis. Chris has also written over 50 articles for U.S. Air Force publications and the Army Health Connection newsletter.

Chris designed a practical body weight circuit workout that became known in the media as the 7 Minute Workout. He and Brett Klika co-authored the peer-reviewed article “High-Intensity Circuit Training Using Body Weight” in the American College of Sports Medicine Health & Fitness Journal, which led to Gretchen Reynolds’ blog, “The Scientific 7-Minute Workout” in The New York Times and generated significant media coverage. Chris has been interviewed about the workout by ABC World News with Diane Sawyer, The Weather Channel, The Daily Buzz, NPR, CNN, Sirius XM’s Doctor Show and The Laura Ingraham Show, and has been featured on several local television stations throughout the US and in many health and fitness publications including Men’s Journal, Men’s Fitness, Women’s Health, Woman’s Day, AARP, Outside, Shape and more.

The Johnson & Johnson Official 7 Minute Workout is also featured in the books 5:2 Your Life by Emma Cook and Fast Exercise by Dr. Michael Mosley.

The Johnson & Johnson Human Performance Institute is the pioneer in delivering a science-based energy management training solution. Based on over 30 years of proprietary research, the Johnson & Johnson Human Performance Institute has worked with elite performers, including Olympic gold medalists, military Special Forces, Hostage Rescue teams, surgeons, and Fortune 500 CEOs to achieve sustained high performance. In the past year, 25 of the Fortune 100 companies participated in Corporate Athlete® training, delivered across 32 countries, in over 500 sessions.