Math Is Where It’s At: How a Love of Numbers Can Get You Ahead in Any Career

“When am I ever going to use this math in real life? I’m not planning to be a mathematician or a math teacher.”

If this thought crossed your mind while you were sitting in a high school algebra class, you’re certainly not alone. But the truth is that math’s lessons reach far beyond the classroom—the analytical skills you develop from working with numbers can come in handy in a surprisingly wide range of career paths. 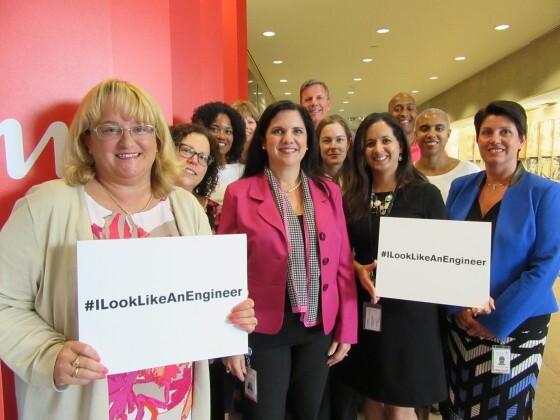 That was the message of a recent talk, “Math in the Real World: More Than Just a Numbers Game,” given by Sandi Peterson, group worldwide chairman at Johnson & Johnson, and Kathy Wengel, worldwide vice president of the Johnson & Johnson supply chain.

Their joint presentation was part of a “Women in Mathematics” event held yearly at Princeton University and co-sponsored by the Institute for Advanced Study (IAS), with the goal of inspiring undergraduate and graduate students alike to open their minds to the myriad ways math can be applied to life.

The Power of Numbers in the Workplace

Both Peterson and Wengel, Princeton alumnae themselves, can attest to that message personally.

During the talk, Peterson admitted that she never took a math class in college. It was a decision she would come to regret when she found herself having to learn calculus and linear algebra—and quickly—for graduate school. 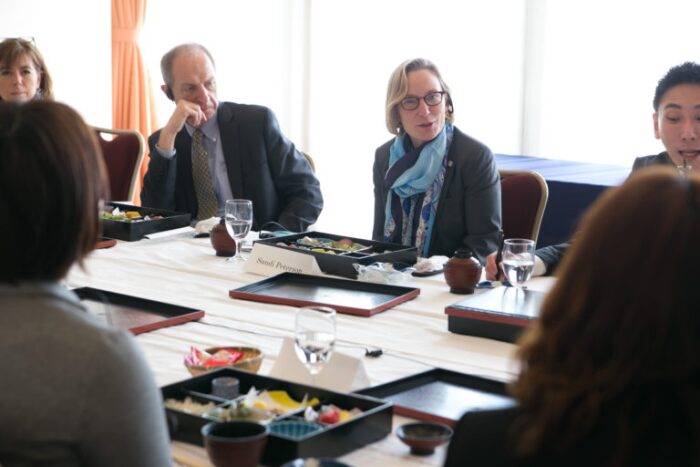 Peterson’s work takes her all over the world, including Japan.

Today, in her role at Johnson & Johnson, that knowledge has proved invaluable.

“Math helps Johnson & Johnson make the medicines that treat cancer, the sunscreen you put on your face—and it even helps in the marketing of allergy products by targeting emerging weather patterns down to the zip code,” Peterson said.

And you don’t have to be a scientist at the company to benefit from the virtues of math, either. “We have brilliant mathematicians and statisticians working in everything from marketing to research and development,” she added. “Your mathematical minds are hugely valuable—to yourself and others.”

It’s for this very reason, Peterson said, that Johnson & Johnson is so committed to ensuring more women excel at math.

According to a 2011 report by the U.S. Department of Commerce, women make up just 24% of the workforce in STEM (science, technology, engineering and mathematics) fields.

One of the ways the company is hoping to improve those dismal numbers and introduce a new generation of bright minds to the power of math is through WiSTEM2D. The educational initiative is focused on reaching one million girls between the ages of 5 and 18 worldwide by 2020 to advance their education in science, tech, engineering, math, manufacturing and design.

Unlike Peterson, Wengel always loved math from an early age, and grew to love engineering, too, when a teacher encouraged her to sign up for a summer program her junior year in high school. “I learned how engineering brings the world to life—and was hooked,” she recalled.

Despite this passion for math and engineering, she never envisioned herself someday overseeing the manufacture of products for a major global corporation. “I thought manufacturing was smoking men in hard hats in factories,” she said.

Today, Wengel can’t see herself doing anything else.

She loves making sure the supply chain for such Johnson & Johnson products as Acuvue contacts is safe and effective—and “math is critical in that process,” she said.

Bottom line, whether or not you’re interested in math, “find what you love and build your career around it,” Wengel stressed. Your passion may just involve more number-crunching than you think.