upport for nursing is a fundamental part of the history of Johnson & Johnson. Its roots go back to the founding of the company, and to the beginnings of modern nursing itself. Nurses are featured in the first paragraph of Our Credo, second only to doctors: “We believe our first responsibility is to the doctors, nurses and patients, to mothers and fathers…” Employees at Johnson & Johnson have understood nurses’ vital importance to patients, to health care, and to our company for more than a century. 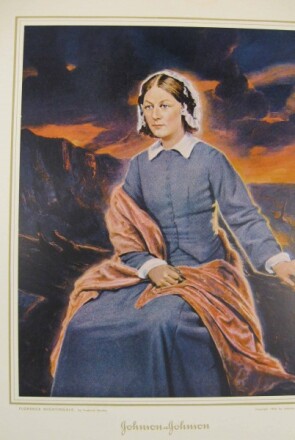 Brochure showing a painting of Florence Nightingale, commissioned by Johnson & Johnson in 1946. From our archives.

Both Johnson & Johnson and the modern profession of nursing were founded in the 1800s, and both were on the cutting edge of medical innovation. Florence Nightingale, the founder of modern nursing, led a team of nurses who improved sanitary conditions at a British hospital treating wounded soldiers during the Crimean War in the 1850s. Nightingale made sure the hospital wards were scrubbed clean, and she insisted that the medical professionals wash their hands — a practice that drastically reduced infection rates and saved many lives. Nightingale was an early pioneer in infection control, a practice central to the mission of Johnson & Johnson, founded in 1886 to make the first mass produced sterile surgical dressings and sutures to save the lives of surgery patients. (In an interesting sidelight, Florence Nightingale also was an early user of the pie chart and was a pioneer in representing statistical data graphically way back in the 1800s — so not only does nursing owe her a huge debt, so do modern infographics!) 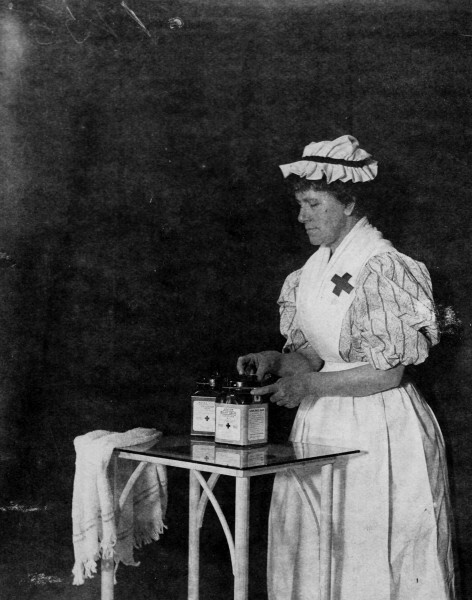 Not a nurse, but a Johnson & Johnson employee in 1897 demonstrating sterile gauze manufacturing. Photo from our archives.

Johnson & Johnson pioneered large scale sterile manufacturing, and was the first company to have its employees wear sterile uniforms. Those uniforms looked a lot like the nursing uniforms of that era. They were meant to convey the rigorous standards and high quality of our sterile manufacturing and the strength of our employees’ commitment to patients, and what better way to do that than to model them after the uniforms that nurses wore? 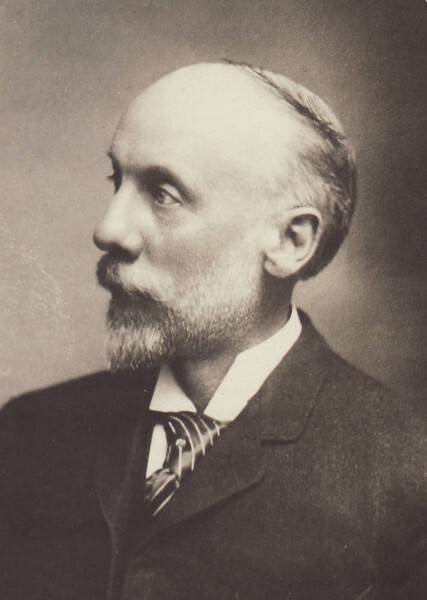 Fred Kilmer – a strong supporter of nursing and nurse training. Photo from our archives.

Scientific Director Fred Kilmer, a founder of St. Peter’s University Hospital in New Brunswick, was a strong advocate for nursing. He gave the hospital its nurses’ library, donated in memory of his son Joyce. Kilmer was interested in the scientific training of nurses, and many of the nurses in training there during the early 1930s saw him as a friend and mentor. 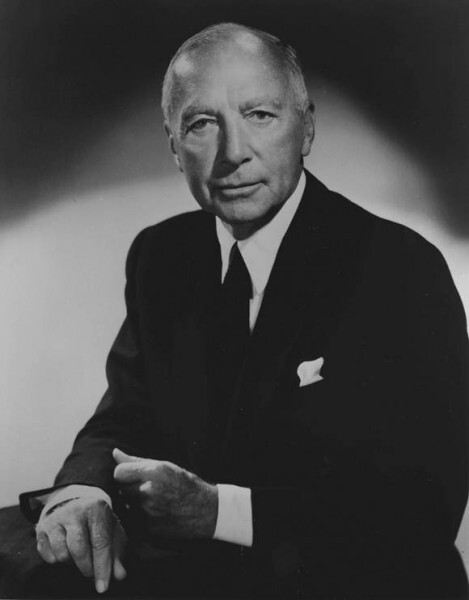 General Robert Wood Johnson, from our archives. Johnson was a lifelong supporter of the nursing profession.

General Robert Wood Johnson also was a lifelong supporter of nursing. He believed that well-trained nurses should have a more important role in patient care and they should be given greater responsibilities. He sponsored several programs to elevate the professional status of nurses in the United States and he funded a nursing program in Brazil. Later in his career — when a nationwide shortage of nurses began to develop — Johnson put together a plan to help meet the shortage by having the early Robert Wood Johnson Foundation increase its funding for nurse training programs, and by bringing back to the profession nurses who had left work to raise families. 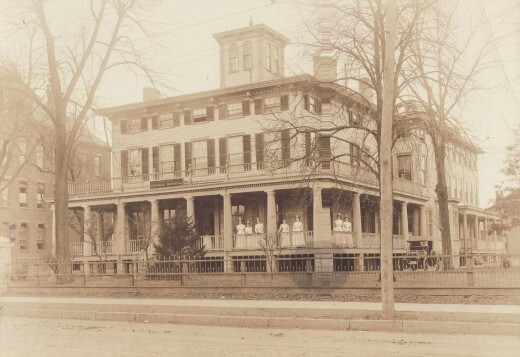 Nurses at St. Peter’s Hospital pose on the hospital’s front porch for an early photograph more than 100 years ago. From our archives.

One of his ideas – an intensive refresher course for nurses pioneered at Middlesex Hospital (now Robert Wood Johnson University Hospital) in New Brunswick – was adopted at 24 hospitals. Johnson also urged the Johnson & Johnson Board of Directors and the company’s operating units to provide financial support for nursing training at hospitals local to them. During one of Robert Wood Johnson’s visits to the nurses’ training program at St. Peter’s Hospital in New Brunswick, he was so impressed by the nurses that he gave them a monthly stipend to provide them with spending money for the duration of their studies. Johnson’s interest in nursing later inspired the founding of the Johnson &Johnson Wharton School Fellows Program in Management for Nurse Executives at the University of Pennsylvania, which became the leading program of its kind in the United States. In 2002, to address another nursing shortage, Johnson & Johnson created The Campaign for Nursing’s Future, a multi-year commitment that continues today.

Aseptic package seal from 1899, signed by nurse Elizabeth W—. From our archives.

Not only has Johnson & Johnson supported the profession of nursing for more than a century, the company also has employed nurses throughout our history. Over a century ago, Elizabeth W—- was the head nurse in the Johnson & Johnson Aseptic Department, our pioneering aseptic manufacturing rooms for sterile surgical products. Elizabeth was responsible for inspecting each sterile surgical product to ensure it was sterile and sealed, and the labels placed over the sealed, inspected containers bore her signature and her title of graduate nurse. Elizabeth’s signature was a symbol of the trust that doctors and nurses had for the company’s products that helped make surgery sterile and save patients’ lives. 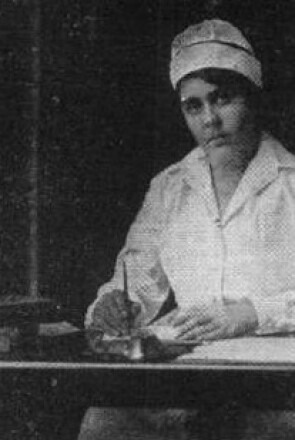 Katherine Hannan, a Johnson & Johnson employee who had a distinguished career in nursing. From our archives.

Another amazing nurse in Johnson & Johnson history is Katherine Hannan, our first female employee to volunteer to serve in the military, during World War I. A second generation employee (her father John Hannan ran our early power house), Katherine worked in our advertising department. She was a trained nurse and in 1917 she volunteered as a field nurse for the U.S. Army. Due to her leadership skills, Katherine was rapidly promoted to head nurse and superintendent of the General Hospital #6 at Fort MacPherson in Georgia. She went on to serve with the American Expeditionary Forces in Siberia in 1918, earning the position of Chief Nurse of the Evacuation Hospital in Vladivostok, Siberia. She and her team of nurses treated soldiers suffering from the deadly 1918 influenza epidemic and, when the war ended, Katherine brought the last contingent of nurses from the hospital in Siberia back to the U.S.

Today, Johnson & Johnson and its employees continue to have a close connection to nursing –through the company’s longstanding support for nursing, and because so many employees have family and friends who are nurses. The company continues its support for this vital profession that has its caring roots so closely tied to the roots of Johnson & Johnson.