They are often referred to as Africa’s “lost generation.” They’re children who’ve lost their parents to HIV/AIDs—and are at risk of losing their lives to the disease, too.

Grace Wairimu was one of them.

Wairimu, who is HIV-positive, was abandoned by her mother on the streets of Nairobi, Kenya, when she was just 11. But today, the 24-year-old is not only surviving, but thriving—thanks to a remarkable place known as Nyumbani Village, which has been helping to rewrite the narrative for Kenya’s most vulnerable citizens since 2006.

In Kenya alone, more than 200,000 kids under the age of 14 have been infected with the virus, and an estimated one million have been orphaned due to the epidemic. Nyumbani, located in the town of Kitui, provides a stable place to live for 1,000 children who’ve been displaced by the crisis.

“Nyumbani is a lifeline for so many people in Kenya,” says Lauren Moore, Vice President of Corporate Citizenship for Johnson & Johnson, which supports the village through educational and other programs. “That’s why we’re so proud to help them continue to move their good work forward.”

Along with access to comprehensive medical care, psychosocial support and on-site schooling, Nyumbani provides something else invaluable to its littlest residents: love and nurturing from a network of elders who’ve embraced the role of surrogate parents within the community.

“If it wasn’t for Nyumbani, I would not be alive today,” says Wairimu, who is graduating from college soon with a degree in journalism. “They provided shelter, education, medication, family and all the love I ever needed. I owe it all to Nyumbani…my home.”

On September 24, Wairimu will represent Nyumbani at the Global Citizen Festival—an annual gathering in New York City of thought leaders and celebrities aimed at spurring action to fight poverty around the world. For a deeper look at what it means to live and thrive at Nyumbani, check out this moving video, which illustrates the positive things that can happen when we come together to help our fellow global citizens. 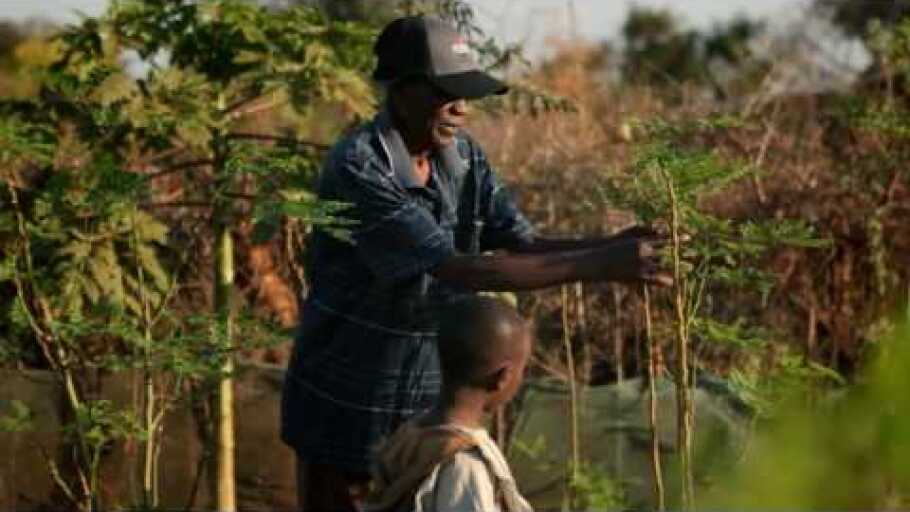 You can help support the children of Nyumbani Village by making a donation at CaringCrowd, a crowdfunding platform dedicated to improving global public health that’s proudly sponsored by Johnson & Johnson.