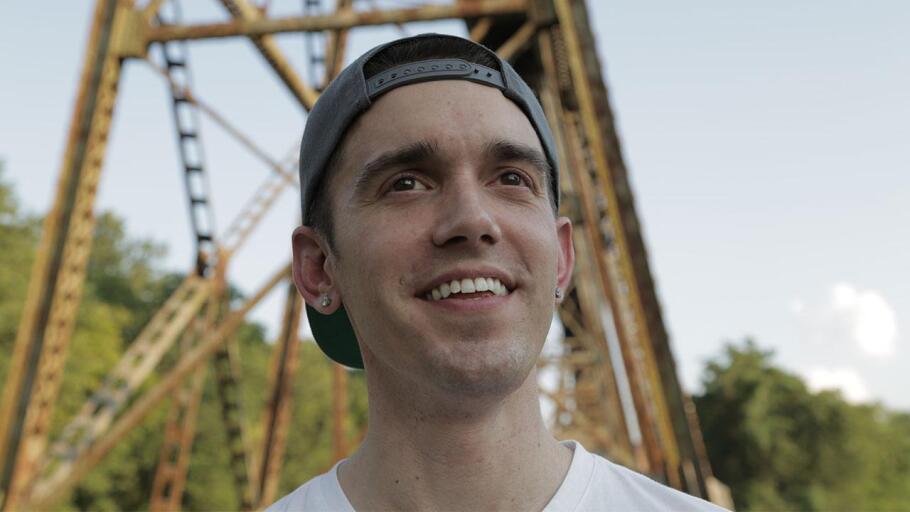 Josh Robbins is Sharing His Story About HIV

But at 29 he was diagnosed with HIV and everything changed.

The first days were spent curled up on the floor.

He searched for anything he could find about HIV on Google. He didn't leave his apartment.

A visit from his mom and dad provided the necessary love and support. His father's words were simple: you've got to live your life.

Soon the fear and panic and misperceptions turned to resolve and then a decision to take this situation and find a purpose.

Imstilljosh.com was created and a conversation began about what it really means to be HIV-positive.

Josh Robbins did see it coming. He thought about HIV every time he had sex. The virus was a ghost that traveled with him, or so he felt. "I finally had to come to grips with the one thing, the only thing, I feared," he says. In some ways becoming positive has had a freeing effect on Josh.

He jumped into blogging and learned about social media, what works and what doesn't. He learned that his content had to be compelling and unexpected. What started as an outlet to tell his immediate community about his status became a much larger community where people draw strength from one another.

"I don't see myself as courageous,” he says. “That would mean that people who keep their feelings about being HIV-positive private are not courageous. That is not true."

Josh's posts and videos keep it real. He isn't afraid of controversy. He also isn't afraid to show his vulnerability. He is a charming, optimistic and often humorous voice in the discussion of HIV.

Johnson & Johnson supports his mission to create a wider dialogue about HIV. Josh had appeared at a few of the company’s conferences and seems to enjoy engaging on all issues.

"I never planned on any of this, obviously, but you make the best of what is in front of you," he says.