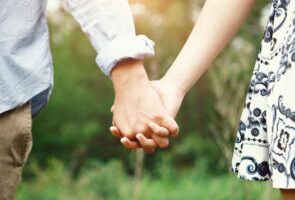 It’s hard for a child to even begin to fathom the impact that being diagnosed with a chronic illness might have on him over the course of a lifetime. When I was diagnosed with psoriasis at eight years old, I only understood that life as I knew it had changed—and not for the better.

Psoriasis is an autoimmune disease that causes raised, red, scaly patches to appear on the skin. And according to the National Psoriasis Foundation, it affects about 125 million worldwide.

Although it is not contagious, psoriasis can be associated with a host of other health conditions, including depression, anxiety, cardiovascular disease, cancer, arthritis and diabetes, among others.

Saturday cartoons and superhero action figures filled my life until psoriasis treatments took over. I hated the messy topical treatments—like awful-smelling coal tar—that I had to put on before bed. I also had to get phototherapy treatments three times a week, which required standing in a booth to expose the psoriatic skin to a dose of ultraviolet light—not exactly the way an elementary school boy wanted to spend his time.

Suffering Alone and in Silence

Psoriasis is a stigmatizing condition. On top of the physical symptoms and potential comorbidities, I faced all kinds of social rejection due to the red, flaky, inflamed, disfigured skin that covered my body. When I needed to change in the locker room at school, kids would call me a freak, expressing fears that I would give them an infectious disease.

Unsurprisingly, I became timid and anxious. I desperately wanted to fit in, but never quite felt like I did. So I focused on achieving instead, becoming a straight A student and a varsity track and cross country runner. But with the drive to perform came more stress and anxiety, which caused my physical condition to worsen to an intolerable point—painful lesions had spread all over my body.

So the summer after I graduated from high school, I opted for what is considered an unconventional treatment and checked into a psoriasis daycare center near Stanford University. Five days a week, for six weeks, the nurse applied a paste called anthralin to my psoriasis plaques, which followed with light treatment that enflamed my skin.

I became the “psoriasis guy,” and others with chronic health conditions came to me for a listening ear. What once felt like a big liability turned into opportunities to help others.

The treatment provided relief for a time, but the plaques returned with a vengeance in college. I remember sitting by myself in my apartment, sobbing into my hands. I felt so alone. I was experiencing a major depressive episode, but nobody recognized it at the time.

I eventually started a course of systemic treatment, the chemotherapy agent methotrexate. It was during that treatment cycle that I realized I needed to speak up for myself, to advocate for my own health—and that of others like me.

It was around the same time that I was invited to share my story of living with chronic severe psoriasis with over 300 of my peers, who thanked me for my courage. That Friday evening, I experienced acceptance for the first time, despite all my inflamed skin.

I began to wear shorts and short sleeves in hot weather—something I’d previously avoided at all costs. If someone made a rude comment, I let it go. I learned to accept myself. I no longer needed to hide.

I became the “psoriasis guy” in my social circles, and others with chronic health conditions came to me for a listening ear. What once felt like a big liability turned into opportunities to help others in small, but significant ways.

I was blossoming into an advocate—a role I readily embraced. I wanted to help others who might go through what I’d experienced in a bigger way. So I summoned the courage to reach out to an editor at a site called HealthTalk to write a blog, which eventually turned into a regular patient expert column for Everyday Health, The Itch to Beat Psoriasis.

I also volunteer with the National Psoriasis Foundation, and this year, I was honored to be an advisory panel member for the HealtheVoices conference, a first-of-its-kind event for online health advocates and patient bloggers living with chronic health conditions. It showed me the importance of the patient voice in empowering people to advocate for themselves and others.

I’ve had more ups and downs with my condition. In my mid-30s, my psoriasis stopped responding to all treatment, and I began a two-year odyssey of trying to find a medication that worked.

My doctor referred my case to the University of California San Francisco psoriasis clinic for a consultation, and the dermatologist there prescribed a systemic pill that began to clear away the psoriasis. Injectable biologic medications became available around this time, too, and the combo treatment has kept my psoriasis under control enough to allow me to function.

Undoubtedly, a chronic disease diagnosis changes a life. As a child, I couldn’t see how that could be for the better. But I now know that having psoriasis gives me the opportunity to make a difference in other lives in ways I never imagined.

Howard Chang is a patient expert and columnist for Everyday Health, where he writes the blog The Itch to Beat Psoriasis. He lives in California with his wife and three children.