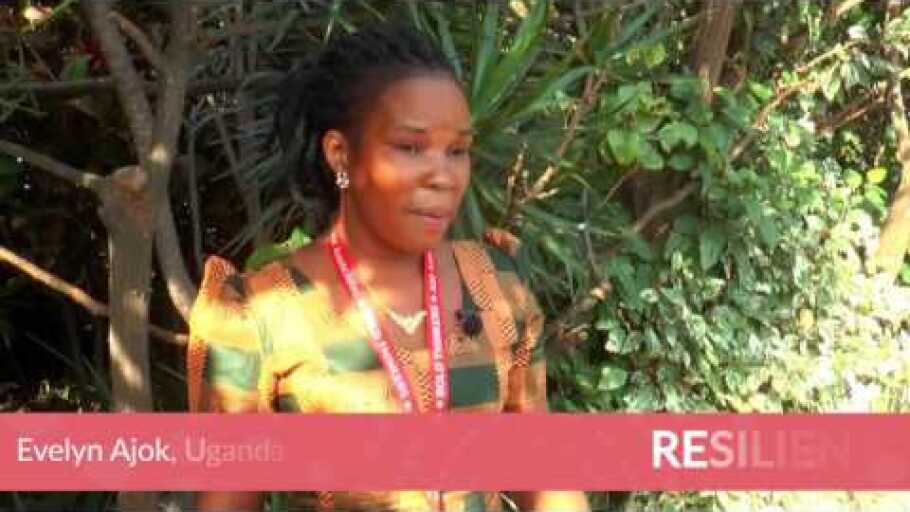 Meet Evelyn, a Mentor for Women With AIDS in Countries With the Highest Rates

Evelyn Ajok of Uganda was separated from her parents at the age of five. At 16, she became a sex worker to support herself and her newborn daughter. Years later, Evelyn was advised to go for testing and learned that she was HIV-positive.

Girls and young women account for 71 percent of new HIV infections among adolescents in sub-Saharan Africa. For many adolescent girls and young women in sub-Saharan Africa, this would have been the end of their story. Instead, Evelyn is taking control of her future through counseling, medication, and the ability to go back to school, as part of the DREAMS partnership.

The 10 DREAMS countries (Kenya, Lesotho, Malawi, Mozambique, South Africa, Swaziland, Tanzania, Uganda, Zambia, and Zimbabwe) account for nearly half of all the new HIV infections that occurred among adolescent girls and young women globally in 2014. The DREAMS partnership is flipping the script for adolescent girls and young women in those countries, creating the opportunity for them to live the Determined, Resilient, Empowered, AIDS-free, Mentored, and Safe lives they deserve.

Evelyn now serves as a peer leader and great example of how the dream of one can inspire the DREAMS of many.

Visit jnj.com/HIV to see additional stories of progress and hope as we reflect on World AIDS Day 2016.