Every 19 seconds, someone in the U.S. learns they have type 2 diabetes. That’s three people every minute who face a dangerous road ahead: If left unchecked, diabetes can lead to heart attack, stroke, kidney disease, blindness—and even death.

One of the toughest things about managing diabetes is that it’s not a pop-a-pill-and-forget-about-it disease. It requires routine monitoring of blood glucose levels, along with diet and lifestyle changes to keep other core health indicators—blood pressure, cholesterol and weight—in check.

Daunting for sure, but it’s certainly doable. And it starts with giving your diabetes digits some TLC.

In fact, that’s the premise behind Imagine: Loving Your Numbers, a campaign and website aimed at helping people with type 2 diabetes better manage their condition. There’s even a quiz you can take to show you how, based on your personality and daily habits.

From an avid athlete to a woman with a family history of the disease, just look at these four patients who successfully took charge of their numbers.

“I Didn’t Think You Could Be Fit—and Have Diabetes” 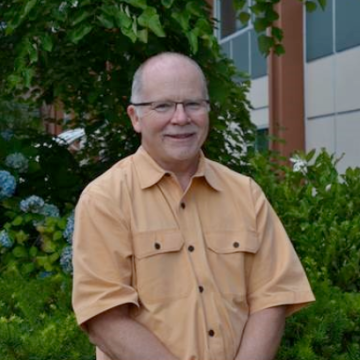 When Art Cutting turned 50, he bought an $1,100 bike—“a midlife-crisis purchase triggered by the fact that I looked like an Oompa Loompa,” he says. With that purchase, he soon became an avid cyclist and even completed endurance rides, like the 200-mile Seattle to Portland Bicycle Classic.

So when a blood test revealed that his LDL (or “bad”) cholesterol levels, which should be under 130, were over 600, he wasn’t overly concerned. But then Cutting, a college instructor based in Federal Way, WA, started to struggle with fatigue.

His doctor gave him an A1C blood test, which provides information about average blood glucose levels. Cutting’s was nearly 12%; a healthy A1C is below 7%. The diagnosis: diabetes.

“My doctor was shocked. And so was I. I didn’t think you could be fit—and have diabetes,” says Cutting, now 59.

At first, Cutting struggled to keep his glucose levels steady. “I was having a lot of ‘low-sugar incidents,’ in which I’d get grumpy and woozy and hot,” he says. “But once I got on the right medication, and switched to a lower-carb diet, everything turned around. I miss things like soda and French fries, but the tradeoff is worth it because my health is so much better.”

Thanks to these changes, Cutting’s weight has dropped from 224 to 189. His blood pressure has gone from 140 to 110. His A1C is down to 5.1, his cholesterol is in the normal range—and his energy levels are off the charts.

“I haven’t actually gotten younger, but this is the next best thing,” Cutting says. “Now I’m fit and healthy.”

“I Was Told I Needed to Weigh Less … and Eat More” 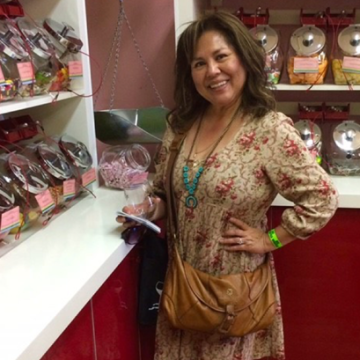 In 2012, when a blood sugar test revealed that Lucia Grimaldo Shiffer was pre-diabetic, her doctor recommended she lose weight. At 5’1” and 172 pounds, Shiffer knew he was right, so she focused on eating veggies and low-fat protein—and dropped nearly 25 pounds in the process.

“But my glucose wasn’t improving,” says 55-year-old Shiffer, a retired rehab counselor in San Jose, Calif. The normal range for fasting blood sugar is between 70 and 100, but Shiffer’s was registering at 300.

Then, in April 2014, she received the news she’d dreaded: She officially had diabetes.

“I was terrified because I’d watched my mom struggle with it my whole life,” Shiffer says. “She went to the ER numerous times because of low blood sugar, and one time wound up in a diabetic coma. She didn’t do a good job of managing her illness, and I knew how dangerous that could be.”

Shiffer’s doctor gave her the standard lecture about diet: no chocolate, no fast food, no soda. “I got really mad,” she recalls. “I said, ‘I can’t tell you the last time I had fast food.’ In hindsight, getting upset was a good thing because I felt challenged to prove him wrong.”

So Shiffer enlisted the help of a nutritionist, who asked her to track her diet for a week, enabling her to identify a surprising problem. “She told me I needed to eat more regularly throughout the day. For instance, I was eating dinner at 5 and going to bed at 11—I was going too long without food,” Shiffer says. “So I started eating a handful of nuts at 8, which helped my blood glucose stay on an even keel.”

Shiffer also began doing yoga and walking two miles most days of the week. These healthy moves, combined with her new diet and medication, helped her lose another 16 pounds. “I feel strong now—and I look good, too,” she says.

Since her diagnosis, Shiffer has learned that several family members have diabetes. “No one ever talked about it [in my family],” she says. “Diabetes is scary, but you have a choice: Manage your disease or let it manage you. If you control it, it doesn’t have to govern your life.”

“If it weren’t for diabetes, I don’t think I’d feel as good as I do today. It took a health scare to get me to see that what I thought was healthy wasn’t.”

If it weren’t for diabetes, I don’t think I’d feel as good as I do today. It took a health scare to get me to see that what I thought was healthy wasn’t.

“I Wasn’t Obese. I Didn’t Eat Red Meat. How Could I Have Diabetes?” 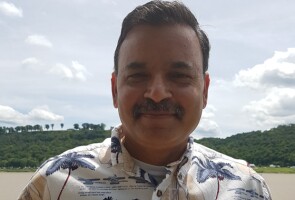 When Bhupen Patel’s blood-sugar numbers came back high after a test, he thought they had to be a mistake.

“I told my doctor to resample and send the blood to a different lab,” recalls Patel, 55, a technological consultant for waste water control in Greenwood, IN. “I’d been feeling low energy for more than six months, but I still didn’t believe I could have diabetes. I wasn’t obese. I didn’t eat red meat. It just didn’t make sense to me.”

There was no disputing the second test: His blood sugar was 280 milligrams per deciliter—100 or lower is considered normal. “My doctor said, ‘You can’t escape it. You have diabetes,’ ” Patel recalls. “ ‘If you don’t follow the rules, you’ll have maybe 10 years to live. But if you manage it properly—with diet, exercise and medication—you can live a long, healthy life.’ ”

That was 1996. Since then, Patel has proved his doctor right. Not that it’s always been easy.

“I thought I had a decent diet, but I realized I had some misconceptions. For example, I had to give up ice cream,” Patel says. “I learned to eat steamed vegetables and plant-based proteins, since I don’t eat red meat or fish.”

He also joined a gym, where he started strength training and walking on the treadmill a half hour each day. “In the first couple of months, I thought it was a waste of time, but when I got my lab results back three months after being diagnosed, my triglyceride and blood sugar levels were closer to normal.”

Still, for many years, Patel’s blood glucose vacillated in and out of a healthy range. His doctor tinkered with his medication over time, and finally, in 2012, his blood sugar stabilized.

“Now all my numbers are normal, and I actually see my diagnosis as a blessing,” Patel says. “If I hadn’t developed diabetes, I don’t think I’d be as fit or active—or feel as good—as I do today. It took a health scare to get me to wake up and see that what I thought was healthy really wasn’t."

“I Always Had Energy to Spare. Why Was I Suddenly Always So Tired?" 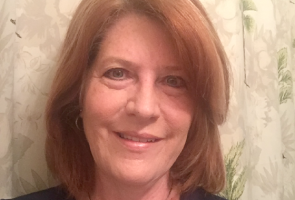 When Sherry Schaffer returned from a hiking trip to Newfoundland in 2006, she was exhausted. Her doctor said it was probably just post-vacation fatigue, but it didn’t let up. It was particularly worrisome to Schaffer: As a lifelong swimmer, hiker and tennis player, she always had energy to spare.

“All of a sudden, I was literally dropping when I got home from work,” recalls Schaffer, 59, a medical assistant in Schenectady, NY. “And I was gaining weight like crazy.”

Worried she might have mono or Lyme disease, she went back to her doctor. This time, he ran blood tests, which revealed that her blood glucose was elevated. “I learned I had diabetes on my 50th birthday,” she says.

The news terrified her. “To say I freaked out would be an understatement,” she says. “I had just lost my father, who had diabetes, to pancreatic cancer, and I couldn’t believe I was now getting the same diagnosis. I thought it was a death sentence.”

So she worked to change her lifestyle to better manage the disease—but it wasn’t an easy process. “It took me a good year to get used to eating mostly veggies and protein, and as a needle-phobe, it took just as long to get comfortable with the finger pricks I need to do two to three times a day to check my blood sugar,” Schaffer says.

The final piece of the puzzle was finding the right medication. Schaffer tried several different drugs, but none seemed to help enough to get her weight and blood sugar levels down to healthy ranges.
Then, in 2013, after starting a new medication, her blood glucose levels stabilized significantly within a month. A couple of weeks later, she noticed that her scrubs were getting looser. After another six months or so, her weight dropped from 170 to 143—and it has been stable ever since.

“That summer, I went to Cancun and was able to snorkel and hike and keep up with the other people on the trip,” she says. “Now I briskly walk three or four miles every day after work. It took me a while to dial in my self-care, but now that I have, I feel terrific.”

For more on how you can take charge of your diabetes and the Imagine: Loving Your Numbers campaign, go to ICanImagine.com.