Share
Kicking smoking can be tough, but these five tips from a behavioral expert who specializes in smoking cessation can help set you up for success.
By Kaitlin AhernJanuary 21, 2018
Today's Top Reads Close

Throughout the month of January, we’re serving up a series of “New Year, New Healthy Habits” articles on how to tackle common bad health habits by adopting some simple behavior change techniques. We’ve covered tips on how to slay stress, sleep better and shed pounds. This week, we’re looking at another prevalent health concern: how to kick smoking.

If your 2020 New Year’s resolution is to quit cigarettes for good, you’re likely in good company.

480,000That's how many deaths are caused by cigarette smoking each year in the U.S.

According to the Centers for Disease Control and Prevention (CDC), about 15% of U.S. adults smoke cigarettes. And while that number is the lowest on record since researchers began tracking this data in 1965, cigarette smoking is still the leading cause of preventable disease and death in the country, accounting for nearly a half-million lives lost each year. On top of that, more than 16 million Americans are living with a smoking-related disease, according to CDC estimates.

It’s no wonder, then, that nearly 70% of those who smoke want to stop.

Ready to kick the habit yourself? Set yourself up for success with these tips from Robert Reid, Ph.D., MBA, Deputy Division Head, Prevention and Rehabilitation at the University of Ottawa Heart Institute, and an expert who consults with Johnson & Johnson Canada, as well as anti-smoking advocacy groups and government organizations.

Set Short-Term Goals That Can Lead to Long-Term Results

“A lot of times people use their birthday or another event to set a time for when things are going to change,” says Reid. “From a behavioral standpoint, that’s a good thing.”

But the key, he adds, is to be specific with your timeline—and realistic.

“The idea of quitting completely can be daunting because many people can’t picture their life without smoking cigarettes,” Reid says. That’s why he encourages people to set intermediate goals focused on gradually reducing the amount they smoke. Breaking down your ultimate goal into more easily achievable steps allows you to see progress along the way—which you should celebrate!—and helps keep you motivated.

“As you go through the process, think about short-term milestones,” Reid says. “For example, going a day without smoking at all or 50% less than before, then gradually building that up to a whole week and then a month. In fact, if you can make it 30 days without a cigarette, you’ve increased the likelihood you’ll be smoke-free for one year by a factor of eight.”

Once you have a goal in place, it can be useful to start the quitting process with some self-monitoring. In other words, make note of when you typically smoke, who you’re with when you do it and what your mood tends to be when you feel the urge to smoke. Gathering this information can help you identify triggers that make you more likely to pick up a cigarette—and then you can work to avoid them.

“You might then want to rank your smoke breaks from most to least satisfying,” suggests Reid. “This exercise can give you good intelligence about triggers that might be easier to give up than others.”

Change your habits around lighting up to make it less desirable, like confining your tobacco use to the outdoors. And instead of buying a carton of cigarettes, get a single pack to make it more difficult to reach for another when you run out.

According to Reid, three common triggers are being around other smokers, drinking alcohol and being stressed or sad. While it’s best to avoid these situations during the quitting process, that may not always be possible, so “use your knowledge about your triggers and develop a strategy to manage your cravings before they happen,” Reid says. “For example, if you know you’ll be spending time with a friend who smokes, you need to have a response ready for when they offer you a cigarette.”

“Think about some things you’re going to do to replace the role tobacco plays in your life,” Reid suggests. If you use smoking as a tool to overcome stress, for instance, you may want to replace it with a healthy relaxation technique, such as yoga or meditation.

Meditate to … Boost Your Confidence? You Can With These 3 Modern-Day Meditations

“I always encourage people to just get out and do things differently,” Reid says. “Learn a new skill or sign up for a new program—anything to divert your mind from smoking.”

Another tip is to change your habits around lighting up to make it less desirable, like confining your tobacco use to the outdoors. And instead of buying a carton of cigarettes, get a single pack to make it more difficult to reach for another when you run out.

“The best approach we’ve seen is combination nicotine-replacement therapy (NRT),” Reid says. “That includes a slower-acting NRT product, like a patch for baseline nicotine, combined with a fast-acting NRT, like an inhaler to top up nicotine as needed.”

NRT products like Nicorette® nicotine-replacement gum and lozenges have been proven effective in helping people both quit smoking and reduce the amount of cigarettes they smoke.

Reid adds that e-cigarettes are also being used by some individuals as a form of nicotine-replacement therapy. But while limited research says vaping is less dangerous than smoking a traditional cigarette, it’s often not effective in helping people kick the habit.

“They are highly variable in terms of manufacturing standards and the way they deliver nicotine, which makes it difficult to precisely dose nicotine using an e-cigarette, making them a challenge to be used for quitting,” Reid explains, adding “most people continue to smoke cigarettes and use the e-cigarette interchangeably. To be effective, you need to use it with the intention to replace every single cigarette you smoke.”

Even with replacement therapy, kicking nicotine can be tough. But there’s no shame in getting professional help.

Many states offer a free smokers’ help line, which allows residents to access quitting support and services over the phone. Another option is to speak with your doctor, who may be able to offer additional resources.

“There’s a wealth of information out there, as well as plenty of other people going through the same process,” says Reid. “My advice is to seek out as much of it as you can.” 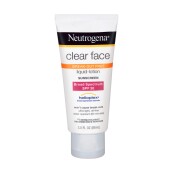