Most people who come down with this common infection of the lungs and respiratory tract just think they have a regular head cold, since symptoms are usually mild. But for some people, respiratory syncytial virus (or RSV, as it’s mostly commonly called) can quickly turn serious.

In fact, there are approximately 33.8 million new episodes of RSV in young children every year worldwide. Moreover, RSV causes around 336,000 hospitalizations in older adults worldwide each year.

“RSV is so common that most children have been infected with it by age 2,” says Jason Chien, Vice President, Disease Area R&D Leader, Respiratory Infections at the Janssen Pharmaceutical Companies of Johnson & Johnson.

Now that October—and RSV Awareness Month—is upon us, and with it the start of winter germs season, we’ve rounded up some handy information to help expand your know-how about the virus.

Most people think of RSV as an infection that mainly affects babies and toddlers, and although it’s true that these little patients do tend to be most susceptible to contracting the virus, plenty of adults—especially older adults, those with pre-existing conditions or those who are immunocompromised—can get sick with RSV.

“We are at risk of contracting RSV infections throughout our entire adult lives,” says Chien, who leads the company’s program to develop treatment solutions for RSV. “In otherwise healthy adults, the symptoms of RSV are usually mild, like that of a cold. But if you’re over age 65, have chronic heart or lung problems, or are immunocompromised because of another condition, you could have a higher risk of developing complications from RSV, such as bronchitis or pneumonia.”

It often gets confused for a common cold.

The onset of RSV can look much like that of an average cold or flu—early symptoms include a congested or runny nose, coughing, sneezing, sore throat and a fever. However, unlike a mild cold, RSV can very rapidly spread from the nose and throat into the lower respiratory tract, where the infection can cause inflammation in the tissues of the lungs and tiny bronchial air tubes.

“Because it is often not possible to differentiate the onset of RSV from other respiratory illnesses clinically, it is important to be aware of the potential symptoms of RSV in children and adults,” says Justine Donnelly, Disease Area Commercial Leader, Respiratory Infections at Janssen. “One RSV symptom that can present in infants and children is a blue tint of the skin around the mouth or fingernails due to lack of oxygen. It is important to seek immediate medical attention if your child or anyone at risk of severe RSV infection has difficulty breathing or a high fever.”

You're more likely to get sick with RSV during the colder months of the year.

Like the influenza virus, the peak season for contracting RSV runs from late October to early April in the U.S. The one exception: Florida, which sees cases throughout the year, thanks in large part to its higher temperatures and humidity.

There isn't a lot you can do to treat RSV.

Currently, there is no effective antiviral treatment available for an RSV infection. For mild cases, over-the-counter medications can help alleviate such symptoms as a runny nose, cough and fever. To relieve congestion and help improve breathing in a baby, some doctors may recommend cleaning mucus from the nose with a bulb syringe or over-the-counter saline spray.

At-risk individuals should be carefully monitored. And if you notice such symptoms as abnormally fast breathing or a “caving-in” of the chest in between the ribs and under the ribs (a sign that someone may not be receiving adequate oxygen), contact a doctor immediately.

“RSV can result in a substantial medical and economic burden globally,” says Donnelly. “Estimated hospitalization costs attributed to RSV in people aged 65 years or older exceed $1 billion in the U.S. annually. Moreover, RSV is the #1 reason babies in the U.S. are hospitalized within their first year of life.”

But there are a few things you can do to help prevent RSV.

The virus can be spread through coughing and sneezing, or by touching infected surfaces.

Children under the age 2 who are at high risk of serious complications from the RSV virus—such as babies born prematurely or infants who have congenital heart or lung disease—can receive a preventative monthly injection for five months during RSV season.

You can also take other basic preventative steps to help reduce the risk of RSV and other respiratory infections, including frequent hand-washing, covering your coughs and sneezes, staying home when you are unwell, limiting your potential exposure to sick people and frequently cleaning such high-traffic areas as doorknobs and children’s toys that can easily be contaminated.

And there are potential RSV treatments in development.

Janssen’s research & development team is pursuing multiple avenues to reduce the serious harm caused by RSV infections, such as evaluating potential treatments for RSV infection that aim to reduce viral load and clinical symptoms by targeting the virus at different stages of its replication.

Researchers—including those at Janssen—are also working to find preventive approaches to RSV, including a potential investigational vaccine for adults.

“With so many millions of people affected by RSV each year, we need solutions that address the significant morbidity and mortality caused by the virus,” says Chien. “We are committed to working to bring prevention and treatment options to those in greatest need.” 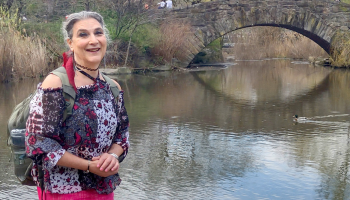 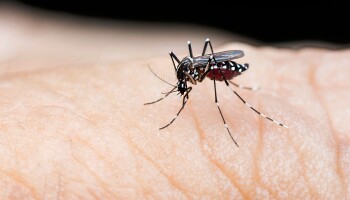