A Reason to Smile: New Study Looks at Gum Disease and the Potential Benefits of Flossing

Share
In time for National Dental Hygiene Month, we're sharing the findings of a recent report that counters claims that the habit has no health benefits.
By Julie RevelantOctober 05, 2017
Today's Top Reads Close

That was the message many people got after the Associated Press released a report last year that showed a lack of evidence to support the medical benefits of flossing.

But recent research conducted by the Janssen Research & Development Department of Epidemiology and Johnson & Johnson Consumer, Inc. has found that flossing is associated with a lower prevalence of periodontitis.

Researchers found that people who flossed once or more each week were 17% less likely to have gum disease than those who flossed less frequently.


The study, published in the Journal of Clinical Periodontology, placed participants into three categories: those who flossed or used an interdental brush (a small brush used to clean between your teeth) zero to one time per week, two to four times a week, and five or more times each week.

After researchers adjusted for factors like age, gender and smoking, they found that people who flossed once or more each week were 17% less likely to have gum disease than those who flossed less frequently. They also determined that flossing one or more days a week reduced the risk for periodontitis by 23%, compared to not flossing at all.

Since this was a cross-sectional study—meaning it didn't track subjects over a long period of time—a direct cause-and-effect relationship between flossing and gum disease could not be proven.

9 Johnson & Johnson Inventions That Changed Life as We Know It

Nevertheless “it provides some assurance that there may be some benefit to flossing,” says the study’s co-author, Mike Lynch, D.M.D., Ph.D.

So keep at it—your mouth may thank you later. 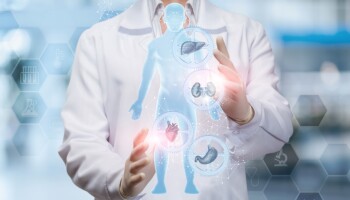