Share
Spring sprucing isn't just about doing a deep clean of your home and swapping out your wardrobe. Now is also prime time to make some behavior-based adjustments around the office, too.
By Moira LawlerApril 08, 2018
Today's Top Reads Close

There’s something about springtime that inspires people to take stock of what’s working in their lives—and what could use a little attention. Maybe you don some rubber gloves and launch into an intense scrubbing session around the house, or perhaps you organize every closet, swapping out sweaters for summery shorts.

A 24-Hour Guide to Improving Your Allergy Symptoms

But why stop there?

We’re betting your work life could use a little TLC, too. After all, it’s where you probably spend eight-plus hours a day, and it comes with its own set of issues that may be keeping you from living your best life—especially as it pertains to your health and wellness.

We’re not just talking about the sugary treats in the conference room (although those certainly can get in the way of any weight loss goals), but also the mental and emotional roadblocks that can make you feel out of sorts.

Ready for a little work life spring tune-up? Read on for expert advice on how to tackle five common workplace dilemmas.

The Dilemma: You Struggle With Work/Life Balance

If work/life balance sounds elusive, that’s because it is. “I don’t think it exists,” says Jennifer Lea

The Spring Clean: Rather than setting out to achieve the mythical work/life balance each day, realize that different parts of your life will require more energy than others on certain days. One day, for instance, work commitments will rise to the top—say, if you need to stay at the office late to wrap up a project. Other days, family commitments will be the most important.

If you feel good and in control, then you're probably doing it right. “But once you start to feel guilty, or like you have to make sacrifices, that means your choices and behavior likely are misaligned with what you believe to be most important,” Lea says. “That’s when we start to feel out of balance.”

Ideally, you’d be able to leave home at home and work at work. But that isn’t always realistic for the modern-day workplace, Lea says, so allow yourself to oscillate between your work life and home life as needed throughout the day.

“Focus on what you have in front of you at the moment,” Lea says. For instance, a work/life integration might involve spending five minutes connecting with a family member in between meetings, or giving yourself 15 minutes to check emails once the kids have gone to bed.

The Dilemma: You Sit for Eight Hours Straight

You’ve heard it before: Sitting is the new smoking. A study published in the American Journal of Epidemiology, which included data from more than 120,000 people, found inactive women who sat for more than six hours per day had a 94% increased rate of mortality compared to more active peers who sat for less than three hours per day. And, yet, you may still find yourself parked in front of your computer, claiming you’re too busy to take a break.

The Spring Clean: It might sound counterproductive, but taking the time to move—and we’re talking short spurts throughout the day, not necessarily a time-consuming workout—could actually make you more productive. “If you’ve been sitting at a desk a long time, you’re likely fatigued and not producing at your best,” says Chris Jordan

Jordan points to a study he participated in that compared a group of people who moved for five minutes every hour—known as microbursts—with a group that crammed all of their movement into a single, 30-minute exercise session. The group that moved throughout the day ended up feeling more energized, wasn’t as hungry and reported feeling better overall.

Microbursts: 4 Ways This Simple Concept Could Reboot Your Life

Jordan suggests weaving three categories of movements into your workday:

1. Stretches, such as pulling your knee into your chest or extending and flexing your ankles. Hold each movement for 10 to 30 seconds.
2. Small movements you can do sitting down, such as shoulder rolls and arm circles. Perform these 10 times in each direction.
3. Large movements that require you to ditch your chair, such as going for a walk or doing squats while listening to a conference call.

All of these activities, Jordan says, can improve blood flow, relieve muscle tension, boost energy levels and, over time, improve your health.

The Dilemma: You're Constantly Confronted With Unhealthy Office Treats

From birthdays to holiday parties, there’s a lot to celebrate at work. Each shindig—and even less celebratory ones, like run-of-the-mill meetings—is likely filled with unhealthy noshes. If you’re committed to eating healthfully, these are the very things you’re trying to avoid, since “they offer empty calories or high calories with little nutritional value,” says Tracy Lesht, M.S., RD, CDN, a clinical dietitian at NewYork-Presbyterian Hospital in Manhattan.

The Spring Clean: If you’re not planning the event’s menu, you don’t have much control over what’s being served. So your best defense is to eat a healthy snack beforehand. This way, you won’t be hungry, and you’ll be less likely to dig in.

Lesht suggests keeping a desk drawer stocked with such nutritious snacks as almonds, sunflower seeds, fruit and unflavored oatmeal packets. “The nuts and seeds are a great source of protein and fat that can revive you when you are hitting an afternoon plateau,” she says. “And fruit eaten alone or mixed with an unflavored oatmeal packet is a healthy snack full of fiber that can help hold you over until your next meal.”

And for times when you go out for lunch at restaurants, where dishes tend to be higher in calories, check out the menu online in advance. “This way, you'll be prepared to order the healthiest option,” Lesht says, adding you should also try to be the first person to order so you’re not tempted to switch your salad order when someone else chooses a cheeseburger and fries.

Lea compares stress to exercise, which puts physical stress on your body—but also makes you stronger. Stress in your work life could offer similar benefits, so long as you think about it as an opportunity for positive change.

The Dilemma: You Feel Bogged Down By Stress

Stress gets a bad rap. “Oftentimes we hear that stress is detrimental, and it absolutely can be when it’s chronic or when the stress is too high and the body just can’t take it,” Lea says. According to an American Psychological Association poll, 61% of Americans reported feeling stressed about work in 2017. If stressors continue for a long time, they can interfere with your immune, digestive, sleep and reproductive systems.

But there’s also an upside to stress: “In the right doses it can actually push you to grow,” Lea says.

The Spring Clean: Lea compares stress to exercise, which puts physical stress on your body—but also makes you stronger. Stress in your work life could offer similar benefits, so long as you think about it as an opportunity for positive change. For instance, a challenging conversation with a colleague could help you grow as a leader, while a stress-inducing email could be a chance to improve your patience, Lea explains.

But let’s be real: You’re still going to feel overly stressed at some point. When that happens, focus on what you can do to recover. “You have to take time to decompress and do things that help you feel a sense of renewal and help you recharge,” Lea says.

What that looks like is different for everyone. Maybe you commit to getting seven to nine hours of sleep per night, or take the time to call a loved one during your lunch break. Lea also suggests practicing gratitude to combat stress—taking a minute to think about what you’re thankful for can remind you of the things that matter most.

The Dilemma: You Feel Stuck in Your Job

Sound familiar? You’re not alone. According to a recent Gallup poll, only 29% of millennials report feeling engaged at work. Mary Fox, CEO and co-founder of the career-coaching service Marlow, says the number is shocking, but accurate. “That statistic is heavily based in expectations,” she says. “Most individuals assume their company has a very big role to play in making sure they’re happy at work.”

Here’s the problem: Few employees have outlined these expectations with their managers, and many don’t know what would make them content in the first place. “It’s a lot of pressure to expect a company to make you happy if you don’t know what that would be,” Fox says.

The Spring Clean: Fox suggests stepping back and asking yourself: Why am I not engaged at work? Why do I dread Mondays? “It’s often about how you’re being treated or the type of work you have,” she says. “And those are things that are within your realm of influence.”

So take your job satisfaction into your own hands by identifying what’s important to you. Is it feeling respected by your team? Having a role with room to grow? Once you figure that out, have a conversation with your manager. “You can influence your environment just by having a dialogue,” Fox says.

If your boss is resistant to your ideas, it may be time to search for a new role—but consider this your last resort. In most cases, Fox says, the engagement problem isn’t solved by switching jobs. It’s usually about identifying what you need to be happy and adjusting your current role to meet those needs. 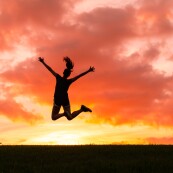