Share
Surprise: It's massage. Three experts share the latest findings on how infant massage has the power to do everything from help improve your baby's slumber to boost learning well into adolescence.
By Stephanie WoodJune 12, 2017
Today's Top Reads Close

ouch has been called the “mother of all senses.” And for good reason: “It’s the first sense to develop while babies are still in the womb,” explains Christina Lee

Christina LeePrincipal Scientist, Johnson & Johnson Consumer Inc., a biomedical engineer and Principal Scientist at Johnson & Johnson Consumer Inc. who specializes in baby research. “And once they’re born, since the skin is the body’s largest organ, there are many opportunities to communicate with them through touch every day.”

Yet many moms say they don’t give their babies regular massages. "They may think that infant massage will be hard to learn, or can only be performed by an expert, but there are many ways parents can do it that will work for them and their baby," Lee says.

In fact, the power of touch—from putting on lotion before bedtime or snuggling after a bath—can potentially provide infants with physical, emotional and cognitive benefits.

Curious to learn more? We've rounded up five research-proven ways that massage can boost a baby's brain power and growth.

Only 23% of parents understand that baby massage is extremely important to their child’s brain development, and 14% say it’s not important at all, according to a Johnson & Johnson-commissioned Harris Poll.

In one study published in the journal Infant Behavior and Development, 4-month-old babies were given either eight minutes of massage, eight minutes of play time or no stimulation prior to watching a video of two toy hammers tapping at different tempos. When they grew bored (a state known as habituation in infant research), the videos were changed so that the hammers switched tempos.

The babies who received the massage looked significantly longer at the last videos than the other infants, suggesting they recognized something was different post-rubdown.

In another study in the journal Early Child Development and Care, one group of preschoolers was given a reasoning skills test, followed by a 15-minute massage, and then the skills test again. A control group was read a story instead of receiving the massage.

The result: Kids in the first group performed better on the follow-up test than the ones who were read the story.

If it's done at the right time—not when your baby is fussy, hungry or overtired—massage can enhance learning.

These findings suggest that massage, which increases alertness, seems to improve cognitive performance in the moment, as well as in the long term. “It causes a boost in brain activity in the thalamus and sensory cortex,” Lee explains.

This activity is especially important in the first three years of life because it helps to form the tiny connections known as synapses between your baby’s brain cells. The type, quality and frequency of sensory stimulation your little one receives directly affects how many synapses are formed, get stronger—and become permanent.

“A massage is pleasantly arousing—and that stimulation also enables a baby to take in more information,” says Karen Adolph, Ph.D., Professor of Psychology and Neural Science and a Principal Investigator at the New York University Infant Action Lab. “If it's done at the right time—not when your baby is fussy, hungry or overtired—massage can enhance learning.”

Everyone loves a good cuddle, but routine positive massage can provide comfort and reassurance that helps your child feel safe, builds trust and fosters bonding.

In fact, skin-to-skin contact within two hours of birth has been shown to benefit interactions between a mom and her baby up to one year later, Lee notes.

“Think about how other species regularly touch their babies through grooming—regular massage communicates the same positive emotions, boosting your baby’s confidence and helping your infant learn how to relate to others,” Lee says.

Indeed, a study in the Journal of Applied Developmental Psychology found that when infants receive consistent and repetitive touch from a loving caretaker, they make eye contact 50% more often, vocalize and smile more, and are three times more likely to have an overall positive expression than babies who aren’t massaged.

Massage Can Help ... Your Baby Grow

Decades of research on premature and low birth weight infants has found that regular massage can help them develop faster, notes Lee.

For instance, a landmark study by pre-eminent touch researcher Tiffany Field, Ph.D., director of the Touch Research Institute at the University of Miami School of Medicine, found that preterm newborns who received three 15-minute sessions of touch therapy each day for five to 10 days gained 47% more weight than preemies who only received standard medical treatment.

These babies also demonstrated increased motor activity and had better neonatal behavioral assessment scores, likely due to the stimulation caused by the massage sessions. And their hospital stays were six days shorter than the preemies who only received standard medical care.

Did you perk up just reading that? It’s true: Making massage a consistent part of your little one’s bedtime routine may get your baby to slumber sooner, Lee says.

Research published in Early Child Development and Care found that when babies and toddlers with sleep onset problems were given 15-minute massages prior to bedtime for one month they began to fall asleep sooner than children who didn’t receive massages.

Infants who get most of their sleep at night—as opposed to daytime naps—have been found to do better on tests of executive function, mental flexibility and memory at age 2.

Another study found that a massage before bedtime provided a strong nighttime cue that helped newborns adjust to a more favorable sleep-wake cycle by the age of 8 weeks. Those same babies also produced more melatonin, a sleep regulator, during the night by the age of 12 weeks.

While better sleep is certainly a boon for you, it’s also a brain-builder for babies. Infants who get most of their sleep at night—as opposed to daytime naps—have been found to do better on tests of executive function (the cognitive ability to control thoughts, emotions and actions), mental flexibility and memory at age 2. The greater the proportion of nighttime sleep, the higher the toddlers’ scores were.

Seeing your baby sit up, crawl and walk is one of the great thrills of parenthood—and touch has the power to advance all of these motor skills.

“In parts of Africa, India and the Caribbean, massage, stretching and exercises like practicing stepping are part of a baby’s daily routine, and those children sit up and walk at earlier ages than infants in Western culture,” Adolph says.

This is noteworthy because increased motor skills cause what Adolph calls “a cascade of development” that can lead to new opportunities for learning. If a baby can crawl, for example, he can reach and explore something he couldn’t get to before.

And the benefits go well beyond the early years: Research published in Psychological Science has shown that children who had more mature motor skills when they were 5 months old were more academically successful at age 14! 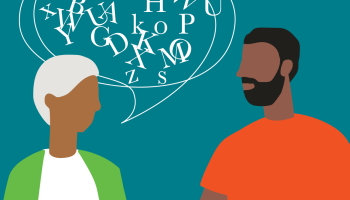