This Is Your Body On Seasonal Allergies: A Look at What Happens When Pollen Invades

Share
Gesundheit! Now that spring is officially here, you may be bracing for itchy, watery eyes and sneezing. But do you really know why your body seems to be waging war? We take you on a cellular-level tour of what happens when allergies strike.
By Elizabeth MarglinApril 24, 2017
Today's Top Reads Close
D

oes your nose start to twitch just thinking about springtime buds peeking out from the soil?

If you live in dread of pollen, you’re in good company. According to the Asthma and Allergy Foundation of America, roughly 50 million Americans will be sneezing from seasonal allergies—formally known as allergic rhinitis—this spring.

And the prevalence of allergies is on the rise, although experts aren’t quite sure why.

Some point to climate change and warmer temps that can cause an increase in pollen levels. Others, such as Eric Macy, M.D., an allergist-immunologist affiliated with Kaiser Permanente San Diego Medical Center, cite the hygiene hypothesis: The idea that reduced exposure to diverse pathogens (dirt, basically) in the first few months of someone's life leads to the onset of allergies later in life.

Whatever the reason, “about 10% of Americans have clinically significant environmental allergies,” Dr. Macy says.

Ever wonder what exactly happens when pollen meets nostril? During a seasonal allergic reaction, an overly vigilant immune system orchestrates a complex mix of cellular and chemical interactions within the body. The most common outcome is this lovely combo: congestion and other allergy symptoms, like itchy, watery eyes and sneezing.

Want to know what makes your normally sensible immune system go into overdrive when it comes into contact with everyday spores? Read on. 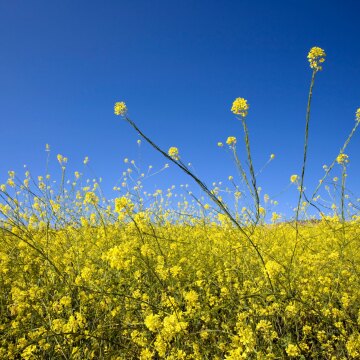 Ragweed, a common allergen, in bloom

Allergies are often triggered by pollen from grass, weeds, trees and mold. The pollen grains are carried by the wind and can land in your eyes and nose and on your skin. Traditionally, mid-to-late spring through summer is when most of these allergens are in bloom, but it also depends on where you live.

And your body’s seasonal allergy response actually starts long before you even notice a sneezy nose or itchy eyes.

If you are predisposed to allergies, the first time your body encounters a specific allergen, like ragweed, you won’t actually have an allergic reaction. When your nose lining comes into contact with that ragweed, it will produce an immune system protein known as an antibody—immunoglobulin E (IgE), to be specific.

In a process called sensitization, the immune system stores this antibody in its memory in anticipation of future encounters with ragweed. During this sensitization period, the ragweed pollen is surrounded by a group of immune cells called antigen-presenting cells (APC), which in turn command the attention of lymphocytes (aka white blood cells) that recognize the pollen as a foreign entity.

Next, a subcategory of white blood cells called T lymphocytes and B lymphocytes goes into action to divide and conquer: Some attack the invading pollen, while others work to help the body dispel them. Then a few more troops get called in, namely mast cells and basophils—both of which store chemical mediators, such as histamine, that are thrown out in response to stimulation, leading to typical allergy symptoms.

“The mast cells become like a ticking bomb,” says Pramod Kelkar, M.D., an allergy and immunology specialist who practices in Maple Grove, Minnesota. When these mast cells bind to IgE—that antibody your body produces when it inhales ragweed pollen—it lights their fuse, he explains.

Get your kids dirty early. Once you’re sensitized, there’s no way to undo that. Being too clean is not good.

Once primed, these mast cells and basophils can remain ready to reignite for months and even years when they come into contact with ragweed again. Typically some time will have elapsed between exposure and priming, but in rare cases, you can have an allergic reaction after your very first encounter with ragweed again after priming.

So where does all that sniffling and sneezing come from? Blame those mast cells, which are helping your body expel the invading pollen. 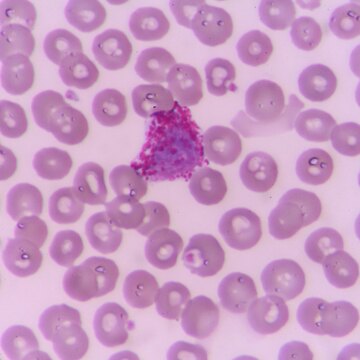 A close-up view of a basophil

Wherever the showdown takes place—the eyes or nose, for example—is where the body will present allergy symptoms. “Mast cells contain histamines. And when they burst, the histamine chemicals release like a small explosion,” Dr. Kelkar explains. “The increased blood supply to the area engorges the blood vessels, causing nasal congestion."

Your immune system thinks it’s doing a stellar job of protecting you from foreign invaders, but the response is overblown. (No surprise to anyone who has dealt with itchy eyes and nonstop sneezing.) These symptoms tend to peak after 30 minutes, and then begin to recede.

How to Get Control—and Even Get Ahead—of Seasonal Allergies

The best approach is to avoid the pollen that causes symptoms, advises Dr. Macy. “The more you can avoid inhaling the stuff you are allergic to, the fewer symptoms you will have,” he says.

A 24-Hour Guide to Improving Your Allergy Symptoms

A good first line of defense? Knowing what to expect each day. You can check the allergy forecast in your area each morning with the AllergyCast® app, which provides pollen count results by zip code. The app also lets you log your symptoms over time to help you see if specific seasonal or behavioral patterns could be influencing your allergies.

You can also try an antihistamine, which prevents symptoms by, you guessed it, blocking those sneeze- and itch-inducing histamines from attaching to cells in your nose and eyes.

Steroids may also be an option for nasal-focused allergy issues. OTC nasal steroids work to deplete your nose of those inflammatory mediators, which are activated by allergies. Nasal steroids work over time, so you have to use them daily for two weeks to notice maximum relief.

For more severe nasal allergy cases, immunotherapy may help your immune system stop overreacting to allergens and reduce symptoms by exposing your body to increasing doses of injected or oral allergens. The idea is that through regular injections or oral tablets of small doses of an allergen over a period of time, your body gets habituated to the stimulus and learns to adapt.

It typically takes at least three years to get optimal benefits from oral or injection immunotherapy. Since it’s a more time-consuming process, says Dr. Macy, many people who start don’t finish—and you have to finish to reap the benefits. If you do stay the course, however, this form of treatment can be very effective, helping control symptoms long after treatment concludes.

The promising news is that prevention is also possible—but only if you start young. “Get your kids dirty early,” Dr. Macy suggests. “Once you’re sensitized, there’s no way to undo that. But if you grow up somewhere like on a farm, the probability that you will be allergic to anything is basically zero. Being too clean is not good.”

The lesson? You’ll do the next generation a huge favor if you become a little more generous with germs.