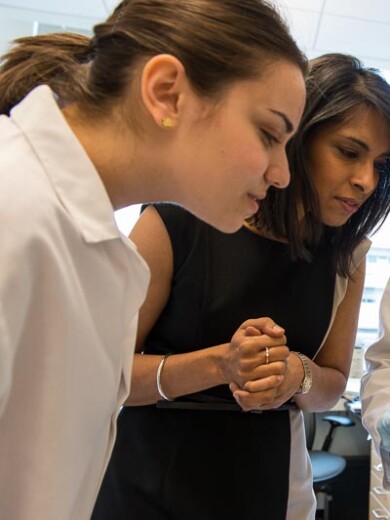 On Women's Equality Day, we're celebrating Johnson & Johnson, JLABS entrepreneurs who are working on innovations—like a simple way to detect Alzheimer's before it manifests—that have the potential to improve the healthcare industry.

n 1971, Women's Equality Day was established to commemorate the passage of the 19th Amendment, which gave women the right to vote. Since then, there's been both progress and setbacks when it comes to equal rights for women, but one thing's for sure: Women are changing the world. And they're doing it right here at Johnson & Johnson.

Just look at the innovative work coming out of Johnson & Johnson Innovation, JLABS—the incubator arm of the company that helps healthcare startups bring their ideas to life across eight JLABS locales throughout the U.S. and Canada.

"I decided to work at JLABS because I wanted to be aligned with a company whose mission is aligned with mine: helping people," says Kim Evans, CEO of Seremedi, which is currently based at a JLABS in Houston, Texas.

The innovations that women like Evans are nurturing could very well alter the future of healthcare—from detecting cancer earlier and more accurately to helping end the opioid epidemic.

Sound impressive? It's all in a day's work for these women. 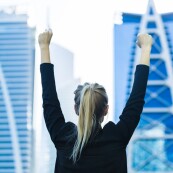