Riding the Start-Up Roller Coaster: What It's Really Like to Be a Healthcare Entrepreneur

It's been six months since we last checked in with IntuiTap Medical CEO Jessica Traver, an incubatee at JLABS @ TMC. She shares with us the highs and, yes, lows of her journey to build a budding medical device company.
By Leena RaoApril 29, 2018
Share
Share
Today's Top Reads Close
T

here is one fact that’s universally known by all great entrepreneurs: Launching a business is like jumping on a roller coaster—it can be filled with soaring highs and surprising twists and turns.

It’s a way of life that IntuiTap Medical CEO and co-founder Jessica Traver, 27, has become accustomed to since starting her company two years ago, which is focused on providing a game-changing solution to a common, and often painful, procedure: the spinal tap.

What started as a back-of-the-napkin idea—to create a device that would help doctors guide needles into vertebrae painlessly, “a stud finder for the spine,” as Traver puts it—is now a full-fledged business that has received $2.4 million in overall funding from investors like Ionis Pharmaceuticals.

We've been following Traver's story since October 2017, when IntuiTap had just joined JLABS @ TMC—one of several healthcare incubators run by Johnson & Johnson Innovation, JLABS. Six months have now passed, so we sat down with her to see what progress she's made—like meeting with the U.S. Food and Drug Administration (FDA)—and what advice she'd give to fellow female entrepreneurs with ambitious plans to help revolutionize healthcare.

What has been the biggest win for the company over the last six months?

Closing our second round of funding, which was huge because it allowed us to hire two key people who are really moving the company forward, as well as get the necessary supplies to perform the tests we need to iterate quickly.

We've also been working closely with Northwestern University with the hopes of getting Institutional Review Board (IRB) approval for anesthesiologists and neurologists to test our device on patients in a clinical setting to learn how our device works when used by target users in the target setting.

So far, we've only tested the imaging component of the device on volunteers in a nonclinical setting, or had physicians test the device’s imaging and needle guidance capabilities on cadavers.

On the flip side, what’s been the biggest setback?

We realized that our FDA strategy is slightly more complicated than we originally expected.

In order to follow the shorter, so-called 510(k) pathway for regulatory submission, you have to identify a device to which you can demonstrate equivalence. We have identified FDA-approved devices that have a similar core technology or a similar intended use as ours, but not both.

So we have to follow a De Novo pathway, where the FDA creates a unique classification for a new technology—which has its benefits, but tends to be associated with longer timelines and a larger scope of testing requirements. This can be challenging for a small start-up.

So we realized we had to take a step back and do an even deeper search for potential comparable devices and reevaluate our strategy. The good news: We now feel we have identified an alternative approach that could facilitate a 510(k), and are submitting it for feedback. 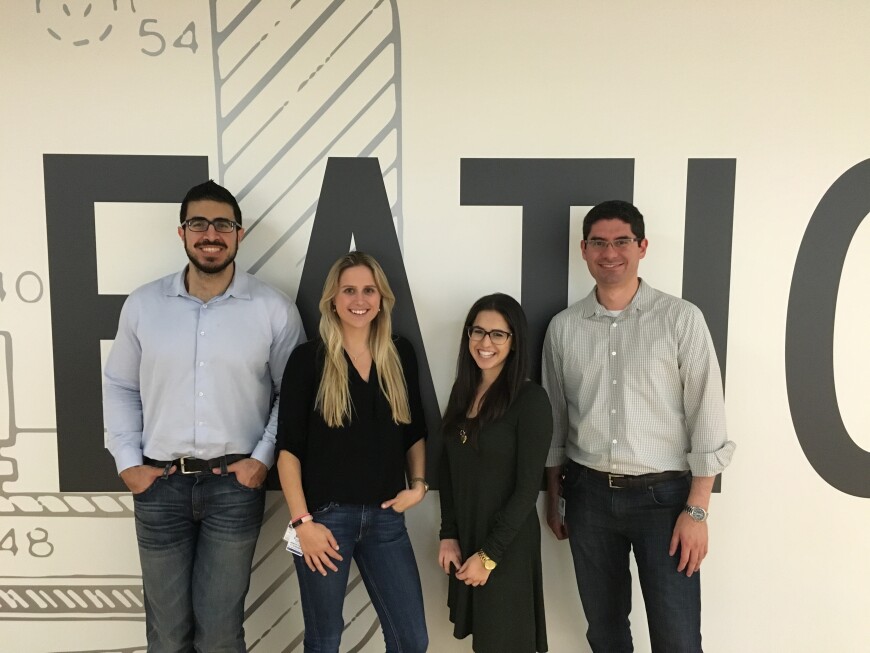 Traver with some of her IntuiTap Medical team

Are you where you envisioned you'd be at this point?

I'd say yes and no. We’re pretty aligned with our timeline and milestones. But I'd hoped we'd be further along with our current prototype. However, the knowledge gained through testing and reevaluating our device is leading to changes that will make it better-designed, so I'm not really upset about it.

Failure is scary, so people try to avoid it, but it's also how you learn, so avoiding it almost always ends up making things worse. Our team—myself included!—has definitely struggled with this at times. One of our advisers at Johnson & Johnson repeatedly reminds us that you can't wait for something to be ready—you need to get out there and test your theories as quickly as possible.

The worst thing you can do is spend a ton of time, money and emotional energy building a prototype you think is perfect—and then you put it into people's hands and it breaks or doesn't work the way it should. And the reason was something you could have identified months ago and fixed.

I've learned the importance of standing up for what I believe in. Walking into a room full of investors, physicians or industry experts to discuss your plans for your business is extremely intimidating. Confidence is really important for a founder—especially a female founder.

Tell us about asking for money—what’s that process really like?

Fundraising can take up the majority of your time as CEO, and it can be a really stressful and humbling experience. But I've found it's one of the best ways to learn where the holes are in your business plan, and what investors see as your biggest risks. As you flesh out the concept, develop detailed business strategies and mitigate risks, the process becomes a little easier.

It took us almost an entire year to raise our first round of funding. But raising this second round only took a few weeks, mainly because we were able to demonstrate our ability to successfully hit the milestones we set out to achieve.

The Johnson & Johnson Under 40 to Watch List: 6 Young Trailblazing Scientists

For example, a cadaver study we did showed that our device could reduce the number of lumbar puncture attempts by an average of 50%, compared to the current blind technique that's used.

The Pink Ceiling was the lead investor in this new round. They’re a fund that backs companies by or for women who are creating disruptive solutions in healthcare. We are also very excited to have formed a strategic partnership with Ionis Pharmaceuticals that will help us accelerate the time it takes for us to go to market, and give us business support and access to leaders in the neurology space.

That’s interesting about The Pink Ceiling’s mission. Do you think it’s harder to get funding because you’re a woman?

I definitely feel that I'm regarded differently when I pitch my company because I am a woman. I mean, the stats are out there: One study showed that if a man and a woman gave the same exact business pitch, the man was 68% more likely to receive funding. That's crazy! 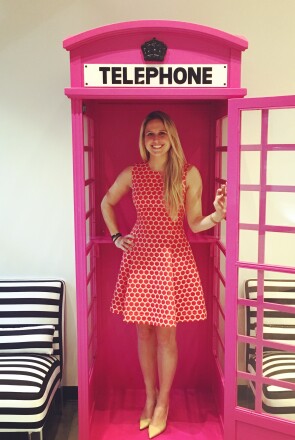 Traver at a Pink Ceiling event

Unfortunately, I've witnessed this bias firsthand multiple times. Once, an investor told me I should consider having one of my male co-founders perform our pitch—not because I wasn't capable, but because he was a man and might be taken more seriously.

This is why I am grateful to have The Pink Ceiling as investors and advisers. And hopefully the more women who become successful CEOs, the less bias people are going to have.

Where do you want IntuiTap to be in another six months?

I would really like to have a fully integrated, stand-alone prototype that's been used in human testing. Right now, our device still relies on a computer to process the information gathered by our sensors, as well as display an image of the vertebrae for physicians to use as an aid while placing the spinal needle.

We also plan to engage with a manufacturer in the next few months and, within six months, finalize the design of our device and prepare it for testing for FDA submission.

What have you learned in the past six months about yourself—and what advice would you give to others?

I've learned the importance of standing up for what I believe in.

Walking into a room full of investors, physicians or industry experts to discuss your plans for your business is extremely intimidating. It's really easy to doubt yourself and doubt your knowledge. It’s silly because you know your company in and out, and have done a crazy amount of research.

So don't be afraid to voice your opinions. Confidence is really important for a founder—especially a female founder.

Impressed with what Traver has accomplished with her company? She shares more of what the past six months have been like for her as a JLABS start-up CEO in this vlog: 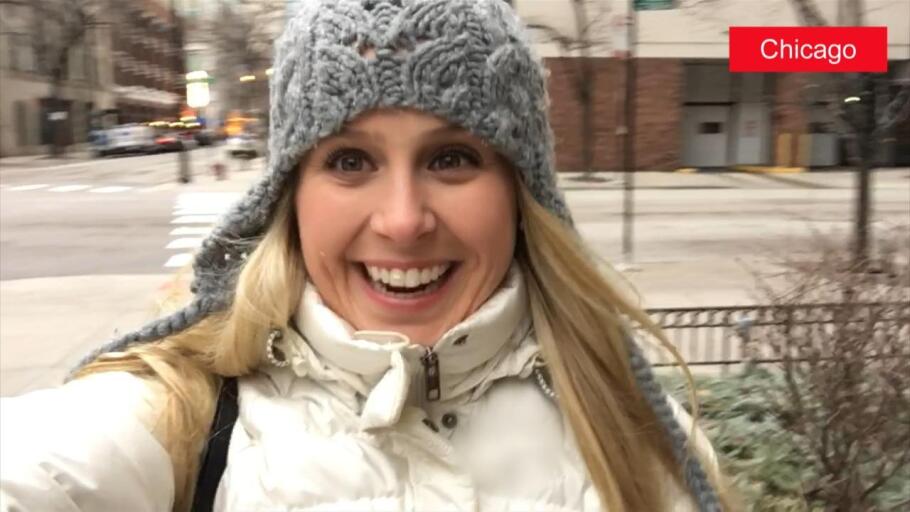 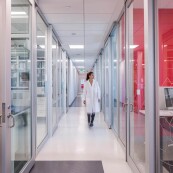