Share
About 1 in 68 children have Autism Spectrum Disorder, according to the Centers for Disease Control and Prevention—and Gahan Pandina is determined to improve the way they get the help they need to live productive lives.
By Nanette VarianOctober 23, 2016
Today's Top Reads Close
B

et you didn’t know that Johnson & Johnson has its very own singing detective.

Off-duty, you’ll find him on stage, singing bass with the Princeton Pro Musica community chorus. But on the job, the neuroscience team he leads at Janssen Research and Development is unlocking the secrets of autism through an exciting new learning system called JAKE™, or the Janssen Autism Knowledge Engine. 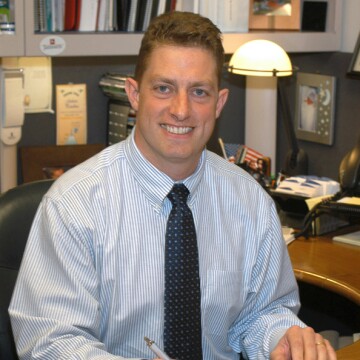 Meet and learn all about the work of Gahan Pandina

A little bit about how I got here…

I’ve worked clinically and in research with individuals who had a variety of psychological or psychiatric conditions: bipolar disorder, anxiety, schizophrenia, attention-deficit/hyperactivity disorder and Alzheimer’s disease. But I’ve always had a particular place in my heart for people affected by Autism Spectrum Disorder (ASD), or as it’s commonly referred to, autism.

It’s a fascinating condition. Individuals seem to be locked into their own internal world, and they’re overwhelmed by the external one. Many have incredible skills and talents, such as mathematical calculation or an encyclopedic knowledge in their area of interest, but a complete inability to communicate them.

The other thing that really drew me to this population is the families. They are so committed to trying to find the right treatments. With other conditions, like diabetes or cancer, you have a doctor and a whole specialist team focused on the patient’s care. With autism, you don’t have one specialist who coordinates it all—it’s generally the parents themselves.

So I’ve tried over the years to do what I can to help, both on the advocacy side—I’m on the board of an autism school in New Jersey—and also in my professional life.

What my work has taught me about autism…

Treating autism is a challenge. It comprises a very heterogeneous population, ranging from individuals with high IQs in spite of their social impairment to those who are completely nonverbal and perhaps unable to perform basic skills, like getting dressed in the morning.

Then there are the controversies in the field. People are so desirous of a solution that they gravitate toward treatments even when there is no scientific evidence that they work, or even contrary evidence that suggests they do not work.

Behavior therapy can help, and there are medications that ease some of the symptoms, such as irritability and mood swings. But when it comes to autism’s core symptoms—impaired social communication, and restricted or repetitive behaviors or interests—drug therapies have had very mixed results.

And while there are very good rating scales for diagnosing autism and assessing its severity, there haven’t been good scales for measuring treatment outcomes.

What we needed was a system that could help successfully implement clinical trials for individuals with autism. Specifically, we needed to create more effective and accurate tools and technologies to test medications that may treat the symptoms of autism.

One of the biggest myths is that people can’t get better. What we know from behavior therapy studies, and what I know from working with individuals with autism, is that they can get better.

But first, we need to know about the person’s phenotype, or observable characteristics. What is their medical and developmental history? Their treatment history? What are their symptoms day-to-day? This kind of information is incredibly helpful, but in clinical trials, it’s quite difficult to gather in sufficient detail.

But what if we gathered that information in a way that went beyond asking questions at the clinical research center? And that’s why my team developed JAKE, which is a three-part system. The first component is a Web portal with a downloadable app that enables parents, caregivers and clinicians to enter all of this information and track it over time.

There’s a place for detailed medical and developmental history, an appointment calendar (so we can track how much behavioral, occupational or speech therapy the individual is receiving), forms a parent can complete to rate behaviors typical of autism, and a journal tool for recording observations. We even have a number of autism-specific behaviors listed that people can tag in real time as they occur, from aggression to exciting breakthroughs in social communication.

We’re also developing our own smart clinical rating scale, called the Autism Behavior Inventory (ABI), that’s administered through the JAKE portal. It’s a web-based clinician and parent report form that we think is going to be much more sensitive to measuring the symptoms of autism than the existing ratings scales.

And we’re running a non-interventional trial of about 150 children and adults with ASD that will be completed this year. As part of that, we are looking at how sensors—either on the body or in conjunction with computer-based tests—can collect very detailed data that can be applied to this research, too.

Take, for example, hand-flapping—a common, repetitive behavior among individuals with autism. I could ask a clinician or a parent how severe the hand-flapping is, how many times they do it, that sort of thing. But I could also use a wrist-based, research-grade motion detection device, known as an actigraph, to tell me more about that behavior. So we are currently using a variety of on-body and lab-based sensors that collect different types of data to see how it might be used as a marker for autism symptoms.

We can then use the third part of the system—a research data warehouse that we’re calling our Janssen data pipeline—to bring all these different signals together. Then we can analyze the data to determine if the system is working to identify new ways to measure autism symptoms.

The biggest misconceptions about autism…

One of the biggest myths is that people can't get better. What we know from behavior therapy studies, and what I know from working with individuals with autism, is that they can get better. And they do have their own goals, and their own hopes for the future. And they can learn.

But society has to be ready for them, and we just haven’t made as much progress in finding ways to support families in their quest to get the care they need, or to support teens and adults with autism to survive and thrive on their own in society.

Right now, an autism diagnosis is possible at 18 to 24 months in specialized centers. But the average age of diagnosis, as estimated by the Centers for Disease Control, is four and a half. That two-and-a-half or three-year lag is a critical window when we know if you’re not intervening, you’re losing ground.

I like to do triathlons, so I run, bike and swim. In fact, my two sons, my wife and I all just ran a race together.

I also sing in a local music group, Princeton Pro Musica, performing masterworks a few times a year. And I’m in a smaller chamber choir, so I sing all sorts of things, from motets to American classic tunes. Music is a wonderful outlet for me. It requires a separate skill set, both mentally and physically, which is a wonderful balance to my everyday scientific work.

I’m excited about using JAKE in the near future to begin testing pharmaceutical compounds for the treatment of autism!