The 40,000-square-foot incubator is Johnson & Johnson Innovation's first international site—and it's located in a city primed to become the next nexus of great breakthroughs.
By Johnson & JohnsonMay 11, 2016
Share
Share
Today's Top Reads Close

The launch of JLABS @ Toronto on May 11 marks Johnson & Johnson Innovation’s first JLABS site outside of the United States. Located within Toronto’s bustling MaRS Discovery District, one of the world’s largest urban innovation hubs, JLABS @ Toronto will serve as an incubator for emerging entrepreneurs across a range of healthcare specialties.

To find out more about the immense potential of JLABS @ Toronto, we sat down with Johnson & Johnson Innovation team member Sanjeev Dutta, M.D.

What is the scientific scene like in Toronto? It’s a city that may not come to mind for many as an innovation hub.

Yes, I think a lot of people fail to recognize just how robust of an ecosystem around innovation there is in Canada—particularly in Toronto, which is a massive city with a strong culture of discovery driven in large part by the University of Toronto and several key hospitals. You can just feel the energy, creativity and intelligence there. 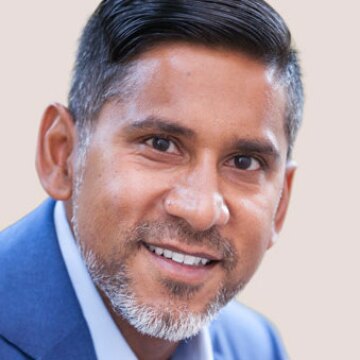 How does JLABS @ Toronto fit into the existing ecosystem?

What’s missing in Toronto is support for a culture of entrepreneurship, which, in general, isn’t pervasive in Canada. There are so many great ideas, but what’s lacking is a funding-and-development infrastructure—a path to commercialization.

If you have a cool idea in Silicon Valley, you’ll encounter no shortage of investors who can help push that idea forward. But Canada doesn’t have that infrastructure, and many would-be entrepreneurs struggle with how to transform their ideas into real products.

The Canadian government plays a much larger role in its country’s healthcare industry than the U.S. government does. How does this shape innovation and impact potential products to emerge from JLABS @ Toronto?

The government at the local, regional and federal levels has been very supportive of JLABS @ Toronto and its potential to bring forth new breakthroughs for patients. The JLABS no-strings-attached model is especially conducive to the Canadian sensibility; with a government-influenced system, there’s much more scrutiny over what types of transactions and agreements the government enters into. JLABS isn’t a transactional model, and that makes it easy for Canadians to embrace.

How will entrepreneurs who are part of the JLABS @ Toronto community benefit from having access to Johnson & Johnson’s global resources?

Because Canada is a single-payer system, cost and quality have always been top of mind for healthcare companies in the country. The market there demands it. However, Canadian entrepreneurs really need to understand how to sell globally. It’s a new journey for them, and one that Johnson & Johnson knows very well.

The connection will also help jumpstart the funding environment for these entrepreneurs—I predict that money is going to be attracted to the efforts underway at JLABS @ Toronto in ways that we haven’t seen in the past.

Finally, we bring a level of expertise from the R&D side to help these innovators develop really useful products that will impact doctors, patients and hospitals.

You left Canada to pursue entrepreneurial healthcare opportunities in the U.S. Do you think people like you may choose to remain in Canada with an enhanced infrastructure to support innovation?

I have absolutely no doubt that more entrepreneurs will remain in Toronto and Canada. The country is going to undergo a major transformation to become an innovation industry, and as a result, we are going to see more innovative healthcare products coming out of Canada. It’s exciting that JLABS is sparking this growth.