Tech That Protects: 3 Cutting-Edge Innovations That Can Help Make Your Next Surgery Safer

Share
From a pencil that hoovers up potentially toxic surgical smoke to a 3-D tool that helps reduce exposure to radiation, these Johnson & Johnson Medical Devices Companies advances were designed with one thing in mind: protecting patients and the doctors delivering their care.
By Kristen MasciaJanuary 29, 2019
Today's Top Reads Close
I

f you’ve ever had surgery, you likely know about some of the great lengths surgeons, nurses and other hospital staff go to in order to help keep you safe during a procedure. Their preop checklist could likely rival that of Mission Control at NASA prior to liftoff.

And yet these very experts in charge of our care sometimes have to put their own well-being at risk in the process—from breathing in potentially toxic surgical smoke to swinging a mallet hundreds of times a week while performing joint replacements.

And those efforts haven't gone unnoticed.

That's why Johnson & Johnson Medical Devices Companies has been hard at work developing leading-edge products designed to help make hospitals a safer place for both patients and the people who treat them.


Imagine puffing six cigarettes in the span of 15 minutes.

According to one study, that's the equivalent of being exposed to the burning of just 1 gram of bodily tissue to stanch bleeding and close up blood vessels during laser and electrosurgery. Research has also shown that surgical smoke may contain carcinogens, viruses or bacteria—or even cancerous cells—which may be linked to such possible risks as eye, skin, throat and respiratory irritation; dizziness; headaches; and nausea and vomiting.

An estimated 500,000 healthcare workers breathe in potentially dangerous surgical smoke each year—yet many surgeons have been resistant to using traditional smoke capture pens, which can be unwieldy, to help clear it.

So it's no surprise that doctors were ready for an innovation. 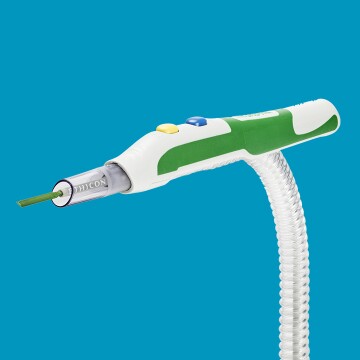 “Surgeons for years have been reluctant to use smoke capture pens because of their bulky nature,” says Darcy Greep

So Greep and his colleagues set out to create a lightweight smoke evac device, with adjustable tubing and multiple grip options, to help make it easier for surgeons to manipulate the tool, which, depending on factors like the rate at which air flows through the tubing, is capable of capturing nearly all surgical smoke.

Sometimes, as surgeons, we don’t know what we’re missing until something better than what we have comes along.

“With the old pens, the weight of the tubing would have the effect of pulling the pen back and away from the patient,” explains Greep. It was an annoying quirk, which deterred surgeons from using them. So Greep and his team opted for an off-center design for the tubing to make the device more ergonomic.

Arizona-based orthopedic surgeon Danton Dungy, M.D., can attest to the difference, saying the new innovation has made the O.R. a much more pleasant place to work. “Sometimes, as surgeons," he adds, "we don’t know what we’re missing until something better than what we have comes along.”

A Quest to Reduce Radiation Exposure in the O.R.


Brett Gidney, M.D., remembers well how much guesswork used to go into performing cardiac catheterizations on patients with heart arrhythmias.

During a catheterization, an electrophysiologist like Gidney—a cardiologist who specializes in the treatment of the heart’s electrical system—carefully threads a catheter through a patient’s groin and into the heart to deliver therapy by heating the diseased tissue responsible for causing the heart’s abnormal rhythm. Electrophysiologists used to have to exercise their best judgment when it came to isolating and treating those areas by using an EKG recording of the patient’s heartbeat, as well as fluoroscopy—a high-powered, live X-ray—to track the catheter inside the heart.

But it was far from a perfect endeavor.

Not only did the two-dimensional, black-and-white X-ray renderings offer a limited picture of where the catheter was, but the catheters themselves didn’t offer heathcare providers any information. While using them, a doctor couldn’t know for certain whether the pressure being applied to diseased heart chamber walls would be sufficient and consistent enough to deliver effective therapy. Pressing too hard could be problematic, but so could pressing too gently.

“If you don’t damage enough of the bad cells, there can be recurrences,” explains Gidney, who practices in Santa Barbara, California. “But there wasn’t much in the way of tactile feedback from the catheter. Sometimes we’d be free-floating or barely touching the area.”

It was also painstaking work—it wasn’t unusual for the procedure to last upward of three to four hours.

It used to feel like we were working blind. Now we can see how hard we’re pushing, which helps us avoid damage or perforation.

An hour of it, roughly, would be spent on delivering therapy, which required fluoroscopy. A patient in that time could be exposed to enough radiation to potentially "increase the patient’s lifetime risk of developing cancer," notes Gidney, "and raise the risk for other people in the room, from the surgeon to the operator of the equipment to the support staff.” 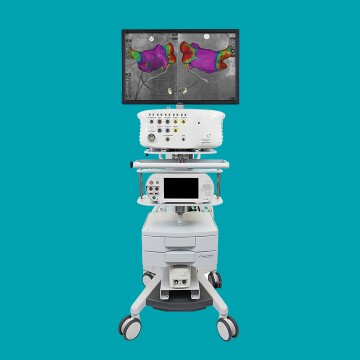 Uri Yaron, Worldwide President of Biosense Webster, Worldwide President of Biosense Webster. “The system's accuracy gives the physician confidence in knowing exactly where catheters are positioned and where they are moving inside the heart.” This means they can rely much less on fluoroscopy to see where they are, helping to reduce patient exposure to radiation during the treatment.

In 2014, Biosense Webster released another innovation designed to help physicians further confirm they are delivering therapy to the right area: technology built into the catheter's sensor, which helps show doctors how much pressure they’re applying to ensure they're in good contact with the heart. “It used to feel like we were working blind,” Gidney says. “Now we can see how hard we’re pushing, which helps us avoid damage or perforation.”

A Device Designed to Do the Heavy Lifting


Anthony Carter, M.D., used to be one tired guy.

Carter, who's been an orthopedic surgeon for more than 30 years and practices in Newport News, Virginia, performs up to 24 hip replacements a week. The procedures involve preparing the femur and hip socket for implants—physically arduous work that surgeons usually perform using “a caveman tool,” jokes Carter, referring to a mallet.

Completing that phase of a hip replacement involves a process called broaching, in which a surgeon saws the head off the bone and drives a pointed, metal tool into the marrow, creating an opening for a long metal implant. Most surgeons use a mallet to do the driving. “Doing four to eight hips in a day,” Carter says, “means I’m swinging the mallet hundreds of times.”

It’s fatiguing work that can produce inconsistent results. Bang too hard, or crookedly, and you can damage the bone or create an opening for the implant that won’t allow for a snug fit. Fit is crucial, notes Carter, because it “determines how that implant is going to perform and last."

Over time, mallet-swinging can make surgeons susceptible to developing overuse injuries. A survey found that 44% suffered one or more injuries related to their work at some point in their careers.

Over time, the physical aspects of the job, like mallet-swinging, can make surgeons susceptible to developing overuse injuries. A survey of 140 orthopedic surgeons published in 2013 found that 44% suffered one or more injuries related to their work at some point in their careers. Veteran surgeons who’d been in practice for 21-plus years were most likely to report injuries. 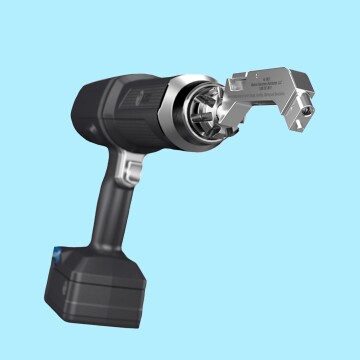 Thanks to automation, this tool helps curb surgeon fatigue

But Carter says that a tool from DePuy Synthes, part of Johnson & Johnson Medical Devices Companies, is not only helping make his job easier and safer, but also helping him deliver better outcomes.

The battery-powered innovation automates the steps in joint replacement procedures, eliminating the need for a mallet—and swinging. Using technology adapted from, of all things, nail guns, the device delivers short, uniform thrusts, driving a broach into the bone cavity with just the right amount of force.

Carter says the tool has cut down his hip patients’ surgery time, and left him with more energy at the end of the day.

“I’m much less fatigued than I once was,” he says, adding with a chuckle, “Unfortunately, that means I have to go to the gym a lot more now.” 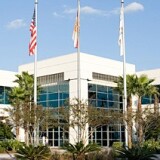 Take a Tour of the Johnson & Johnson Institute
Curious to know where healthcare professionals from around the world go to learn how to use cutting-edge medical devices?
Learn more 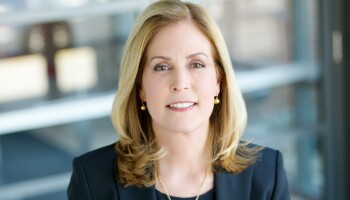 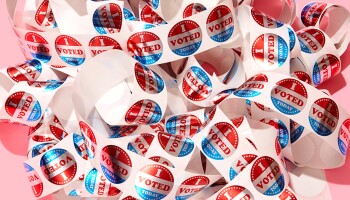