Imagine if your doctor could detect cancer before it began growing in your body, then give you medicine to prevent it from taking hold. This researcher explains how she and other scientists are working to someday make this cutting-edge concept a reality.
By Ginny GravesFebruary 27, 2017
Share
Share
Today's Top Reads Close

When it comes to treating cancer, it's long been known that catching the disease in its early stages is key for a more successful outcome. But some Johnson & Johnson scientists are taking the idea one step further: They’re trying to intercept suspicious cells before they become malignant and begin proliferating. 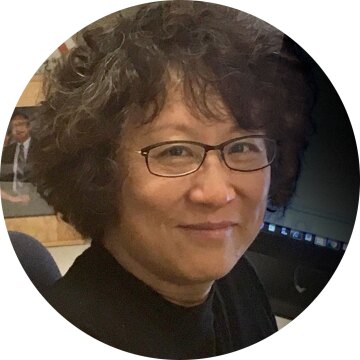 The premise behind the new strategy, known as cancer interception, is to figure out why some healthy cells turn cancerous, so medications can be developed to interrupt that process—and potentially thwart the disease before it invades the body.

Can you further explain the thinking behind cancer interception?

It’s a relatively new concept, but it makes a lot of sense. Once cancer takes hold, it becomes more complex and more resistant to standard therapeutic interventions, like chemotherapy.

But before that, the disease typically develops slowly over a number of years, and is often preceded by pre-malignant cells that tend to be easier to treat. The theory behind interception is that finding these pre-malignant cells, and targeting them, will give us the best shot at possibly curing cancer.

Is cancer interception currently being used to treat any forms of the disease?

Yes—one classic example of an effective form of interception is early detection of colon polyps through colonoscopies. The polyps are a precursor to colon cancer, and if you have them surgically removed, you can prevent cancer from developing.

Can you tell us about your cancer interception research with multiple myeloma, in particular?

DARZALEX™: The Multiple Myeloma Drug That Could

Like colon cancer, multiple myeloma (a form of blood cancer) also has an identifiable precursor. It’s known as smoldering multiple myeloma (SMM), which produces certain proteins that can be measured in both the blood and urine—and these abnormal proteins typically show up before a person has any symptoms of cancer.

About 5% of patients with SMM will go on to develop multiple myeloma in about 10 years—but, in some people, it progresses much more quickly, like in about one to two years. These are the people we’d really like to be able to treat with a drug that could potentially intercept the disease, and prevent the cancer from forming.

We currently have a Phase 2 study looking at that. It’s a challenging area of research because patients with SMM don’t have cancer—they’re not technically sick—so you can only use a drug that’s extremely safe and non-toxic. You also need a drug that’s convenient because most patients are still working and can’t take several days off to get treated in the hospital.

My work is extremely exciting—and it keeps me awake at night. From a research perspective, this is totally new territory, so we’re not repeating the work other people have done.

Where does cancer interception fit into the overall scheme of cancer research?

I think it’s the future. Because prevention is an important part of the war on cancer, I think interception will become increasingly important for a range of cancers. For instance, another group of researchers at Johnson & Johnson is looking at interception for prostate cancer.

Thanks to technology and our ability to now look at the genetic causes of disease, we’re getting better and better at seeing how cancer develops, which will eventually yield more ways to help us treat the disease in the very early and pre-cancerous stages.

What is the potential payoff of this work?

Learning to identify and treat cancer before it starts could significantly reduce the number of people who die from the illness.

In terms of SMM, specifically, the current standard of care is watchful waiting—you monitor patients every three months to six months to see if they’ve developed cancer.

But as you can imagine, it’s very stressful and anxiety-provoking. These people are constantly living with the threat that they could develop cancer any day, and there’s nothing they can do to prevent it. If we could treat them at that stage, we not only prevent a whole lot of worry, but we can potentially save their lives.

It must be exciting to be on the leading edge of a totally new approach to cancer research. What’s that like?

My work is extremely exciting—and it keeps me awake at night. From a research perspective, this is totally new territory, so we’re not repeating the work other people have done. So everything from the design of our clinical trials to patient selection poses unique challenges. I’m thinking about it constantly.

But it’s worthwhile because if we can find a cure, there are lots and lots of people who won’t have to live in fear, wondering when or if they’re going to develop cancer. I have high hopes for our research—I’m very much looking forward to the day when we can hopefully say that it has worked.