Share
Each year, Johnson & Johnson recognizes a scientist whose work has the potential to transform human health. We caught up with this year's winner, who has dedicated his career to studying the powers of mitochondrial DNA.
By Elizabeth MarglinJune 20, 2017
Today's Top Reads Close

If there’s one thing Dr. Paul Janssen, founder of Janssen Pharmaceuticals, part of the Johnson & Johnson family of companies, knew for sure, it was this: A willingness to forge your own path is often at the heart of any revolutionary breakthrough.

In 2004, to honor Janssen’s dedication to innovation, Johnson & Johnson created the Dr. Paul Janssen Award for Biomedical Research, which recognizes the work of an active scientist in academia, industry or a scientific institute whose research has the potential to transform human health.

This year the award goes to Douglas Wallace, Ph.D., of the Children’s Hospital of Philadelphia and the University of Pennsylvania Perelman School of Medicine, whose work truly embodies the bold, creative spirit of the award.


Wallace is a pioneer in the field of mitochondrial genetics and its significance for diagnosing and potentially preventing a vast array of diseases.

Putting mitochondrial genetics in the limelight 'encourages the younger generation to use their intellectual freedom to pursue original work.'

In the early 1970s, when the scientific community was focused on anatomy and the nuclear genome, Wallace set his sights on the uncharted territory of human energy by studying the humble mitochondria—the symbiotic bacteria within our cells that oxidize food to generate energy and contain their own DNA.

“It is the mouse that roared,” Wallace says.

His unprecedented research into mitochondrial DNA has had a significant impact in several ways, including advancing and connecting the fields of medicine, evolution and epigenetics (the study of biological mechanisms that switch genes on and off).

By studying mitochondrial bioenergetics and genetics, Wallace has transformed the way we understand common metabolic and degenerative diseases, the role of mitochondrial-nuclear interactions in human health and disease—and even the origin and ancient history of humans.

“Mitochondrial medicine offers a broad new array of approaches for understanding, diagnosing and treating many common diseases, as well as cancer and aging,” Wallace explains.

But for Wallace, receiving the award isn't just gratifying in terms of personal acknowledgment.

“It is a long-awaited recognition for a hugely underrepresented aspect of human biology that lies at the root of many common diseases,” he explains. Putting mitochondrial genetics in the limelight, he adds, “encourages the younger generation to use their intellectual freedom to pursue original work and take an alternative view of common diseases.”

Wallace’s pivotal work reflects the mission at the heart of Johnson & Johnson: to enhance and safeguard the progress of modern medicine. 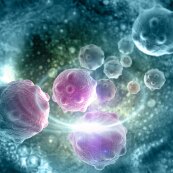 Support the Next Generation of Innovators
Use #ChampionsofScience on social media and Johnson & Johnson Innovation will donate $5 to the Biotechnology Institute.
Learn more