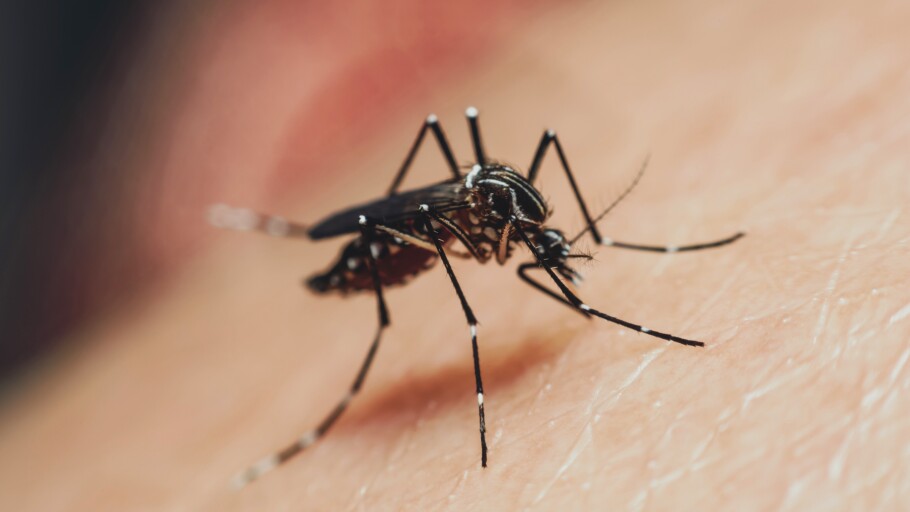 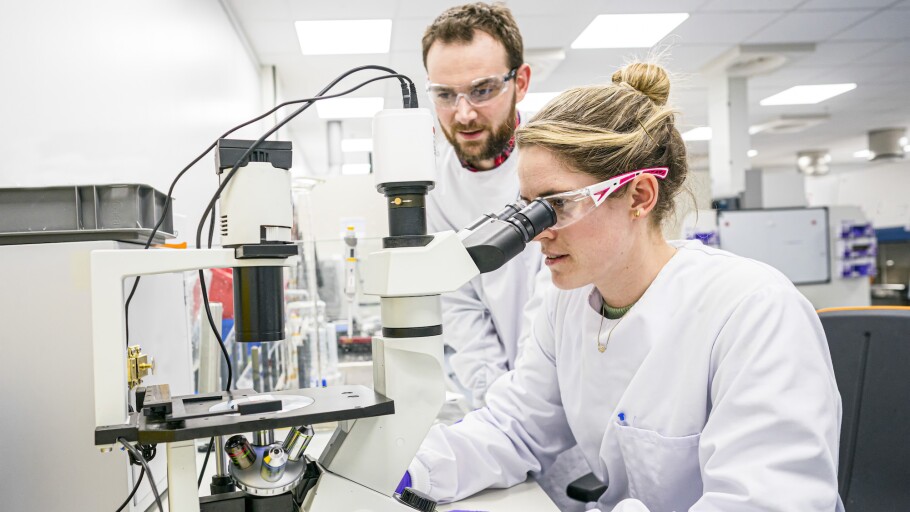 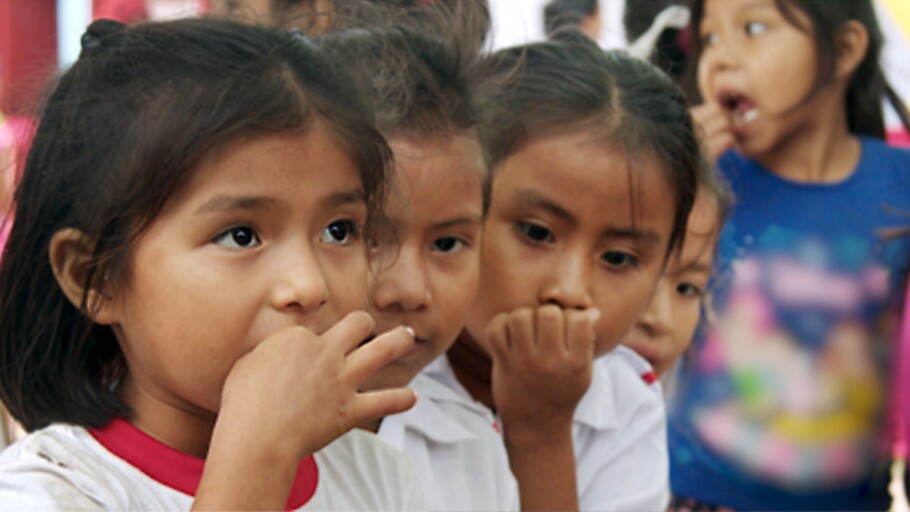 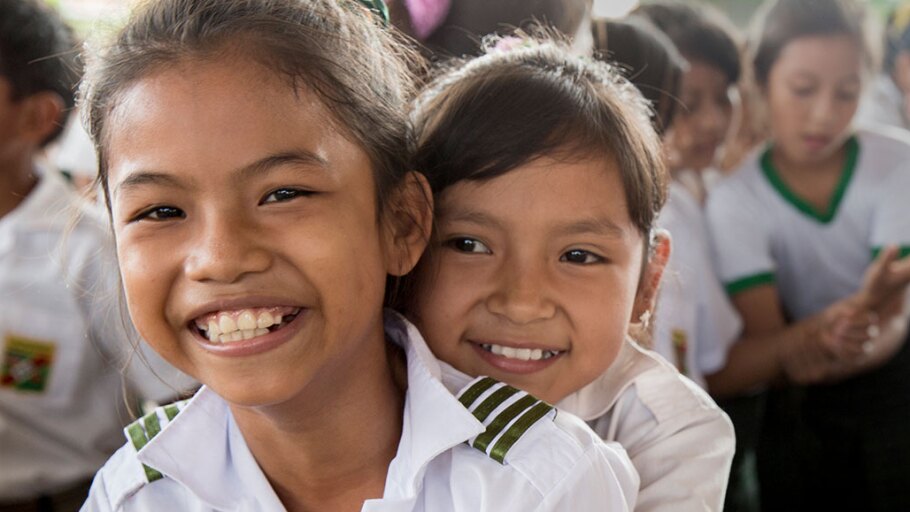 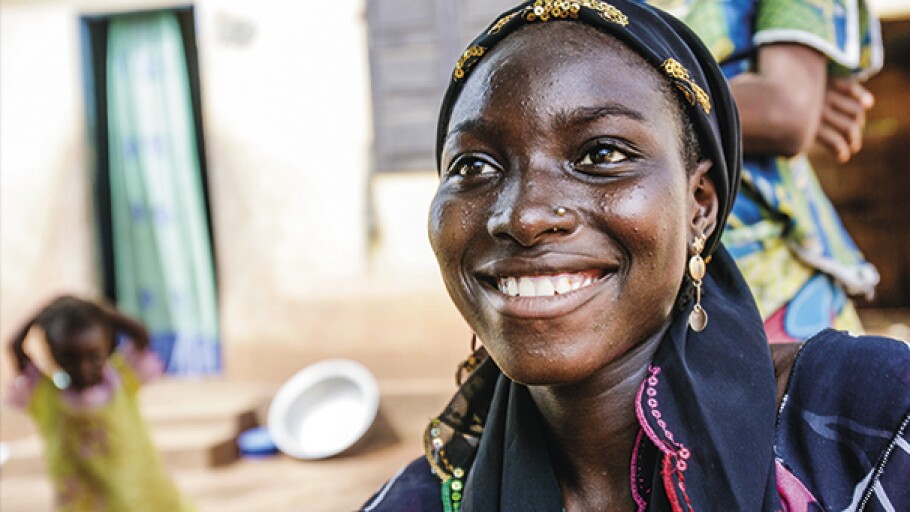 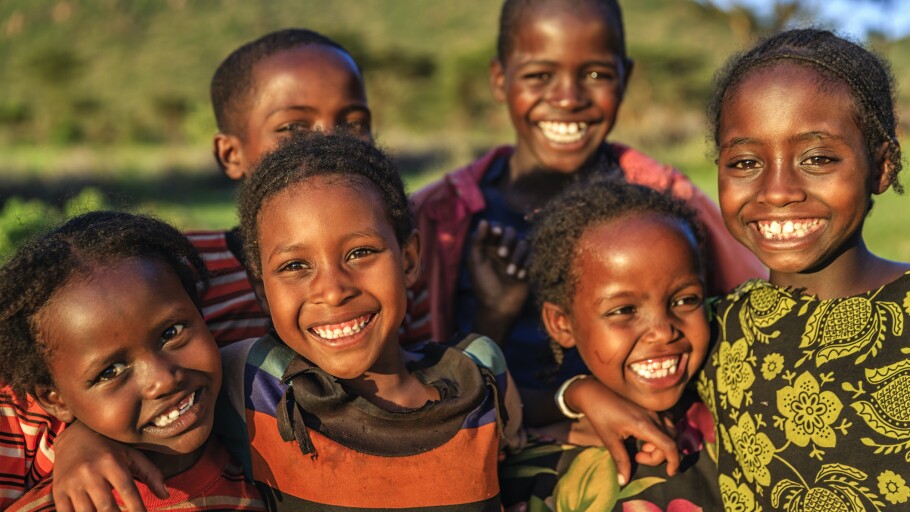 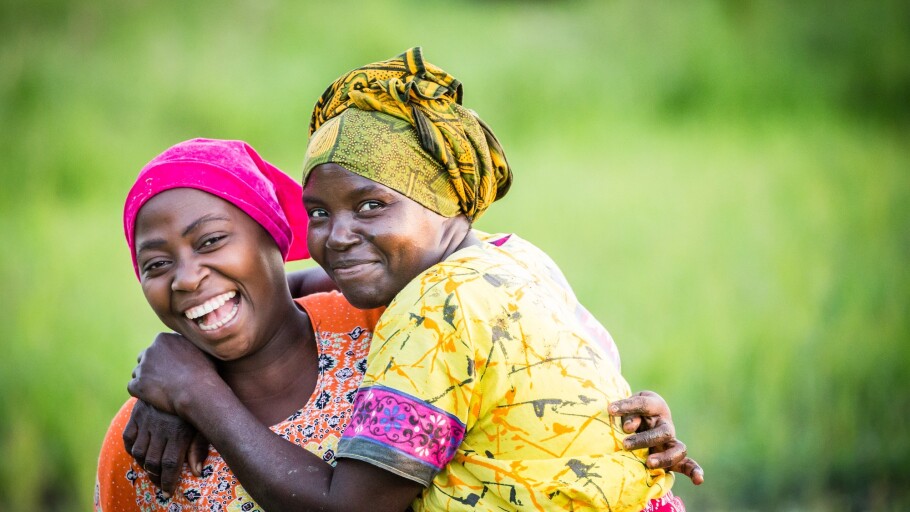 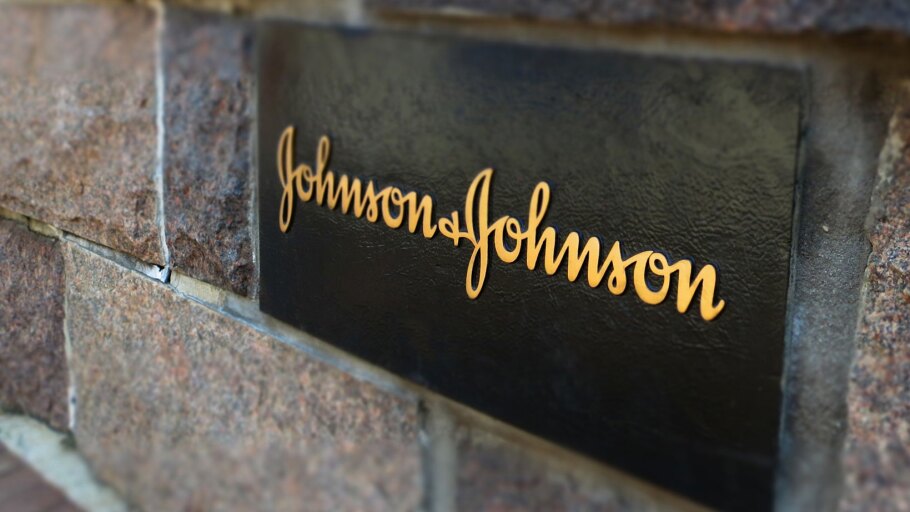 eglected Tropical Diseases (NTDs) is a group of about 20 communicable diseases that cause debilitating conditions and affect more than 1.7 billion people in 149 countries around the world. These diseases disproportionately impact the most vulnerable individuals in low-resource countries, including populations living in poverty, without adequate sanitation and living in areas infested with vectors that transmit these diseases. NTDs have a considerable impact on the lives of the people they affect, contributing to significant morbidity and long-term loss of economic productivity.

In 2012, Johnson & Johnson joined the World Health Organization (WHO), the World Bank, the Bill & Melinda Gates Foundation and 12 other pharmaceutical companies to announce the London Declaration on Neglected Tropical Diseases. Inspired by the WHO NTD Roadmap, the Declaration launched a landmark, first-of-its-kind collaboration to help control, eliminate or eradicate 10 NTDs. Impressive progress has been made in the control of NTDs since 2012. At least one NTD has been eliminated from 40 countries and 500 million fewer people require interventions against NTDs.

Since then, Johnson & Johnson has continued our work to deliver lifesaving solutions for intestinal worms, also known as soil transmitted helminths (STH), and has also begun to explore potential solutions for diseases such as dengue fever, Chagas disease and leprosy.

Soil-Transmitted Helminths (STH)
This disease disproportionally affects children, with approximately 835 million children infected or living in endemic areas. Since 2006, Johnson & Johnson has donated more than 1.7 billion doses of its medicine to the World Health Organization. In 2019, Johnson & Johnson introduced a new pediatric formulation of the medicine—solely for use in the donation program—that is both chewable and dispersible allowing for ease of dosing for children as young as 1 year of age. Beyond drug donations, Johnson & Johnson is currently collaborating with partners to improve STH diagnostic capabilities.
Dengue Fever

Dengue Fever
Dengue is a mosquito-borne viral disease. Each year, up to 400 million people get infected with dengue virus. Approximately 100 million people develop clinical symptoms and up to 22,000 die from severe dengue each year. Johnson & Johnson is currently working to develop a medicine that could potentially treat and prevent dengue. This could provide new hope for the dengue community, as there is currently no effective option available to treat the disease. We continue to make progress. In August 2020, the US FDA granted our molecule in development a fast-track designation for the prevention of dengue. Additionally, in December 2020, we signed a collaboration agreement with King Abdullah University of Science and Technology (KAUST) to work together on dengue research and innovation.
Chagas Disease

Chagas Disease
Chagas disease, also known as American trypanosomiasis, is a tropical parasitic disease that affects 6-7 million people worldwide. The disease is common in parts of Mexico, Central American and South America. Spread through contact with the triatomine bug, people living in rural areas are at greatest risk for getting infected and treatment options are limited. Johnson & Johnson is currently working to develop a new therapy that could treat both active and chronic phases of the disease.
Leprosy

Leprosy
Leprosy is an ancient, under-addressed disease that results in skin lesions and significant disability. In 2018, there were more than 200,000 new cases reported globally, with most new cases occurring in India, Brazil and Indonesia. Johnson & Johnson is researching how to simplify and shorten the current multi-drug therapy regimen, address the challenge of drug resistance associated with current treatments and decrease transmission.
Why Now: Accelerating R&D for a Growing Global Health Threat
Why Now: Accelerating R&D for a Growing Global Health Threat
The Intergovernmental Panel on Climate Change’s 2021 report is a powerful warning about the devastating impacts of global warming. A warming climate allows the mosquito that carries dengue to spread further, potentially exposing billions more people to a disease that already infects up to 400 million each year.

The world needs treatment and prevention options to counter this growing public health threat. Johnson & Johnson is making progress, including by collaborating with KU Leuven on the development of a new, early-stage compound with a novel mechanism of action that could potentially treat all serotypes of dengue and provide a period of protection against acquiring the virus.

Why It’s Time to Come Together to Combat NTDs 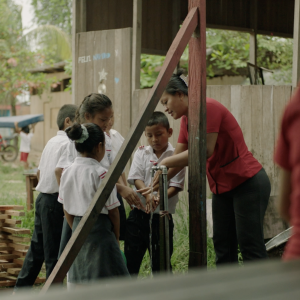 The Impact of Treating Intestinal Worms in Children
Watch Video 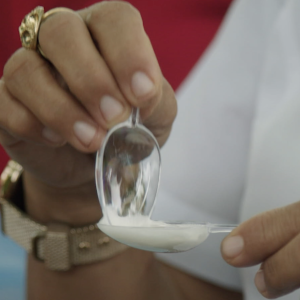 Delivering Our STH Medicine to Children in Need
Watch Video 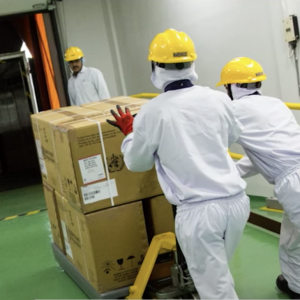 Johnson & Johnson is developing an Artificial Intelligence (AI) based diagnostic tool to improve the accuracy of diagnostic methods used for several NTDs and to reduce the burden of reporting and surveillance for countries. Control and gradual elimination of these diseases are crucial and require the development of advanced innovative technologies to diagnose patients, who are often co-infected with multiple pathogens. Data quality is an essential component of making informed treatment decisions and coordinating mass drug administration campaigns that target NTDs. 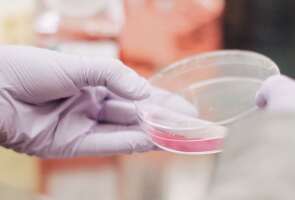 The prototype which is currently being tested consists of an automated microscope with AI and data visualization tool. The AI counts parasite eggs that would develop into parasitic worms of STH. This automated counting process is aimed at being both faster and more reliable than the current survey method, in which a lab technician counts the eggs in each sample manually. Digital data storage and data visualization will improve the clinical decision making for drug administration by the countries. The prototype testing is ongoing and it will move into the clinical utility testing phase in 2021 through 2023. 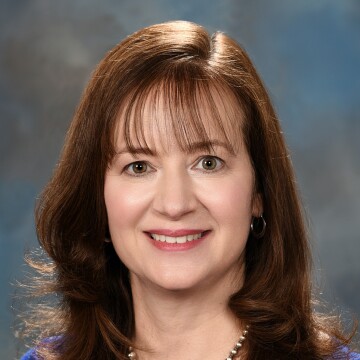 The new chewable formulation of our medicine to treat intestinal worms is of added value in allowing easier treatment for children as young as 1 year of age. Our donation helps children grow and thrive to lead healthier, more productive lives. 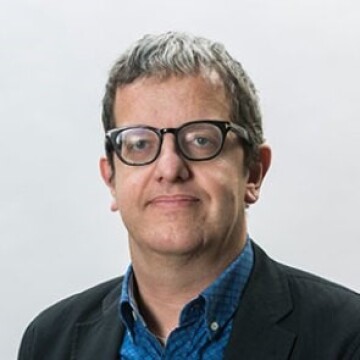 Within our company, we recognize that more of the same won’t do. Instead, today’s evolving public health threats require us to undertake new and innovative approaches to achieve long-term impact for entire communities—not just individuals—in the world’s most vulnerable populations. This fight can only be won if we all work together. 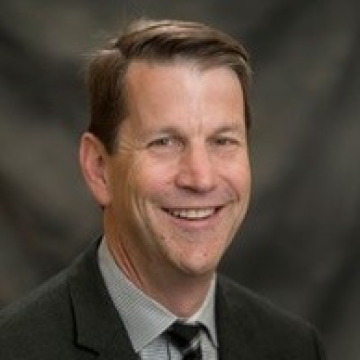 By enabling basic research around NTDs such as Chagas disease, we are making a difference in identifying new targets and molecular templates that can be potentially developed into effective therapeutics. All of these efforts are contributing to our goal of being able to effectively treat and eliminate neglected tropical diseases. 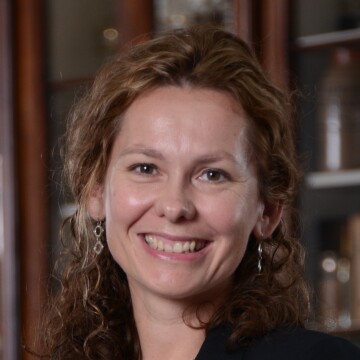 The current multi-drug therapy for leprosy works; however, further simplifying and shortening treatment, developing alternative treatments in case of resistance to current leprosy therapy and being able to prevent transmission are what is needed to aid in elimination of leprosy in the world.