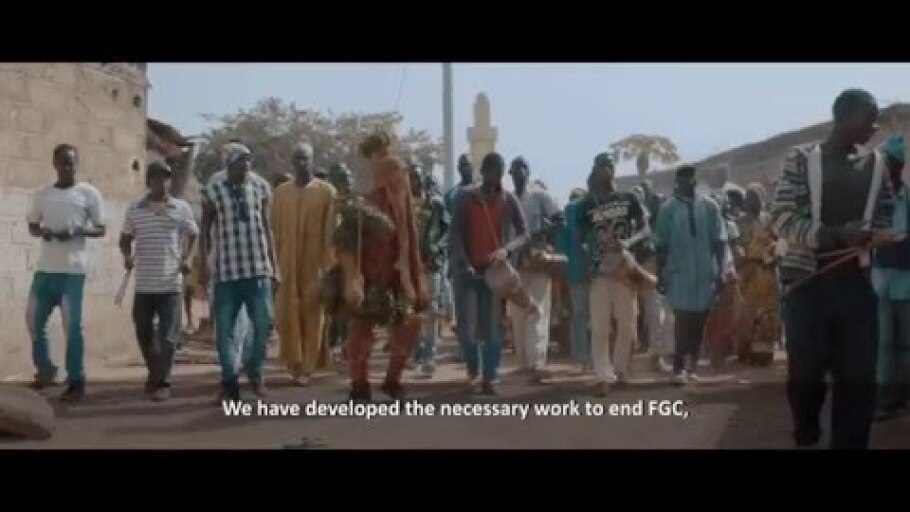 Elevating The Next Generation of Change-Makers

The practice of female genital cutting (FGC) has impacted an estimated 140 million girls and women worldwide, and continues to affect at least three million girls annually in Africa. This deeply entrenched social norm can result in prolonged bleeding, infection, infertility and even death. Along with FGC, lack of access to education, child trafficking, child labor, and child marriage pose profound risks to the healthy development of children.

Across West Africa, youth are advocating for social change and taking a stand against these traditional, harmful practices such as FGC and child marriage.

Awa Kundé, a Youth Program Facilitator for Tostan ’s Young Leaders and Human Rights Advocates Project, an initiative supported by Johnson & Johnson, is helping to elevate the voices of youth who know from experience that practices such as FGC cause many of the health problems and deaths within their villages. Today, Awa speaks openly about FGC and child marriage, proudly referencing the progress that has been made to eradicate these practices from her native village in Senegal, and encourages others to do the same.

Tostan’s approach has shown that eliminating the practice of FGC can happen at a grassroots level, proving that educating one community at a time in a constructive way can ensure women and girls are healthy, safe, educated and have the opportunity to make a world a better place for generations to come. An example of this model in action took place in December of 2015, when 189 villages in the Tambacounda Region of Senegal, supported by the strong voices of Youth Program Facilitators, came together to publicly declare their intent to end female genital cutting (FGC), child/forced marriage, and gender-based violence. To date, 7,200 communities from Djibouti, Guinea, Guinea-Bissau, Mali, Mauritania, Senegal, Somalia, and The Gambia have publicly declared their decision to abandon both FGC and child/forced marriage.

Yaya Baldé, another Tostan Youth Program Facilitator, believes that the power to start these grassroots movements lies in the hands of youth. He says, “It is the youth who are going to mobilize people and bring awareness from one village to another, to parents, other youth, mothers, young girls, everyone—to the whole community.”

Johnson & Johnson is currently supporting Tostan youth leaders who are engaged with advocacy and community organizing. Tostan provides these passionate and motivated individuals with the tools and skills to start community, grassroots movements to end the practices of FGC and child marriage in their communities. With the support of Johnson & Johnson hundreds of youth leaders are speaking up and advocating for themselves and for human rights and wellbeing in their communities.

For decades, Johnson & Johnson has empowered youth to envision and achieve a healthier society. We are committed to elevating young leaders such as Awa and Yaya, ensuring that their voices remain at the center of the conversation surrounding the Global Goals. Because as Yaya so beautifully articulates, “Youth have rights, too. Now the future is ours…we are the leaders of tomorrow.”

Related: Promoting Human Rights and Gender Equality: 189 Communities in Tambacounda and the Next Generation at the Helm