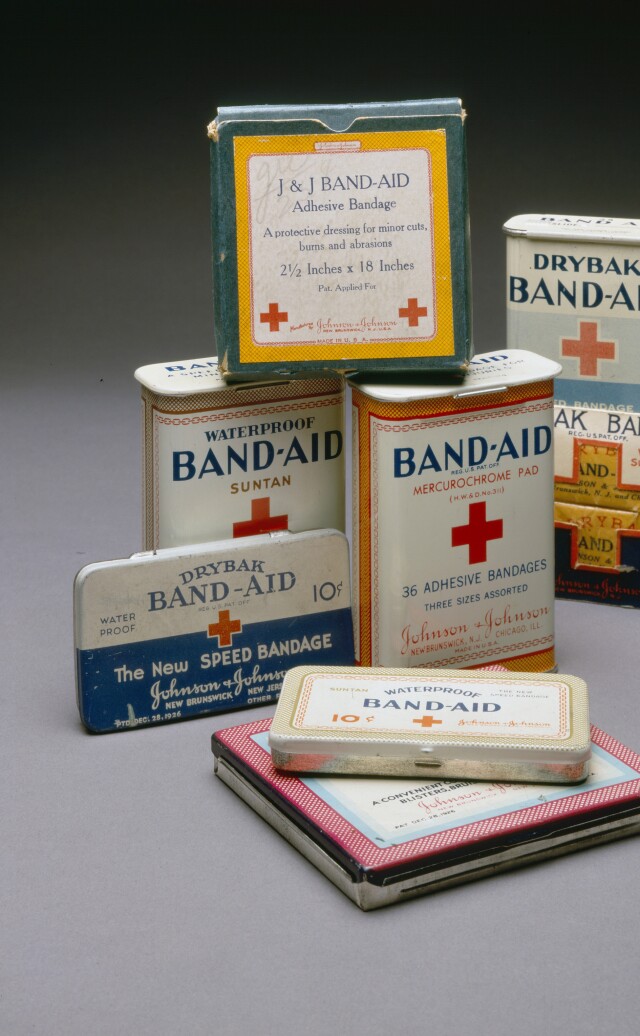 They’re such a staple of everyday life that it’s hard to imagine they weren’t always around. We trace the iconic product's backstory—including a trip to the moon!

Baseball, apple pie, BAND-AID® Brand adhesive bandages. There's no doubt about it: They’re an indelible part of our culture.

Most of us grew up using them—whether it was to patch up a scraped knee or tend to a paper cut—and you can probably still picture those iconic tins sitting in your family's medicine cabinet.

“The BAND-AID® Brand adhesive bandage was a very simple innovation, but it filled a great unmet need in consumer care,” says Margaret Gurowitz

And ever since their invention 97 years ago, Johnson & Johnson Consumer Inc. has remained a pioneer in the field, consistently innovating improvements to the product—like the new BAND-AID® Brand Skin-Flex™ adhesive bandages that stay on for 24 hours, and are made with touch screen-friendly material.

Here’s a look at some of the most memorable moments from the product’s history that helped make the company a global leader when it comes to taking care of all sorts of boo-boos.