In March 1949, LIFE magazine published the first in a series of ads created by the renowned painter and illustrator. Our in-house historian shares why the collaboration was such a success.
By Kate BaylessMarch 20, 2017
Share
Share
Today's Top Reads Close

Who was Gladys Rockmore Davis and why was she selected to design a series of wound-care ads for the company? 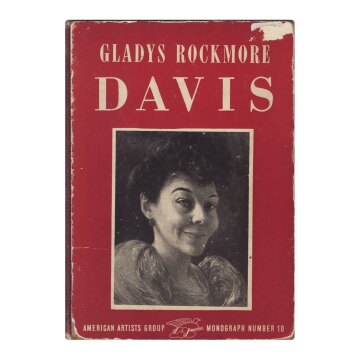 The company wanted the ads to have large, colorful human interest illustrations to portray the theme of the campaign: “Mommy always says you’re safe when you use Johnson & Johnson.”

So Johnson & Johnson reached out to some of the top commercial illustrators in the U.S. and asked them to interpret the theme. But none of the artists succeeded in capturing the warmth and tenderness conveyed by the campaign theme, so Johnson & Johnson turned to Gladys Rockmore Davis.

Rockmore Davis was a popular illustrator and fine artist who'd trained at the prestigious Art Institute of Chicago and was known for her portrayals of children. As a European war correspondent, she was also a working mother at a time when a lot of women didn’t have careers. 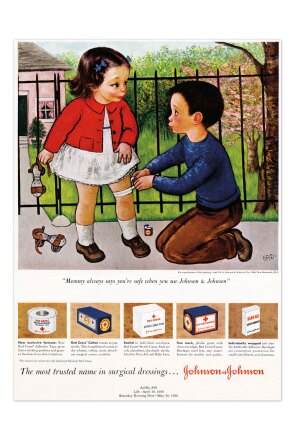 When Johnson & Johnson commissioned Rockmore Davis to interpret the theme of the campaign in her own way, she produced a set of 12 oil paintings depicting kids helping each other with cuts and scrapes. On March 21, 1949, the first full-page ads using her paintings (like the one shown at right) were published in LIFE magazine—and they immediately resonated with the public.

Why? I think it was because the focus of the paintings was caring. It was the caring—rather than the product—that took center stage in the artwork.

People even wrote to Johnson & Johnson and requested copies of the illustrations, and the company eventually produced a series of prints that were made available to consumers.

This was one of the first times that the work of a major fine artist had been used in advertising and it's an example of the creative and innovative thinking behind Johnson & Johnson ad campaigns.