It's National Healthy Skin Month, so we asked our in-house historian, Margaret Gurowitz, to give us the scoop on the company's first soap, which had a cult following among starlets in the early 1900s.
By Meghan RabbittNovember 20, 2016
Share
Share
Today's Top Reads Close

Johnson & Johnson is known for its iconic personal care products, like Johnson's® Baby Shampoo. What was the first cleanser the company ever produced?

Margaret GurowitzChief Historian, Johnson & Johnson In 1901, surgeons asked Johnson & Johnson to create an antiseptic soap they could use to scrub their hands before operating on patients—something that would be effective at killing germs, yet mild enough that it wouldn’t irritate their skin with repeated washing.

The soap that the company invented—Synol—worked so well that Johnson & Johnson decided to market it for use outside of hospitals, too.

Before long, the camphor-scented soap, which came in liquid and cake form, had a cult following among well-known Broadway and vaudeville actresses of the early 1900s, who used it to wash heavy theatrical makeup off their faces.

In fact, starlets loved it so much that they even wrote to the company about it! 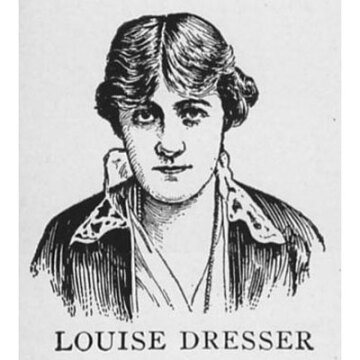 The most famous of them was Louise Dresser, who appeared on Broadway and was one of the first-ever nominees for a best actress Academy Award for her role in A Ship Comes In.

She wrote: “Upon the recommendation of my physician, I have been using Synol soap for the past year and … have recommended it to all of my friends as an absolute necessity. For the sake of humanity, I would suggest that you make known to the world the benefits that can be derived from this wonderful preparation.”

Although this was long before companies paid for celebrity endorsements, Johnson & Johnson’s scientific director at the time, Fred Kilmer, likely had a hunch that such rave reviews could help boost sales. So he printed letters like Dresser's in the Red Cross Messenger, a publication distributed to pharmacists, because people typically purchased personal care products at their local pharmacies.

The company ceased production of Synol in the 1950s, when a new generation of personal care products hit the market—but the soap certainly left a starring impression on beauty care.

Look for another "Ask Margaret” next month. Tis the season of decadent holiday feasting, so we'll be looking at how Johnson & Johnson helped pioneer indigestion treatments—in the late 1800s.