Share
Who says only moms and babies make for adorable images? To celebrate Father's Day, we're digging into our company archives to showcase dads who had cameos in Johnson's® product ads.
By Kaitlin AhernJune 14, 2018
Today's Top Reads Close
D

ads and their little ones have a special bond—and Johnson & Johnson has had the unique privilege of chronicling that amazing connection over the decades.

In homage to Father's Day, we're spotlighting some of our favorite historical Johnson's® ads that truly celebrate what it means to embrace fatherhood. 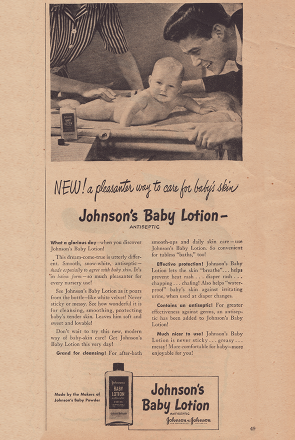 This was one of the first advertisements for the new product, which ran in Parents magazine, featuring Mom (somehow looking spotless!) alongside Dad leaning in to greet his little tyke after getting home from work. 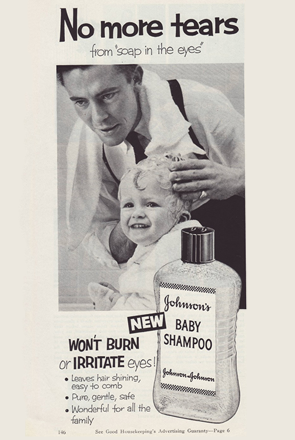 When the company's iconic baby shampoo debuted in 1954, it famously promised “no more tears“ which was more than simply a catchy slogan—it actually represented a scientific breakthrough. The product was milder than traditional soaps, making it gentler and safer on babies' eyes.

What It Means to Be a Dad Today: 5 Modern Fathers Share Their Work/Family Balance Secrets

This ad, which appeared in Good Housekeeping magazine, channels a buttoned-up Father Knows Best look, which premiered on television that year. Dad has happily rolled up his shirtsleeves to get his little cherub all fresh and clean. 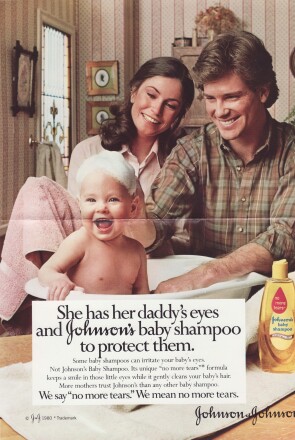 When this ad debuted in 1980, more women than ever were working outside the home, which meant a greater number of couples were sharing parenting duties. To that point, these parents look like a well-practiced team and the little girl—who, based on the most popular baby monikers that year, might have been named Jessica or Jennifer—appears to be having a blast.

Research at the time also began looking at dads' role in their child's development—a budding idea that was illustrated in ads like this one, which highlighted the close and formative bond between father and baby.