Hang Your Stockings With Care: 6 Vintage Stocking Stuffers Made by Johnson & Johnson

The tradition of stuffing stockings with small treats and treasures has been practiced each holiday season for centuries.

But while most people have heard of the Christmas morning ritual of kids racing out of bed to see what Santa has brought them, we bet you didn't know that Johnson & Johnson actually produced several novelty items over its storied history that could have very well made it into someone's stocking—like these six historical finds. 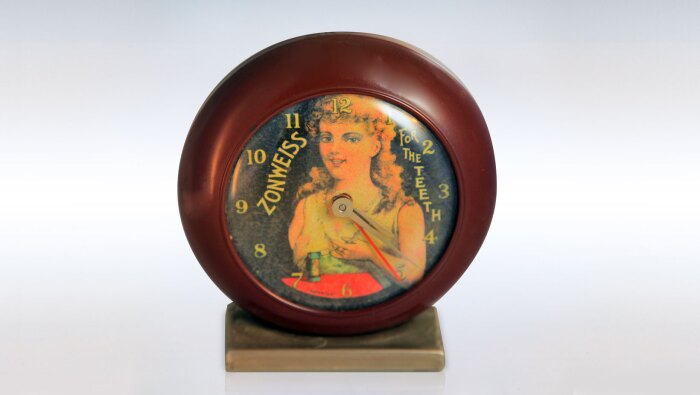 Scaring Up the Past: A Look at Spooky Johnson & Johnson Consumer Ads

Johnson & Johnson’s first consumer product not only cleaned your teeth, but it also gave the gift of time. This clock for Zonweiss tooth cream—the first promotional item ever produced by the company—was distributed by pharmacists to their customers around 1900.

Since alarm clocks were a necessary household item at the time, it meant that the Zonweiss name would be front and center every morning. The clock also provided an important reminder for people to brush their teeth, which was a big unmet healthcare need during the era. 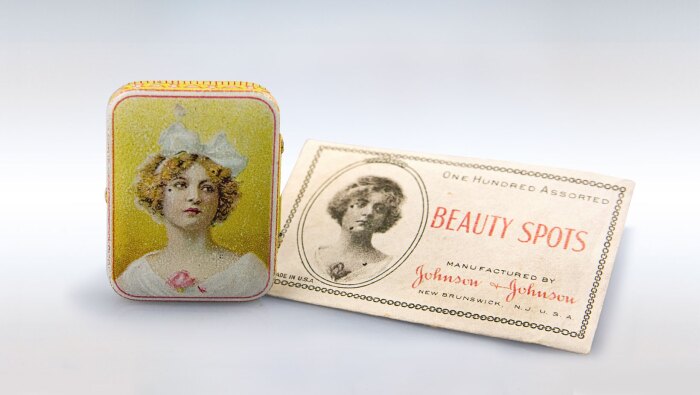 Women who wanted to make a fashion statement at holiday parties in the early 1900s could adorn their faces with Johnson & Johnson’s Beauty Spots, little adhesives shaped like hearts, crescents and—as fits the season—stars. They were made from silk and taffeta, which were common materials used to make plaster products at the time.

While Beauty Spots were a fashion craze of that era, they actually weren't a new idea. Similar products were worn by women as far back as ancient Rome and Egypt! 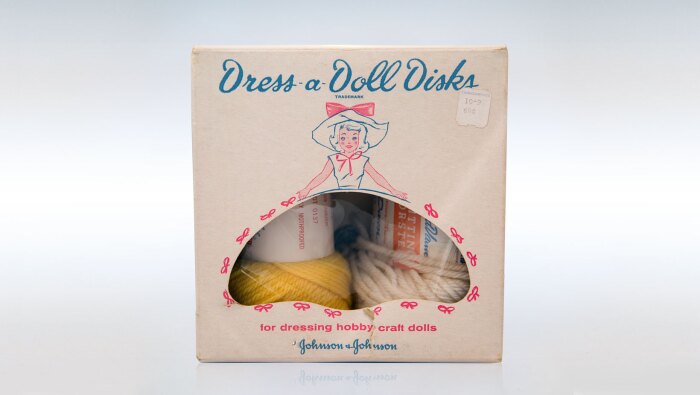 In the late 1950s, some enterprising employees from Johnson & Johnson's non-woven fabrics business got a great idea: Why not find a smart way to repurpose the flat, circular disks the company originally made to filter milk for the dairy industry?

The result was a bit unusual for a healthcare company: kits for making dresses for dolls by stitching together the disks, then festooning them with sequins and beads for sparkle. The clever kits were sold at retailers like F.W. Woolworth Co. through the early 1960s.

The Adventures of Robin Hood Bandages 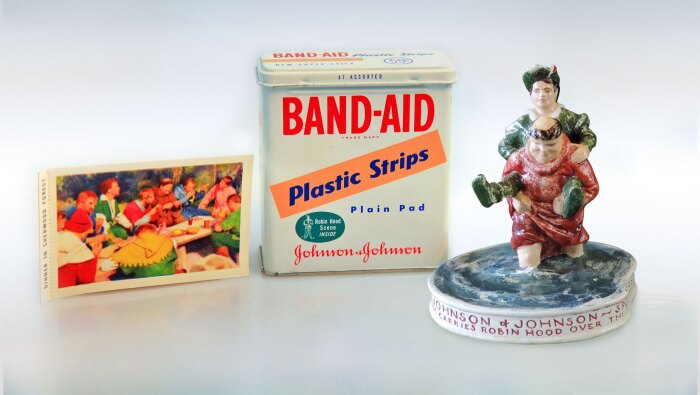 As a sponsor of The Adventures of Robin Hood TV series in the 1950s, Johnson & Johnson produced print ads for the show that included company products like BAND-AID® Brand Adhesive Bandages. 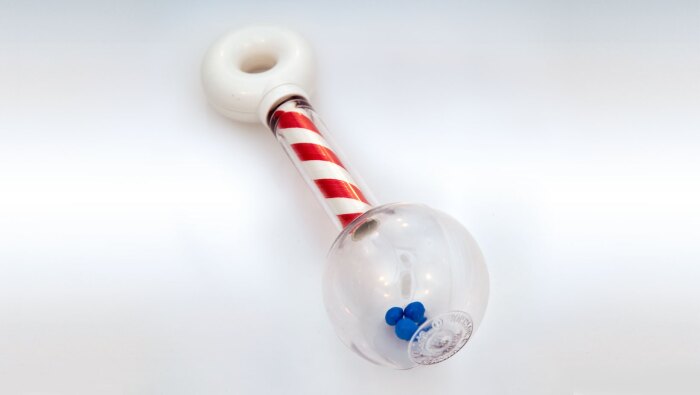 In the 1980s, Johnson & Johnson distributed a line of developmental toys via a subscription service—like this rattle, which featured a teething ring to encourage motor skills and beads for auditory stimulation.

The toys were designed by a team of behavior scientists—at the time, the company had the only child development toy testing laboratory in the country—and were shipped to parents at intervals over a baby's first two formative years. 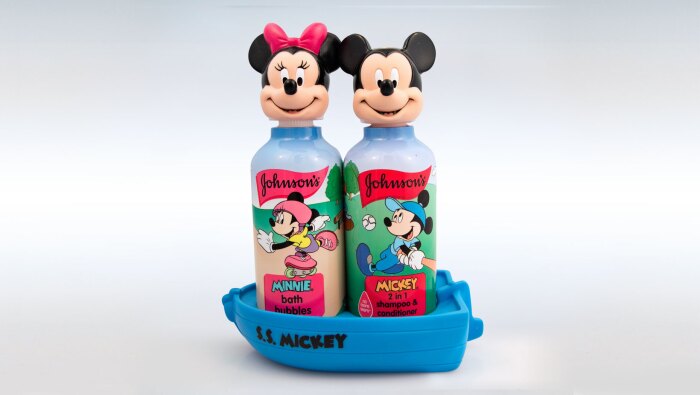 The "Disney Renaissance" that began with The Little Mermaid in 1989 wasn’t lost on Johnson & Johnson, which created a line of bath and hair products featuring such characters as Ariel, Pooh and Tigger. As an added bonus, some of the packages could also be used as bath toys, like this Mickey and Minnie boat. 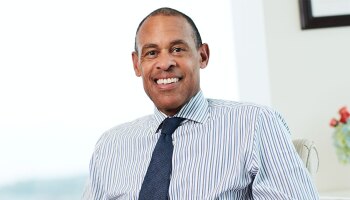