Share
Each year, close to 30,000 people sign up for the annual Stephen Siller Tunnel to Towers 5K Run & Walk—and many of them have personal reasons for doing it. We profile three such men and women whose journeys will move you.
By Kera BolonikSeptember 23, 2016
Today's Top Reads Close
O

n the morning of September 11, 2001, firefighter Stephen Siller had just finished his shift and was on his way to play golf when he got word that a plane had hit the Twin Towers in lower Manhattan. The 34-year-old father of five called his wife to say he was heading back to the firehouse in Brooklyn.

So he grabbed his gear and headed toward the Brooklyn Battery Tunnel—only to find that it had already been closed off. Undeterred, Siller ran through the tunnel, with 60 pounds of gear strapped to his back, to get to the scene of the terrorist attack, where he died saving other people’s lives.

For the past 14 years, the Siller family has paid tribute to his heroic act with the Stephen Siller Tunnel to Towers Foundation 5K Run & Walk, which retraces Stephen’s path that day.

“When we started the foundation, we wanted to honor the sacrifice our little brother made, and what better way to do that than with this big annual event,” says CEO Frank Siller, who created the foundation with his six siblings. “We’re very proud of it because the 5K brings together 9/11 family members with first-responders and military veterans—all the greatness of America.”

In addition to bringing hundreds of people together to commemorate that fateful day, the event also helps raise funds for such programs as the foundation’s Building for America’s Bravest, an initiative to construct custom “smart homes” for severely injured U.S. service members in partnership with companies like Johnson & Johnson and The Home Depot.

“We are proud to stand with the Stephen Siller Tunnel to Towers Foundation, which shares our mission to protect the health and well-being of the men and women who work tirelessly to protect our communities,” says Michael Sneed, Worldwide Vice President Global Corporate Affairs & Chief Communication Officer, Johnson & Johnson.

Earlier this year, the foundation presented U.S. Army Sergeant Corey Kent, who lost his legs and most of one hand in Afghanistan, with keys to his new smart home in Florida. Kent is just one of the 30,000 people expected to participate in this year’s 5K on Sept. 25.

We asked Kent and two other people touched by the events of 9/11 to share their moving stories—and why they can’t wait for race day.

“I Survived an IED Attack While Serving in Afghanistan” 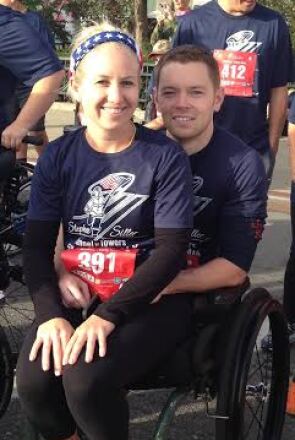 “On the morning of July 12, 2010, my platoon was in Kandahar, Afghanistan, when I stepped on an IED (improvised explosive device). I flew through the air and landed on my back, but somehow never lost consciousness. I stayed there silent, trying to stay calm, because one of the worst things you can do is freak out and go into shock.

I heard someone call for a medevac to airlift me out, and say that it was going to be nine minutes. When a medic said, ‘we don’t have nine minutes,’ that’s when I knew it was pretty serious.

I didn’t know how bad my injuries were for about two weeks because my arms were bandaged from the elbows down, I had a lot of blankets on me, and I was on a breathing tube—I couldn’t move or communicate at all. I ended up staying at Walter Reed for almost three years, and came home for good in March 2013.

My community in Florida was really supportive and built an addition onto my parents’ house for me. I moved forward with my life and started dating Brandy, who I married on my ‘Alive Day,’ which is the day I nearly died.

The addition was about 500 square feet—a little cramped for two people, plus our dog—so I applied for a smart home through Building for America’s Bravest, which I had heard about while I was at Walter Reed. I am so thankful because we’re trying to start a family and it will help me be a stay-at-home dad.

I’m really looking forward to this year’s 5K—seeing all the West Point cadets running and calling cadence through the tunnel last year was really motivating. This year, with it being the 15th anniversary of the 9/11 attacks, I can only imagine what it will be like.”

“I Come from a Family of Proud First-Responders” 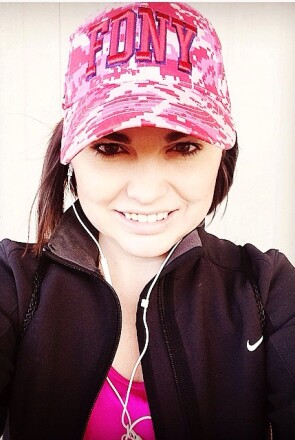 “I’ve always wanted to do the Tunnel to Towers 5K, so I’m thrilled to be doing it for the first time this year. I’ve been a runner for a long time—I was the youngest member of my varsity track team in high school—but I also feel a personal connection because a lot of people in my family were either servicemen or worked for the fire department.

One of my grandfathers received a Purple Heart and a Bronze Star for fighting in the Battle of Anzio during World War II. My other grandpa was in the Navy. And my great-uncle was a battalion chief for the fire department in Riverdale, NY.

Now that I’m older, I really appreciate what all of this means, and I want to recognize that family history and give back in any way that I can.

My mother has been an oncology nurse for 36 years, and she now works for the New York City Fire Department World Trade Center Health Program as a nurse case manager in cancer care. The program provides medical monitoring exams and medical and mental health treatment for World Trade Center-related conditions. There are more than 1,400 reported cancer cases within the program to date.

On 9/11, I was in the fifth grade and had no idea what was going on because our elementary-school teachers couldn’t tell us what was happening. Later, as a college student, I was working as an intern at ABC News and was asked to review footage for a 9/11 anniversary segment—and it felt like I was seeing it for the first time. People were covered in debris. It was truly shocking.

So I am dedicating my run to the first-responders and soldiers. I know it’ll be really emotional because you see everyone cheering you on when you go through the tunnel—and a lot of them are first-responders. My mom will be cheering me on, too.”

“I Helped Build the Twin Towers With My Own Hands” 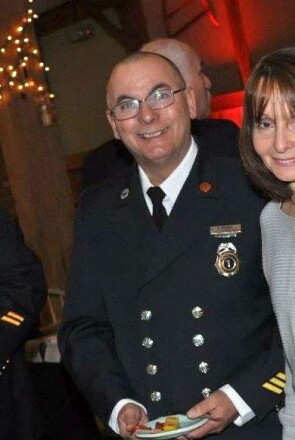 “When I was 20, I worked at the World Trade Center as the buildings were going up. I was doing insulation and pipe covering, and put in about three years there.

In my 30s, I became a volunteer fireman—serving seven years in one town and a year in another—and after I bought my house in Byram Township, I joined their fire department as a volunteer, which I’ve been doing for about 23 years.

On 9/11, I was at work listening to the radio when one of my coworkers said, ‘Hey! A plane hit the towers.’ And I said, ‘No, that can’t be.’ I thought about whether an airplane could do damage and said to him, ‘I don’t think a small plane would be a problem, but a big jet—I don’t think that building could handle such a thing.’

About a half-hour later, the towers came down.

I took it very personally. I called my fire chief and asked, ‘Are we doing anything?’ We were too far from the city—45 miles—so our role was to help support other towns that had sent their firefighters in to help at the scene.

I participated in the Tunnel to Towers Run & Walk last year. Some of the members of my fire department are avid runners, which is how I got involved. I’m looking forward to coming again this year—this time, with a busload of colleagues and friends.

I was so impressed with last year’s event. After exiting the tunnel into lower Manhattan, there were firemen lined up on one side of the road and police on the other—and they were holding up the names and faces of fallen 9/11 first-responders. It’s really a touching thing to see.”