For the past four years, more than 60,000 people have gathered in New York City’s Central Park for an inspiring event known as the Global Citizen Festival, which takes place on September 24 this year.

It’s one part star-studded concert (this year, Rihanna and Metallica will perform) and one part public forum for activists and thought leaders from across the globe to unite with one common cause in mind: end world poverty.

There’s also a twist: Most of the tickets to the festival can’t be bought—you have to win them by performing socially-conscious acts.

Unless, that is, you’re one of 20 young leaders who have been nominated by Johnson & Johnson and the non-profit organizations they work with—humanitarian-focused organizations like Save the Children—to earn a seat at the festival, thanks to a lifetime of good works.

We caught up with eight of these inspiring global citizens to hear more about how they’re well on their way to becoming global leaders of tomorrow.

After her mother was diagnosed with HIV and soon bedridden, Nontokozo Zamacebisa Zakwe, then 19, was faced with a big realization. “I was scared and hurt but knew that my mother would die if I didn’t intervene,” she says.

So she began to educate herself about the epidemic, and started volunteering for several NGOs that ran HIV prevention programs. “The more I learned, the more I knew I wanted to do something to help,” she explains.

After completing her degree in community and development studies, Zakwe continued to advocate for people living with HIV and AIDS—particularly young women—and she hasn’t stopped since.

Today, she’s the project facilitator for an HIV prevention program at an NGO. At a recent event, she explained Post-Exposure Prophylaxis (PEP), which involves taking HIV medications within 3 days after potential exposure to stop the spread of the disease.

“These women who were living in a community with high rape rates were relieved,” says Zakwe, whose mother’s health has since stabilized. “Some voiced out loud that it was as if I’d just breathed life into them and gave them hope. It was one of the best moments of my career so far.”

Attending the Global Citizen Festival feels like another high point, she says. “I think a good global citizen is one who is confident yet open-minded, who puts other people before herself, and who sees challenges as opportunities and not threats,” she says. “I strive to be nothing less than that.” 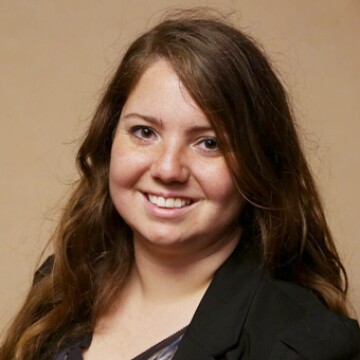 The current plight facing refugees of the war in Syria is, without a doubt, heartbreaking. For Raya Zoe El-Khoury Cupler, a junior at Chamberlain College of Nursing in Ohio, those troubles hit particularly close to home.

“I am especially passionate about the Syrian children who have been displaced and traumatized because my mother is Lebanese and experienced war during her own childhood,” Cupler says. “Also, having grown up in Riyadh, Saudi Arabia, I have seen the unrest that political decisions can have on humans.”

These experiences are what led Cupler to her current role as director of the National Student Nurses Association. “I chose to go to nursing school because I have a passion for caring for people,” she explains. “And I decided to apply for a leadership role on the national level because I wanted the ability to impact a larger community.”

The position has also given Cupler a chance to advocate for those whose voices have been taken away, like that of the Syrian refugees.

“My ultimate goal is to gear my career towards global health as a nurse, and hopefully in the future, work for the World Health Organization,” Cupler says. “I want to be part of the force to improve health systems and healthcare, especially in the developing world.”

Being a global citizen means understanding that there is a lot of pain in the world, and that ignoring struggles isn’t the way to go about changing things. 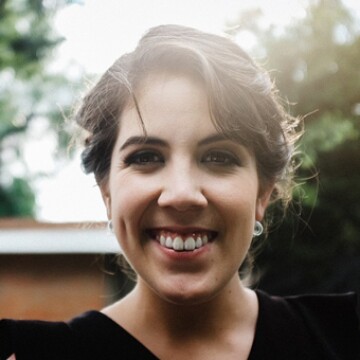 Growing up, Bárbara Aranda Mercado learned how to sugarcoat her feelings. “In México, if we are sad, we try to brush it off by saying, ‘Oh, it’s fine,’ ” she explains.

Fast forward to college, where after completing a research project on social-emotional learning, Mercado was asked to be a counselor at a two-week camp for high school girls created by Girl Up, an organization dedicated to supporting girls’ security, health and education around the world.

It was then that Mercado decided to let her 10 charges know that it’s OK to verbalize their feelings—rather than ignore them. “In just two weeks, they were thriving in a new way,” she recalls.

That pivotal experience strengthened Mercado’s commitment to raising awareness about mental health issues, such as anxiety, depression, post-traumatic stress disorder (PTSD) and schizophrenia, in her country.

Today, Mercado is working at a business accelerator for small companies, while also working to launch an organization called The Security Project, which is aimed at assisting young women from low socioeconomic areas who’ve faced domestic violence and other challenges that could lead to problems like depression and PTSD.

“All of us need to understand how the world works—and then refuse to let it stay that way,” Mercado says. “Being a global citizen means understanding that there is a lot of pain in the world, and that ignoring struggles isn’t the way to go about changing things.” 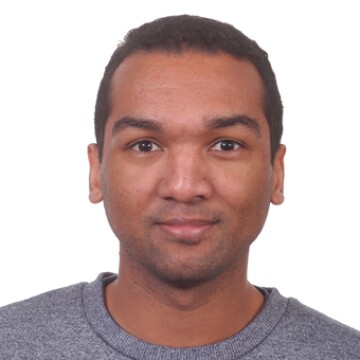 In 2013, while on a medical mission with Operation Smile in Rwanda, Blain van Wyk met Beatrace, an 8-year-old girl who was born with a cleft lip and cleft palate. She followed him around the mission site all day, and eventually, he asked one of the translators to help him talk to her.

“I asked her if she enjoyed school, and she told me that she was not in school,” says van Wyk. “When I asked her why, she said that, at the end of her first day, the teacher had pulled her aside and told her not to come back because she was scaring other children.”

Van Wyk knew that the same thing could have happened to him as a kid: Like Beatrace, he was born with a cleft lip and palate. He had corrective surgery when he was an infant, but understands that many children around the world aren’t as fortunate—which is why his work with Operation Smile, which offers free surgery to children with cleft lip and cleft palate, is so important to him.

After traveling to rural areas of the world, I know that my mom and sister might not have survived had we been living in a different country.

“It’s one thing to be passionate about a cause, but it’s a different thing to change that passion into action,” says van Wyk, who’s currently completing his master’s degree in political science. “I work with Operation Smile to give children hope for a better future, and show them that there is an entire network of people who care about them—that we are all citizens of the world and we are all accountable for taking care of each other.”

The Protector of Pregnant Women

Who: Tara Gleason
Where: Washington, D.C.
Age: 26
Works With: Save the Children 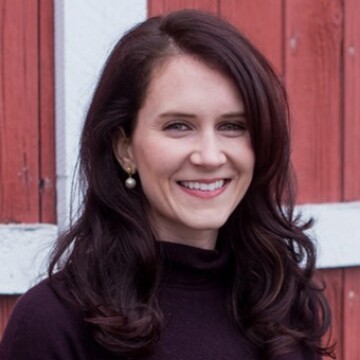 When Tara Gleason’s mom was pregnant with her younger sister, she suffered from pre-eclampsia—a condition in which expectant moms develop sudden high blood pressure—and delivered one month prematurely. While her sister came into the world healthy, Gleason has learned that not all pregnant women have access to the same level of obstetric care.

“After traveling to rural areas of the world and seeing so many barriers to receiving proper healthcare, I know that my mom and sister might not have survived had we been living in a different country,” she explains.

That’s why Gleason works with Save the Children as an advocacy and knowledge management coordinator for Saving Newborn Lives—a program that aims to reduce neonatal mortality, especially in countries with high infant mortality rates.

“Even though newborn deaths make up just 45% of all deaths of those under the age of 5 around the world, more than 80% of these deaths could be prevented,” she points out.

As someone who is trying to change odds for the better, attending the Global Citizen Festival is an incredibly exciting opportunity to Gleason: “It’s a chance to amplify my voice with the voices of others, so the world will hear that we are not satisfied with the way things are—that we are committed to taking action.”

Who: Ursula Utsaha Singh
Where: Kathmandu, Nepal
Age: 28
Works With: Advocates for Youth 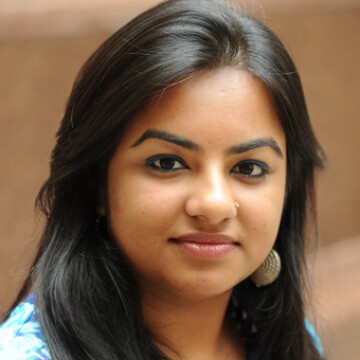 In Nepal, talking about sexuality—and even aspects of reproductive health, like menstruation—is taboo. Ursula Utsaha Singh found this frustrating, which is why she started working with the Youth Activists Leadership Council, an organization that works to promote sexual and reproductive health and rights so that young people can get the information they need.

“I’m determined to work towards a society where girls and women are treated with respect and dignity,” Singh says.

Singh has worked tirelessly to get comprehensive, age-appropriate sex education into Nepal’s schools, and even started one of the first online activism petitions ever used in support of sex education. Today, the curriculum Singh and her fellow advocates proposed is now being published and implemented in schools.

“My dream is to see young people in Nepal talking about sex and sexuality openly, without shame and fear,” she says.

My organization SheCab reflects my strong passion for women empowerment, provides job opportunities for women and resists the social stereotypes of what females are allowed to do.

Who: Lonjezo Sithole
Where: Lilongwe, Malawi
Age: 27
Works With: DREAMS 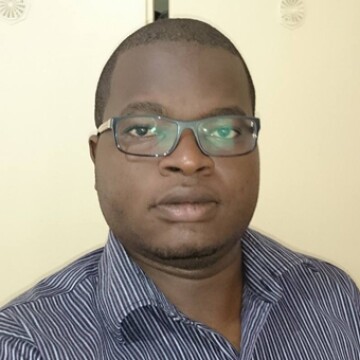 When Lonjezo Sithole was in elementary school, a sick relative moved in with his family. “Some months after she died, I asked my mum what had taken her life, and she told me it was a disease that couldn’t be cured: AIDS,” he recalls.

As Sithole grew up, more and more people he knew became ill with AIDS and passed away from the disease. In looking for a way to help, he joined a startup non-profit during his gap year before college, and now works with the Malawi National AIDS Commission as a monitoring and evaluation officer, overseeing the country’s national response to HIV and AIDS.

“I see my work as a chance to contribute in my own modest way in the fight against HIV and AIDS,” Sithole says. “At the Global Citizen Festival, I hope to establish lifelong connections that will come in handy as I carve out my own niche in the cause for a more humane society.”

Who: Salam Abukhadrah
Where: Paris
Age: 23
Works With: Women Deliver 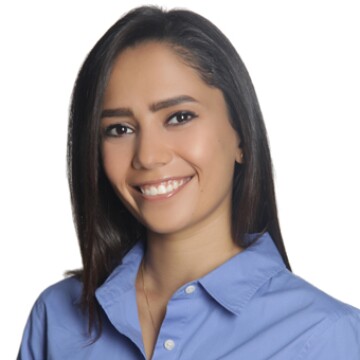 Like most busy graduate students, Salam Abukhadrah has papers to write, reading to plow through and a more-than-full-time schedule of classes. Yet even though she’s focused on completing her second master’s degree in political economics, Abukhadrah makes time for SheCab, an organization in Jordan she co-founded comprised of female taxi drivers who only accept female passengers.

In Jordan, Abukhadrah’s home country, female unemployment rates are high, and violence against women is also a concern. That’s why she’s so passionate about SheCab, which will not only provide women with jobs, but also potentially keep them safer.

“It reflects my strong passion for women empowerment, provides job opportunities for women and resists the social stereotypes of what females are allowed to do,” she says. “To me, being a global citizen means becoming a better version of myself by focusing on the most important issues to me and for my country.”