“Quitting's No Fun”: Meet the Wounded Veteran Who's Redefining Resilience

Share
A devastating accident in Afghanistan threatened to end Flip Klein's life. Today, he's thriving—and he has plans to pay it forward, thanks to his life-affirming experiences through the Vail Veterans Program and the Johnson & Johnson Human Performance Institute.
By Jessica HendersonNovember 09, 2017
Today's Top Reads Close
V

eteran Edward "Flip" Klein first discovered his love of the great outdoors while serving in the Army. But despite sustaining devastating injuries in Afghanistan, followed by over 100 surgeries to repair them, he refused to let his disabilities derail that passion.

In honor of Veterans Day, we asked Klein to share how he managed to stay resilient through it all—and how he hopes to give back to other veterans facing life-altering injuries, thanks to support he received from the Vail Veterans Program and invaluable life coaching from the Johnson & Johnson Human Performance Institute (HPI).


"Growing up in Little Rock, Arkansas, I was always an athlete. In high school, I was a triple-sport letterman—tennis, track & field and football—and attended Texas Christian University as a recruited walk-on for football in 1998. But after a year, I decided I wasn’t ready for college, and dropped out.
Share expand 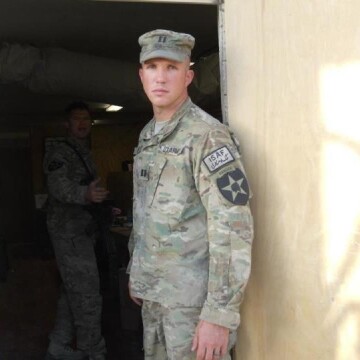 Klein in 2012 in Kandahar, Afghanistan

I kicked around a bit before joining the Army in April of 2000. My family has a strong military presence, so a career there was always on the table. My brother, who is 13 years older, went to West Point, which obviously had an impact on me: In the first grade, I told my class that I wanted to be a GI Joe.

I spent over two years enlisted before applying to West Point, where I majored in engineering psychology, like ergonomics. After graduation in 2006, I headed to Fort Benning, Georgia, for Infantry Officer Basic Course and Army Ranger School before serving as an infantry platoon leader for the 101st Airborne. After a 15-month deployment to Iraq, I went back to Fort Benning, where I was an instructor at the same infantry course I had gone through five years prior.

A Devastating Injury—and an Unknown Future


In October of 2012, I was a Company Commander leading a combat patrol in Afghanistan when I stepped on an improvised explosive device (IED) seven months into a nine-month deployment. Both my legs above the knee, my right arm above the elbow and three fingers on my left hand were amputated. I spent the next few years at Walter Reed Medical Center, where I had somewhere between 110 and 120 surgeries—we stopped counting in the high 90s.

Less than 50 people across the Army have been documented with injuries that are as bad or worse than mine. This was both a blessing and a curse because there were never clear expectations about what I would, or wouldn’t, be able to do.

Based on factors like units of blood given and number of surgeries, I was told I’d experienced possibly the top five worst body injuries you can have. Less than 50 people across the Army have been documented with injuries that are as bad or worse than mine.

This was both a blessing and a curse because there were never clear expectations about what I would, or wouldn’t, be able to do. Not having an expectation of what my life was going to look like forced me to try things.

In the hospital, it came out pretty early on that I liked to ski. My first memory is of skiing—bobbing down the mountain in Snowshoe, West Virginia, where my parents had a ski condo. Many of my formative memories of experiencing the world came through traveling with them to ski.

So in therapy, they would always say to me, 'We're going to work on this because, ultimately, this prosthetic might help you ski again.' It was always a goal. 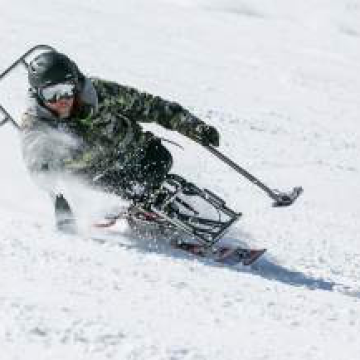 Klein skiing with his sit ski

I missed the 2013 ski season because of my injuries, but by March of 2014, I was ready to ski. I traveled to Colorado with the Vail Veterans Program, which is a partnership with the Johnson & Johnson Human Performance Institute that strives to improve injured veterans' lives through various therapeutic recreational programs.

I had a rough time that first go; I didn't have the right equipment, and I wasn't in good enough shape. But by the end of the next year, it clicked. The Vail Veterans got me a sit ski that has improved my skiing in ways you can't imagine, and they've helped me attend a consistent program with a continuous instructor over many years, which is what allows me to ski today.

Skiing is one of the few things that feels as good as it did before. Almost everything else that I do feels like an adapted version of the real thing. So because it was my favorite thing before, and it feels as good, all roads still lead back to the mountain.

Going Back to the Classroom—and Paying It Forward


It was while skiing with Vail Veterans president Cheryl Jensen that I learned about HPI’s Corporate Athlete training program. It uses four dimensions—physical, emotional, mental and spiritual—to help individuals strengthen their energy and performance. She asked me if I’d be interested in going, and because it reminded me of coaching components we taught at Fort Benning, I immediately was.

Over the 2 1/2-day course at HPI in Orlando, I discovered new ways to articulate and adapt some of the strategies I had for moving forward, living, achieving, surviving and thriving. The ideas presented there helped widen my scope for how I—and people and organizations—can recharge their batteries and perform their best.

I enjoyed the course so much that I asked Cheryl if there was an opportunity to become a teacher for the program. Within six months, I was back in Orlando to complete a Train the Trainer course, and I am getting ready to co-teach my first class in the Corporate Athlete program.

Eventually, I'd like to be in a position where I could help individuals and organizations. I have insights to share as a result of my injuries, and not all of it is personal—some of it was learned through courses like the one at HPI, which I think is a great stepping-off point to be able to better help others. Ultimately, I’d like to help organizations actualize their own potential. I think that everyone is capable of getting a little bit better every day.

The Power of Resilience and Persistence


People ask me, ‘How do you do it?’ I am just following what I see as my biological imperative to survive; the negative options never occurred to me. I’m just a guy who's trying to be happy, a good friend and part of a family. Being injured didn’t change that, so when you take quitting off the table—and really, quitting’s no fun—doing comes a lot easier.

I’ve been blessed with many of the right tools—resilience, persistence, the ability to make sound decisions during times of adversity—which I accredit to my upbringing and 15 years in the military. I’m really thankful that I’m as well-equipped as I can be with a set of values that has helped me thrive."

Watch this moving video to learn more about how Johnson & Johnson is partnering with the Vail Veterans Program to help improve the lives of wounded service members. 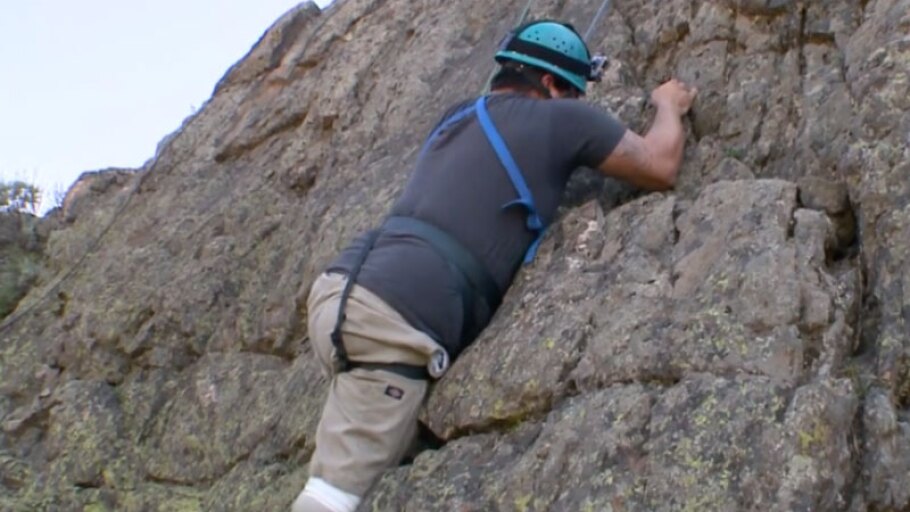