Share
After receiving more than 100 contest submissions between May and August 2018, nine individuals had the daunting task of narrowing the inspiring essays and videos down to just five winners. The judges—comprised of scientists, policy makers and science journalists—have impressive resumes, themselves, having each made important contributions to the advancement of science. Here, meet the members of the independent committee who had the opportunity to review the contest submissions and determine who would be named the inaugural Champions of Science® in Johnson & Johnson’s 2018 Africa Storytelling Challenge.
Today's Top Reads Close

Luc Allemand, Ph.D., Director, Afriscitech
Luc Allemand is a science journalist with over 20 years of experience, including as Editor-in-Chief of the French publication La Recherche. He is the creator of Afriscitech.com, an on-line destination for news and stories highlighting science and technology produced on the African continent.

Aidan Gilligan, CEO, SciCom - Making Sense of Science
Aidan Gilligan has over 15 years of experience in communicating international science and advancing understanding for science around the world. Aidan has managed over one hundred press, stakeholder events, and numerous scientific symposia at the nexus of science and society.

Nathalie Munyampenda, Managing Director, Next Einstein Forum
In her role as Managing Director, Next Einstein Forum, Nathalie Munyampenda ensures the smooth implementation of the NEF impact work plan and provides day-to-day leadership of the NEF team. Previously, Nathalie worked in the Canadian public service and international social media consulting before working to build the Government of Rwanda’s central communication unit as coordinator in the Office of the Government Spokesperson.

Ron Winslow, freelance science journalist, former deputy bureau chief, health and science at The Wall Street Journal and past president of the National Association of Science Writers
Ron Winslow is a highly regarded science journalist who has written more than 1,500 articles describing new medical and health care research and chronicling the economic forces transforming the U.S. health care system. He is a member of the National Association of Science Writers, and was a founding board member of the Association of Health Care Journalists. 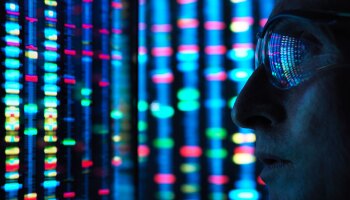