Share
From harnessing the power of the wind in Texas to implementing smarter driving practices in Italy, see how the company worked to make local communities—and the planet—safer and healthier in 2016.
By Michele ShapiroMarch 14, 2017
Today's Top Reads Close

With over 250 operating companies spread across 60 countries, Johnson & Johnson is a truly global enterprise. And when you're a company of that scale, you have an obligation to ensure that your impact on the planet is kept in check.

That’s why, for over 30 years, Johnson & Johnson has been focused on finding innovative ways to cut back on waste and energy use at its facilities worldwide. And in 2016, the company took it a step further by mapping out key environmentally-focused benchmarks to hit over the next four years as part of its Citizenship and Sustainability 2020 goals.

Of course, to set goals is one thing. But to truly meet them, you need dedicated employees—like these four men and women. They all devised creative ways to meet—and, in many cases, exceed—the company's 2020 environmental and sustainability initiatives last year.

From a project in the Texas Panhandle to a clever solution for water conservation in India, here's what inspires these employees to act locally and think globally for the sake of future generations to come.

Harvesting the Power of the Wind 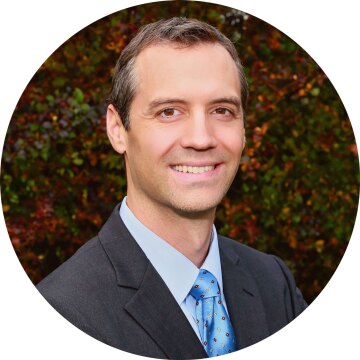 The sustainable idea: In January 2016, Richardson spearheaded an agreement to buy half the output from a 200-megawatt wind project being developed by E.ON SE, an international, privately-owned energy supplier in the Texas Panhandle. The move enabled Johnson & Johnson to cut down on its use of electricity from traditional power plants, which rely on the combustion of fossil fuels, such as coal or natural gas, to produce energy.

The wind project will help reduce pollution, while providing a renewable, economical alternative to conventional electricity sources for Johnson & Johnson.

The inspiration: “You can’t have healthy people without a healthy environment,” Richardson says. “It is exciting to think about having renewable energy that will never run out. The idea of harvesting the power of the sun and wind versus traditional fossil fuels is fascinating to me.”

The company’s earlier efforts to harness wind power, which included installing wind turbines on properties in Cork, Ireland, and solar arrays on properties in Puerto Rico, had produced only incremental savings in energy.

“So we had to figure out how we’d get to our goal of producing or procuring 20% of our electricity needs from clean and renewable sources by 2020, knowing that the time and money we’d spent on clean energy projects in the past had such a minimal impact on our global demand,” he explains.

The impact: As a result of the purchase, Johnson & Johnson is expected to meet that original 20% goal ahead of schedule—so the goal has since been increased to 35%. To reach that milestone, “we need to buy another 10% renewable energy in the next three years,” Richardson says. So he and his team are currently evaluating renewable energy options in both the U.S. and other countries.

Why it’s personal: “As the parent of four young children, I am inspired to leave the next generation a healthy environment in which to live and work.”

Turning Waste Into Wins for Women in Africa 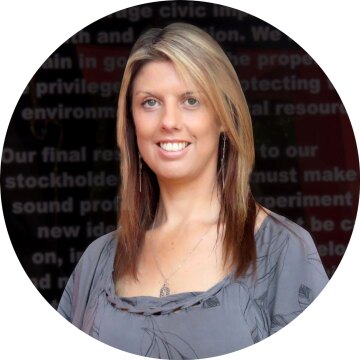 The sustainable idea: Pretorius, whose work site manufactures sanitary pads, had a bright idea to reduce waste and help local communities at the same time: The factory, she thought, should donate pads that are “useable but not sellable” to young women in rural areas instead of sending them to landfills.

So Pretorius and three colleagues spent the majority of 2016 setting the stage for the initiative by identifying 10 pilot schools and seeking out potential partnerships.

“It’s more complex than just giving out pads,” she explains. "We would like to teach girls how to use the pads and how to dispose of them correctly, so that we do not add to the current environmental problem of having sanitary pads ending up in our rivers."

The six-month trial for the project is slated to begin this month.

Focusing on high-risk sites like these might help us find solutions to reduce our dependency on water through recycling and reduction across the company.

The inspiration: Many of these girls do not attend school while they are menstruating because they don’t have access to sanitary pads or can’t afford them, Pretorius explains. “It affects their performance in school," she says. "They stay away due to embarrassment caused from not wearing a pad. You can imagine the effect that missing one week of school every month has on their education."

The impact: The initiative not only gets the site close to its goal of zero waste (that’s right, zero), but it also fills a crucial public health need, which includes women’s health training for local residents.

Why it’s personal: “I’ve always had a passion for people," Pretorius says. "It’s in my nature to want to help and make a difference. If I see anyone in need, I try to think of a way to make it better.” 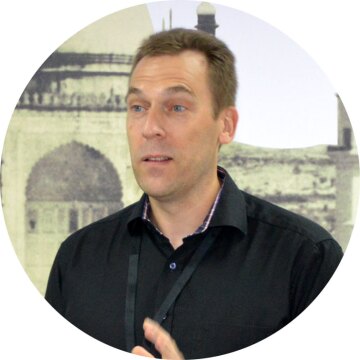 The sustainable idea: When a dire water scarcity issue, combined with the simultaneous discovery that the water supply was contaminated with pathogens, threatened to bring production to a complete halt at his facility in Aurangabad, Dohrn oversaw the installation of a specialized filtration system that allowed the plant to keep operating and even recycle water.

There was another benefit: Dohrn's solution ultimately inspired Johnson & Johnson to look at other sites around the world that also faced similar water risks.

The inspiration: For Dohrn, who relocated to Aurangabad a year ago from Norderstedt, Germany, the contaminated water supply was an eye-opener. “We have a lot of rain and water in Germany, and the government makes sure that it’s always clean,” he says. 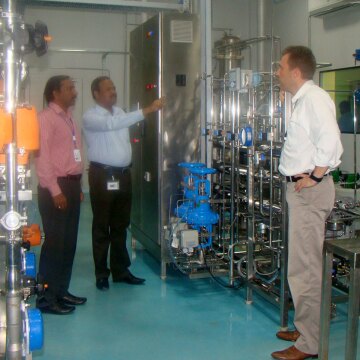 The impact: In addition to reducing water waste, thanks to the filtration system, Dohrn is also focused on finding alternatives to reduce water consumption in such manufacturing processes as needle polishing. “Solutions like these could reduce our dependency on water through recycling and reduction across the company,” Dohrn explains.

Why it’s personal: “I donate to World Vision, an organization that collaborates with government operations in Cambodia to set up water treatment plants in remote areas. My family and I visited one such project last year and it highlighted for me that fresh water and toilets are important for driving health in the region," he says. "It’s not about saving water—it’s about helping people avoid diphtheria and disease.”

Cutting Back on Car Pollution in Italy 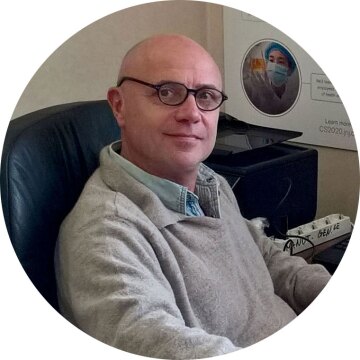 The sustainable idea: Johnson & Johnson has a fleet of around 1,000 cars that travel up and down Italy's 1,300 km length (over 800 miles), mostly driven by its sales force.

Tortora’s team works to decrease their environmental impact, particularly CO2 emissions, through progressive substitution by using less polluting cars—as well as a program called Clear Drive Eco-Training, which teaches employees that they can control emissions by how they drive and maintain their vehicles. In 2016, 75% of company drivers in Italy completed the training.

The inspiration: According to Tortora, Johnson & Johnson’s company Credo has inspired him and 11 colleagues in Italy to volunteer with Safe Fleet outside of their full-time jobs. “Helping our employees and our communities to be healthier is consistent with our Credo,” he says.

The impact: When it comes to measuring a vehicle's CO2 emissions, any number below 100g/km is outstanding, while between 100 and 130 is considered reasonable, explains Tortora. “We put into place standardized average CO2 emissions of 97g/km for the entire fleet,” he says.

For 2017, Tortora is excited about a pilot project on virtual risk management. “Rather than accessing what went wrong after a crash with one of our vehicles, we’re testing a reactive approach,” he says. “If you drive fast, sooner or later you’ll have a crash. But if I know that you’re a high-speed driver, I can put things in place to manage risk and keep crashes from occurring." 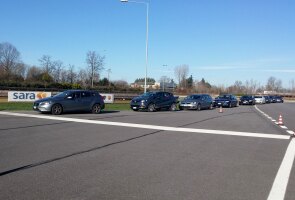 Tortora says even this program can help with sustainability goals, since it will make drivers pay attention to habits that may be environmentally unfriendly—for instance, a tendency to accelerate or hit the brakes suddenly can cause higher emissions.

Why it’s personal: “Every one of us makes a step—not a huge step. But many steps add up to a big difference over time.” 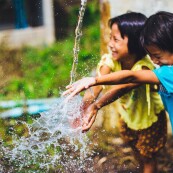