For most people, volunteering gets squeezed into free evenings or weekends.

But for Johnson & Johnson employees, there’s another option. Thanks to the Extended Volunteer Leave Policy, eligible individuals can take up to two weeks away—one paid—from their jobs to volunteer at a non-profit, using their skills and expertise to help make a difference in the world.

The policy puts Johnson & Johnson in a small but growing group of companies that allow workers to truly immerse themselves in a volunteer project for an extended period of time, enabling them to make even more of an impact.

So for National Volunteer Week, we spoke to four Johnson & Johnson staffers who took advantage of the program to spend time off from work not on a vacation, but on a mission to help impact the lives of others—and their own, too. 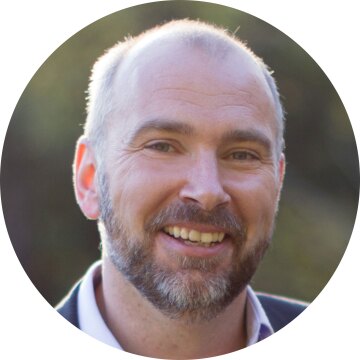 Every February for the past six years, Reinhard Juraschek has taken advantage of the Extended Volunteer Leave Policy and boarded a plane bound for the Guatemalan highlands. In a small town with little access to healthcare, he joins the Rotary International’s Iowa MOST (Miles of Smiles) team, which performs cleft lip and palate surgeries on children.

Cleft lips and cleft palates are birth defects in which a piece of the lip or palate (the soft tissue at the top of the mouth) is missing. In places like the U.S., such birth defects are operated on immediately, but that's not the case in the highlands of Guatemala.

“The kids born with this defect grow up being stigmatized and not accepted in society,” says Juraschek, who lives in New Jersey. “It also impacts speech—they aren’t able to enunciate certain sounds, which makes them sound unintelligent.”

It’s so rewarding when a kid runs his tongue over his lip and can’t believe it’s been fixed. This was a way to do something with my skills and background that was completely, undoubtedly good.

That’s where Juraschek and his team come in: One week every year, they return to the region and perform much-needed surgeries to fix the birth defects. 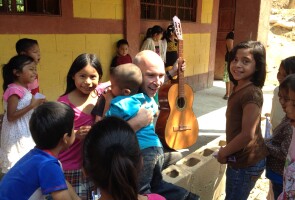 Juraschek on one of his trips to Guatemala

“At Johnson & Johnson, I do research and development for plastic and reproductive surgery,” Juraschek says. “I was worried I wouldn’t be helpful because I’m a scientist, not a surgeon, but it turns out there are a lot of things for me to do.”

To wit, he's helped out as a nurse in the recovery room, where he sang to kids as they woke up; helped streamline processes and improve procedures on-site; and even developed additional side missions, like fixing kids' teeth with help from volunteer dentists.

"It’s so rewarding when a kid who is 12 or 14 runs his tongue over his lip and can’t believe it’s been fixed, or a parent sees their little one after the surgery," Juraschek says. "This was a way to do something with my skills and background that was completely, undoubtedly good." 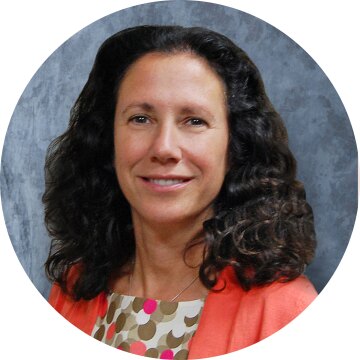 There was an unlikely source for Carrie Arndt’s passion for volunteering: her son.

“He was a freshman at Duke University in a global health program when he learned about the challenges facing girls in Africa,” Arndt explains. “He called me up asking if I could help out with corporate contributions, but I wanted to do more than that.”

That was 10 years ago. Since then Arndt has been deeply involved with the Women’s Institute for Secondary Education and Research (WISER), which runs a boarding school in Kenya that not only educates girls but teaches them the life skills they need to be successful and independent adults, like how to interview for a job or stay on top of their personal finances.

What makes these trips even better is that I go with other Johnson & Johnson employees. To be able to come home and work with people who have gone with me is incredibly enriching.

“The community had no running water, no electricity and very primitive latrines,” she recalls of her first trip to the country in 2008. “And yet the people there were so optimistic and positive in the midst of having so little. It was humbling.” 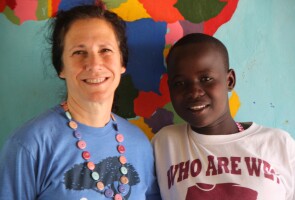 Arndt and a boarding school student in Kenya

Arndt, who lives in California, has now taken six trips to Kenya—using the Extended Volunteer Leave Policy three of those times—including trips to help officially open the school in 2010, and to attend the first class’s graduation in 2014.

“I helped select the 30 students for that first class," she says. "Many of them couldn’t even talk about what they wanted for their future. They had never thought about aspirations because it was assumed they would just get married and have kids. That first class was full of pioneers—they forged the path and motivated the girls who came after them.”

And the results have been amazing: Of the 120 girls who have graduated thus far, each one has passed the high school exit exam, and more than 90% of graduates go on to receive further education.

“What makes these trips even better is that I go with other Johnson & Johnson employees,” Arndt says. “To be able to come home and work with people who have gone with me is incredibly enriching.” 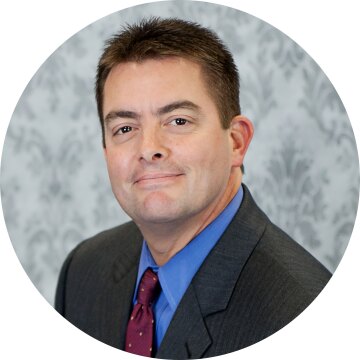 While many people take summer trips to the beach or a lake house, Michael Blocker heads for Dillon, South Carolina. His mission: lead a team of kid and adult volunteers as they fix up houses for people in need. Throughout the week, the volunteers work on eight houses that have fallen into disrepair because their owners lack either the financial means or physical ability to maintain them.

After his first stint volunteering with Salkehatchie Summer Mission in 2011, Blocker was hooked, returning every year as a site leader, and taking advantage of the leave policy four times. In his role as a site leader, the Georgia resident helps pick the houses that get fixed up, teach the volunteers about job site safety, and keep the project on time and on budget.

A few years ago, we fixed up the houses of two ladies in their 90s and it was so great to hear their life stories. I always get more out of it than what I put into it. 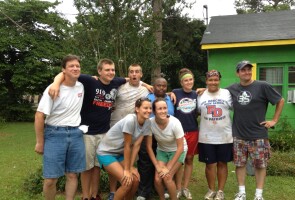 “We aren’t just doing a little landscaping or putting on a fresh coat of paint,” Blocker says. “We are ripping out rotted floors, replacing roofs and fixing plumbing—this is hard work! There’s always a moment in the middle of the week when we wonder if we bit off more than we can chew, but everyone puts their noses to the grindstone to finish.”

While laboring under the hot South Carolina sun can be taxing, Blocker loves every minute of it.

“You make connections with the other volunteers and the families who live in the homes. A few years ago, we fixed up the houses of two ladies in their 90s and it was so great to hear their life stories,” he says. “It’s all about leaving behind something that’s better than when we showed up. That’s why I always get more out of it than what I put into it.” 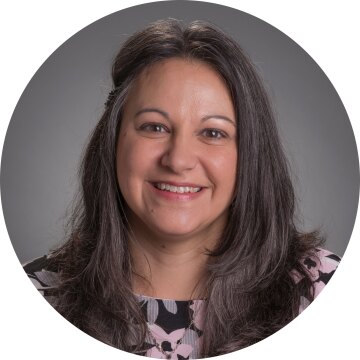 Even before she joined Johnson & Johnson, Lucille Ferrante had always wanted to go on a medical mission. “I started out my career as a practicing physician and felt a higher calling to help those who didn’t have access to care,” she says. “But it’s so hard to take time off when you’re practicing, and if I did, it was always to spend time with my family.”

So when she got to Johnson & Johnson, and the opportunity arose to help people in Haiti still struggling after the 2010 earthquake, Dr. Ferrante knew she had to go.

I heard about a group called Poverty Resolutions that worked to help people in Arcahaie, a very poor community outside of Port-au-Prince. I felt like a door was opening for me and I had to walk through it.

“I heard about a group called Poverty Resolutions that worked to help people in Arcahaie, a very poor community outside of Port-au-Prince,” she says. “I felt like a door was opening for me and I had to walk through it.” 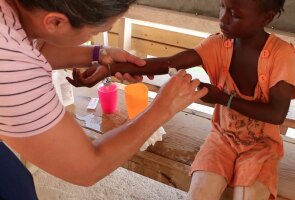 Last September, she took advantage of the Extended Volunteer Leave Policy and left her home in Pennsylvania for Arcahaie. “Poverty Resolutions was starting a clinic and needed help getting it up and running,” Dr. Ferrante says. “With my background as a physician, I became their medical advisor.”

While there, she networked with existing clinics, and after meeting with a pediatric residency program in Port-au-Prince, she helped paved the way for Arcahaie to develop its own pediatric clinic.

“I was even able to do health assessments for kids who are in Poverty Resolution’s child development program,” she says. “As a doctor, it felt so good to see patients again.”

Dr. Ferrante is planning to return to Haiti in the fall, using the leave policy. “This has really pushed me outside of my comfort zone,” she says. “It’s scary in the moment, but then you see the significant growth and it’s quite liberating.”