3 Ways Johnson & Johnson Gives Back to Our Nation’s Bravest

Share
Veterans Day isn't the only time of year that the company honors those who serve our country. Learn how it lends a hand to active service members and veterans all year round—and how you can help, too.
By Melanie MannarinoNovember 10, 2016
Today's Top Reads Close

Each November, Americans commemorate the patriotism, service and sacrifice of those who've fought to protect our country on Veterans Day.

At Johnson & Johnson, honoring veterans and active service members is actually a year-round effort, thanks to partnerships with organizations like the USO and the Stephen Siller Tunnel to Towers Foundation that work to support our nation's bravest.

"Johnson & Johnson has a strong reason for supporting service men and women, their families and our veterans," says Susan Can

From helping to build high-tech houses for service members wounded in combat to sending care packages to soldiers still in the field, here are just a few of the ways Johnson & Johnson assists America’s active and veteran service people—and how you can help, too.

The USO: Supporting Service Members Overseas and at Home 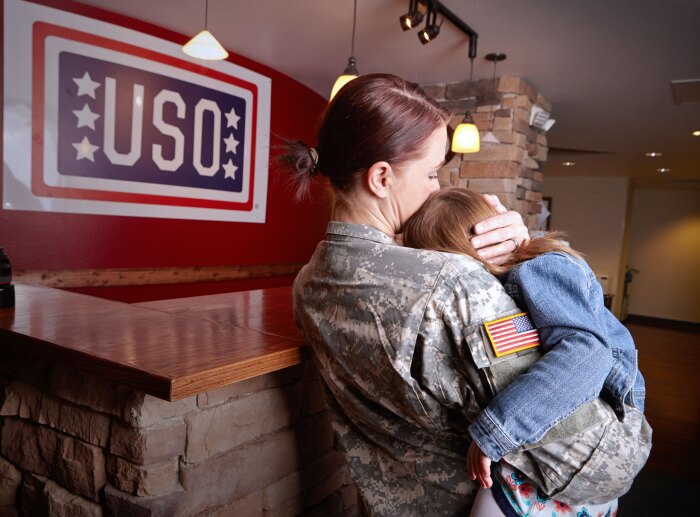 A mom comforts her child at a USO Warrior and Family Center.

This upcoming holiday season, the company is also sponsoring USO initiatives that anyone can support.

From November 1 through December 31, donate a virtual gift—from comfort-food packages to WiFi service—through the USO Wishbook, and Johnson & Johnson will match donations up to $400,000.

You can also download the free Donate a Photo app, upload a snapshot once daily and the company will donate a dollar for each photo to help a service member call home.

Want to learn more about this storied organization? Tune into PBS and watch a new documentary, USO—For the Troops, which chronicles the USO's 75-year history. 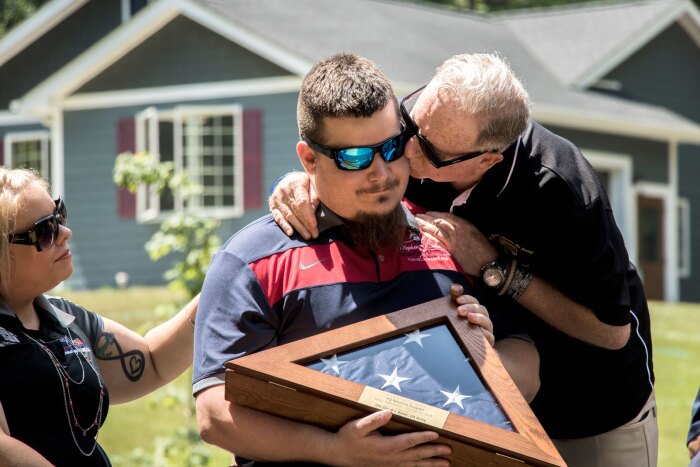 Building for America's Bravest has designed 56 smart homes for returning veterans, including this one for Corporal David Bixler.

For many service members who've been seriously hurt in the line of duty, returning home requires adjusting—and adapting—to a whole new way of living.

Depending on the needs of the individual, homes might feature wheelchair-accessible showers and doorways, adjustable-height counters and automatic lighting.

To date, the organization has designed 56 homes with the help of partners like Johnson & Johnson and Home Depot.

The Travis Manion Foundation: Inspiring the Leaders of Tomorrow 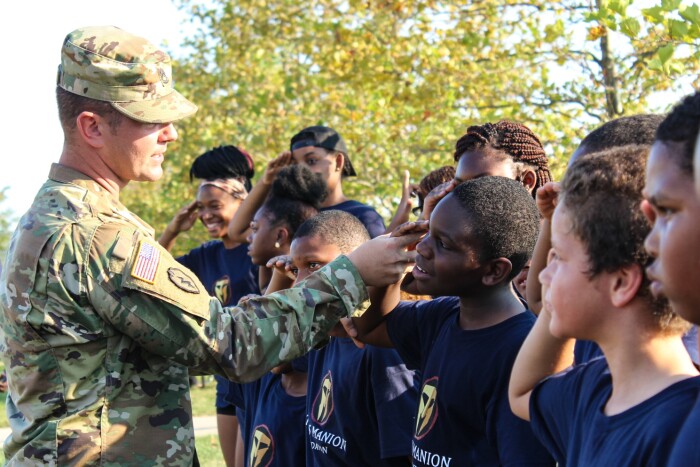 More than 150,000 young adults have taken part in Character Does Matter programs nationwide.

Johnson & Johnson is also a proud supporter of the Travis Manion Foundation and its Character Does Matter (CDM) program, which connects veterans and families of fallen service members with young adults around the country to not only teach them values-based leadership skills but also inspire them to serve their communities.

Through presentations, leadership courses and mentoring, the program has paired nearly 300 veterans and families of the fallen with more than 150,000 young people since 2008. The children and their mentors also tag team on service projects, such as helping to feed the hungry and refurbishing neighborhood recreation centers.