Share
Fact: 60% of Americans live with at least one long-term health condition—and many of them face daily pain. We asked some of these very patients to share reality-tested ways they've learned to take control of their lives.
By Linda RodgersApril 22, 2018
Today's Top Reads Close
B

arby Ingle was only 24 when she was diagnosed with endometriosis, a condition that affects some 11% of women in the U.S. between the ages of 15 and 44, and can be excruciatingly painful. After two years of treatment, she had a hysterectomy.

“I thought I could overcome anything after that,” recalls Ingle, now the president of the International Pain Foundation. 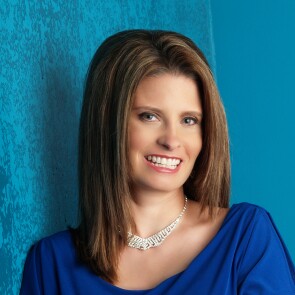 But a few years later, she was in a car accident and developed reflex sympathetic dystrophy (RSD), a rare disorder marked by severe pain. It took 43 doctors and three years before she was properly diagnosed. By that time, she was so debilitated that taking a shower felt like “a million sharp needles” on her body, and she was sleeping more than 20 hours a day.

Sixty percent of Americans live with at least one chronic illness, and 42%, including Ingle, have more than one, according to a recent study done by the RAND Corporation. If you’re one of them, you know all about the daily struggle to cope with ongoing treatments, stress, pain and the loss of your identity or abilities—all of which might be imperceptible to the outside world.

In fact, remaining resilient through chronic illness is one focus of this year’s HealtheVoices Conference in Chicago. The annual event, sponsored by the Janssen Pharmaceutical Companies of Johnson & Johnson, brings together online health advocates and patient bloggers to share their personal experiences, learn from each other and grow empowered—giving them the tools they need to strengthen their online communities.

In advance of the conference, we asked two such patient advocates and medical experts to share their best advice for staying positive and strong while living with a chronic disease.

Leverage the power of lists.

When we experience adversity, our brains are hardwired to dwell on what went wrong—and then overgeneralize so one loss bleeds into other aspects of our lives, explains Andrew Shatté, Ph.D., president of Mindflex, a company that specializes in resilience training, and research professor at the College of Medicine, University of Arizona.

Make a list of the things your illness actually does prevent you from doing, and then a list of workarounds for each limitation.

To combat that tendency, he recommends making a list of the things your illness actually does prevent you from doing, and then a list of workarounds for each limitation.

If it’s too painful for you to chop veggies, for instance, treat yourself to the pre-cut kind at the grocery or get your partner or friends to do it for you and leave them in containers in the fridge. Or if you can no longer do yoga, modify your favorite poses and do them sitting in a chair.

What’s important is to retake control of your situation in new and incremental ways so you feel more optimistic and less powerless.

Give yourself permission to let go and accept your limitations.

Sometimes one key to better coping with a chronic illness is skipping some of the tasks you used to consider must-do's—and being OK with it.

Elizabeth Bradley, M.D., the medical director of Cleveland Clinic’s Center for Functional Medicine, recommends starting the day with a checklist ranked by priority so you know what to do first, when your stamina is highest, and what can go by the wayside if necessary.

Similarly, Ingle, a HealtheVoices advisor, likes to think of her physical and emotional energy as pennies.

She has 12 pennies to spend per day and each activity—going to the doctor, taking a shower, cleaning—eats up a certain amount. If she has a lot of doctors' appointments one day, she will skip the shower and use a no-rinse soap to conserve pennies.

She also acknowledges her limitations: If she’s invited to a party, she's candid with her hosts that she can likely only stay for a half-hour, unless she feels up to more.

Seek out a support group specific to your condition. 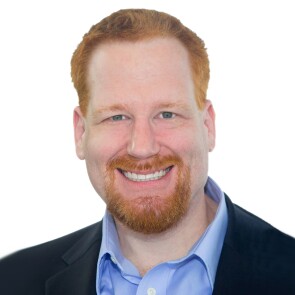 “Peer support is incredible for recovery,” says Gabe Howard, a HealtheVoices advisor who was diagnosed with bipolar disorder at 25 and joined several support groups before going on to lead one himself. “These groups give everyone the opportunity to talk about real stuff.”

“I Grew Up With a Mother With Bipolar Disorder”: How One Woman Wants to Change the Stigma Around Mental Health

When his medications were causing sexual side effects, Howard was too embarrassed to bring it up with his doctors—and even felt tentative bringing it up in a support group, until another member said something. This, in turn, inspired others to share their experiences and they urged Howard to speak up, getting him to realize that doctors couldn’t help him if he wasn't candid with them, too.

In addition to RSD, Ingle also suffers from migralepsy (migraines followed by seizures) and temporomandibular joint dysfunction, so pain is a constant for her.

How does she manage?

“Quitting's No Fun”: Meet the Wounded Veteran Who's Redefining Resilience

By reminding herself this is just one moment and that she can get through it. Even if you feel like a fraud at first, she says, the more you practice positive affirmations, the better off you’ll be.

Ingle's therapist recommended she write down everything that made up who she was as a person. She came up with a whopping 75 items—and it was empowering.

Experts say she’s onto something. “The pain is real, but focusing on the pain doesn't make it any better,” Shatté says. And when you maximize the positives in your life, you actually experience less pain—19% less, according to his research.

One easy way to do this: As soon as you wake up and before falling asleep at night, come up with three good things that happened to you during the day, he suggests. “It helps to show you that it hasn’t been all bad,” he says.

Ingle came up with a similar list after she’d lost her job, along with her house and her husband—all within the span of just two years. “My whole being had been wrapped around my job, and when I couldn't do that anymore, I felt like I was nothing,” she says.

Her therapist recommended she write down everything that made up who she was as a person. She came up with a whopping 75 items—and it was empowering.

“I’d been totally tied into [the idea] that what I did equaled who I was," she recalls. "But I realized that no one could take away my accomplishments, even if I couldn’t accomplish them again. I still had a reason to continue and fight for who I was."

Meditate your way to less pain and better Zzzs.

Fitting in a 20-minute-a-day practice may sound daunting, but it could be worth the investment: Meditation has been shown to decrease the inflammatory markers in your body, boost your immune system and reduce pain, says Dr. Bradley.

And once that pain eases, you tend to sleep better—30% better, according to Shatté—which can lead to a host of other benefits, including more emotional control, focus and resilience.

Meditate to … Boost Your Confidence? You Can With These 3 Modern-Day Meditations

If you're new to meditation, you can start with these simple exercises: Focus on one word as you inhale, and focus on another as you exhale. Or try progressive muscle relaxation, either by tightening your whole body and gradually relaxing each part, or by taking a few breaths, then doing a body scan to see which parts are tense and working on loosening those.

You can also try a guided app, such as Calm, which Dr. Bradley recommends.

One of the hardest things to contend with when you have a chronic illness is what Shatté calls the “ideal-real gap”—the one between what you want your world to be like and the way it really is.

For Howard, that realization led him to give up his high-pressure, high-paying career in IT after finally accepting that it made his anxiety worse.

“Revamping my life plan was hard, but my original one wasn’t stable—and to pretend otherwise was a symptom of my illness,” he says.

Once you boost a sense of purpose in people’s lives, they tend to experience an improvement in their subjective experience of pain.

His advice: Find a new plan that’s reasonable for you to achieve. For Howard, that meant changing careers and becoming a motivational speaker and advocate, using his experience with his condition as an asset, including hosting two podcasts for PsychCentral.com: The Psych Central Show and A Bipolar, A Schizophrenic, and a Podcast.

Howard’s new career also taps into a key wellspring of resiliency: a sense of meaning.

“Anything that can get you out of yourself and attached to something larger—whether it’s reconnecting with your values, extended family or community—is very useful,” Shatté notes.

Beyond feeling connected to the wider world, he says there’s a bonus perk: “Once you boost a sense of purpose in people’s lives, they tend to experience an improvement in their subjective experience of pain."