For World Immunization Week, we asked Heidi Larson, Ph.D., to share her thoughts on why there has been an uptick in people forgoing vaccines—and why they're crucial to eliminating some of the world's most pervasive diseases.
By Camille Chatterjee
Share
Share
Today's Top Reads Close

For most people in the U.S., the flu tends to be a winter nuisance, leading to a few days of missed work.

But that doesn’t mean influenza can’t be deadly.

Remember the H1N1 “swine flu” that was rampant in 2009? The U.S. Centers for Disease Control and Prevention (CDC) has estimated the global death toll from that pandemic to be more than 284,000. There's also the influenza pandemic of 1918, which killed at least 50 million people—more than World War I.

The flu vaccine is the most effective way to combat the disease—yet, in many Western countries, rates of vaccination (and not just for the flu) have actually fallen in the past decade.

Why are some people afraid of vaccination when it’s been proven to save lives?

For World Immunization Week, we asked Heidi J. Larson, Ph.D., an anthropologist and Director of The Vaccine Confidence Project (VCP) at the London School of Hygiene & Tropical Medicine, to explore the reasons—as well as what we can all do, as a society, to help foster a healthier world.

How did The Vaccine Confidence Project come about?

From 2000 to 2005, I headed UNICEF’s global immunization communication, with a particular focus on strategies to support the introduction of new vaccines. During that time, I saw an exponential growth in resistance against vaccination—and it wasn’t just one vaccine sparking it. 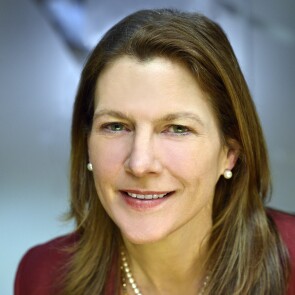 The tipping point for me was an 11-month boycott of the polio vaccine in northern Nigeria between 2003 and 2004. There had been no adverse health event caused by the vaccine—just politically driven rumors that created public anxiety. As a result, the country was reinfected with polio due to drops in vaccination coverage. It spread there and to 20 countries globally, setting the global polio eradication mission back by $500 million.

I felt this problem needed deeper understanding. Instead of fighting fires, we needed to figure out what was sparking them all. So, in 2009, I formed The Vaccine Confidence Project, a multidisciplinary group including anthropologists, psychologists, epidemiologists and more to do just that.

What about the U.S.? Why is there distrust of vaccines today?

People think Andrew Wakefield [who famously published a 1998 study linking the measles, mumps and rubella vaccine to autism, which was then retracted and found fraudulent] inspired the current wave of public distrust. But resistance to vaccines actually started with the very first vaccine, for smallpox, in the 1800s.

Yes, there are potential risks—there will always be potential risks with any medical treatment. And we don’t talk enough about that. The fact is, while vaccination is one of the best tools public health has, a shot is not always so pleasant, especially when your risk of getting a certain disease is not so high. We simply say, “Take it, it’s good for you.”

So a lot of the public feels alienated and put down for asking questions about vaccines. They’re frustrated. And healthcare professionals are frustrated, too. They don’t have a lot of time to spend with patients, so people are doing their own research online. And a lot of what you find there is negative, or incorrect.

A lot of vaccine avoidance is belief-driven. It’s not out of bad intentions. But sometimes educated people have a bit of hubris, too.

And as more vaccines have been developed, the more that feeling has been amplified. Considerable more investment has been made in the fantastic advances of vaccines than in preparing the public for them. The public health community thought: They're good. People will use them. We took that public contract for granted for too long.

So a lot of vaccine avoidance is belief-driven. It’s not out of bad intentions. But sometimes educated people have a bit of hubris, too.

In 2013, the World Economic Forum announced that the top three global risks that year were the economic recession, digital wildfire (the online negativity I described) and human hubris about health. I thought it was courageous and spot-on. When you don’t vaccinate, it’s thinking you know better.

You recently appeared in the CNN documentary Unseen Enemy. Why did you participate, and what do you hope viewers take away from it?

I agreed to be part of Unseen Enemy [a film presented by Johnson & Johnson about the threat of viruses and bacteria that can cause global pandemics] because I believe its core messages are of utmost importance to all of us—now more than ever.

I hope people understand through the film that there are many things in our daily lives that we could start to improve even before disease outbreaks happen—from our social behavior to environmental issues—in order to mitigate their negative impacts.

One surprising fact highlighted in the film is that we haven't fully eradicated a disease worldwide since 1980, with smallpox. What do you think is the next disease to potentially be vanquished worldwide?

Polio is the only disease that’s currently on track to be eradicated right now. Every single last case around the globe has to be gone, and it still exists in Pakistan, Afghanistan and Nigeria.

But we’re close: According to the World Health Organization, 99% of the world is now free of polio.

The next one could be measles. We're still struggling with acceptance of the vaccine, though, even in higher-income countries.

How do you hope your work can help alleviate the public's fears?

I try to stay in the middle. I believe in vaccines, along with an honest space where we can talk openly about the issues.

There’s no propaganda on The Vaccine Confidence Project website. Our team monitors the media and conducts literature reviews, qualitative research and big-data analyses to look at trends in vaccine beliefs, so we can then map public trust and confidence in them.

We’re really trying to look at some of the challenges facing people when it comes to disease prevention and vaccination, so we can help alleviate their concerns—and protect the future. 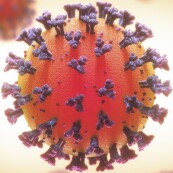