72
Imagine if you were trying to speak and no one could understand you. That's what it's like to live with this language-impairing condition. For National Aphasia Awareness Month, learn how to spot the symptoms of the neurological disorder and what to do if you're afflicted.
By Hallie LevineJune 29, 2022
Today's Top Reads Close

You may recognize the term “aphasia” from the news: A well-known actor recently made headlines when he announced that he was stepping away from acting because he’d been diagnosed with the condition.

In fact, 180,000 people in the United States are diagnosed with aphasia—a disorder that results from damage to parts of the brain responsible for language, profoundly affecting a person’s ability to speak, listen, read and write—each year. It currently affects about 2 million Americans.

What It Really Feels Like to Have Multiple Sclerosis

Aphasia usually happens suddenly, after a stroke or head injury, but it can also develop slowly as the result of a brain tumor or progressive neurological disease. It may be caused by treatments such as immunotherapies for cancer, which is why Johnson & Johnson Innovation, together with Janssen Global Services, is seeking new ideas for identifying aphasia and other symptoms that may occur after receiving immunotherapy treatments.

“It’s a devastating disease because it doesn’t impact someone’s cognitive abilities: People know exactly what they want to say, but they can’t get the words out,” explains Darlene Williamson, President of the National Aphasia Association.

For National Aphasia Awareness Month, we asked Williamson and other experts on the condition to walk us through what happens throughout the body and mind as aphasia progresses—and share what patients can do to live as normal and healthy a life as possible.

"I Have Trouble Finding the Right Word Sometimes—Is That Aphasia?"

You've probably experienced the feeling of having a word or phrase right on the tip of your tongue that you know you know but can't fully remember or retrieve in conversation. It's a situation so common that psychologists actually call it a tip-of-the-tongue state (TOT).

It's completely normal to have TOTs in everyday life, though people with a milder form of aphasia called anomic aphasia experience TOTs more persistently than others, as do older adults who don't have aphasia and children with dyslexia.

So what is aphasia, exactly? There are two main categories: fluent and nonfluent.

With fluent aphasia, people may be able to speak in long, complete sentences, but the sentences may not have meaning. “We often call this ‘word salad': They may use the wrong words or make up words entirely,” explains Leora Cherney, Ph.D., Director of the Shirley Ryan AbilityLab’s Center for Aphasia Research and Treatment and a professor at Northwestern University.

People with nonfluent aphasia, on the other hand, struggle to form sentences, says Cherney. They may use words or simple phrases to express themselves.

These types of aphasia are different from primary progressive aphasia, or PPA. PPA develops when the parts of your brain that control language start to shrink, which affects your ability to communicate. About 40% of the time, PPA is due to Alzheimer’s disease, and another 60% of the time it’s thought to be due to another form of neurodegenerative disease known as frontotemporal lobal degeneration.

Either way, people with PPA experience problems with speech and language that may start slowly but get worse over time. Because PPA is a progressive disorder, patients may also eventually experience symptoms unrelated to language, such as memory loss or problems with movement.

"I'm Suddenly Having Difficulty Speaking. Could I Be Having a Stroke? 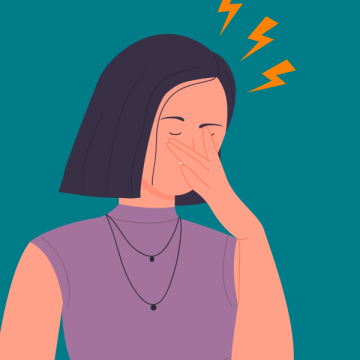 The most common cause of aphasia is a stroke, says Williamson. (In fact, aphasia afflicts up to 40% of stroke survivors.) Early warning signs of stroke can include:

"I Had Four Strokes and Two Brain Surgeries—and Survived"

If you’re experiencing any of them, it’s imperative that you get treated quickly, says Williamson. The faster blood flow to the brain is restored, the better your prognosis, whether or not you do go on to develop aphasia. Symptoms of stroke-related aphasia your medical team will be watching for include:

If your doctors suspect aphasia, they will have you undergo an MRI or CT scan to try to identify the precise location of a brain injury. You’ll then be evaluated by a speech and language pathologist, says Williamson.

"Knowing That No One Can Understand You Is the Worst Part"

Understandably, feelings of confusion and frustration are normal for people with aphasia.

"They try to read something and can’t recognize the words,” says Cherney. “Or they try to say something, and it comes out sounding like gibberish.” People with fluent aphasia also often struggle to understand what others say.

“Nonfluent aphasia is often the most frustrating, because while patients understand what others say, they can’t communicate themselves,” adds Williamson.

In fact, research shows that aphasia has an even greater negative impact on quality of life than cancer and Alzheimer’s disease. “Patients have said things to me like, ‘I’m in here, I know what I want to say, but I can’t get it out,'” explains Williamson. “It’s enormously challenging, not just for the person with aphasia, but for their loved ones, as well.”

"For Me, Speech Therapy Made Communicating a Lot Easier" 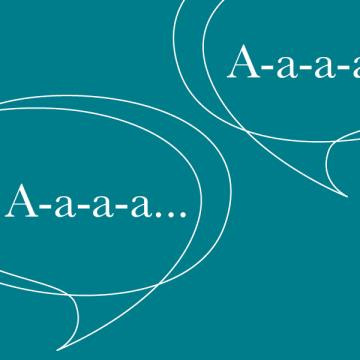 While there’s no cure for aphasia, there are treatments that can help patients regain their ability to communicate. Traditional speech-language therapy, for instance, has proven to be quite effective.

“Just practicing and exercising drills every day has been shown to significantly improve outcome,” says Swathi Kiran, Ph.D., Director of Boston University’s Aphasia Research Laboratory. The key, she stresses, is to start treatment as soon as possible. “The brain is quite plastic, and rehabilitation harnesses that plasticity,” Kiran adds.

“I recently worked with a combat veteran who had aphasia due to a traumatic brain injury,” Williamson recalls. “While he couldn’t tell me where he got shot, he could pull up a map on his iPhone and show me the exact spot where he was injured.”

Some people may need to use this sort of assistive technology temporarily, while for others, it may become a permanent part of their life. “The good news is it’s there for people if they need it,” Williamson says. “It may mean that a stroke survivor can communicate again with their grandchildren or go back to work part-time.” 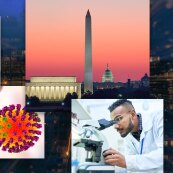