Share
It's a medical condition we've all heard of, but one that many of us may not fully understand. For National Autism Awareness Month, we talked to two leading autism experts to get the very latest facts—and dispel misconceptions.
By Hallie LevineApril 11, 2017
Today's Top Reads Close

When people think of autism, chances are they conjure up the image of Dustin Hoffman’s character in Rain Man—the mathematical savant with a razor-sharp memory.

But the reality is that autism—which, according to the latest Centers for Disease Control and Prevention (CDC) estimates, affects one in 68 children—encompasses much more than those stereotypical characteristics. The truth is that each individual with autism is completely different, with unique strengths and idiosyncrasies.

Autism, or autism spectrum disorder (ASD), refers to a range of conditions characterized by challenges with social skills, repetitive behaviors and difficulty communicating.

“There are many types of autism, due to a combination of genetic and environmental factors,” says Gahan Pandina

Gahan Pandina, Ph.D.Senior Director, Venture Leader, Janssen Research & Development, Ph.D., Senior Director, Venture Leader, Janssen Research & Development. “It includes people who have high IQs with social impairments and people who aren’t able to speak and need help with basic skills, like getting dressed. As a result, there’s not one drug or therapy protocol that fits all—there are many different therapies, depending on the symptoms, and that can be challenging.”

The good news: Through their work with JAKE™, or the Janssen Autism Knowledge Engine, Pandina and other scientists are working hard to identify the full range of symptoms that the condition encompasses, and the best treatments for each, so people with autism can get the appropriate help they need.

For National Autism Awareness Month, we're taking a look at what the very latest research has uncovered about autism—and what we still have to learn.

The median age of autism diagnosis is about 3 years and 10 months, according to the CDC. Yet studies show that early warning signs may surface much earlier, like lack of eye contact or delayed fine motor skills, for example, even before a child’s first birthday.

And that gap in detecting symptoms could make all the difference when it comes to treatment.

“That two- or three-year lag is a critical window of time,” points out Geraldine Dawson, Ph.D., Director of the Duke Center for Autism and Brain Development at Duke University Medical Center in Durham, North Carolina. “The brain is malleable and plastic during the infant and toddler years, so if you’re not intervening, you’re losing ground.”

In fact, one 2014 study found that babies aged 7-15 months showing signs of autism, such as repetitive motions and decreased eye contact, who received behavioral interventions had significantly fewer autism symptoms at age 3 than those who didn’t get early therapy.

While most physicians and autism clinics are wary of giving a diagnosis earlier than 18 months, if you do notice warning signs in your baby—like no big smiles by 6 months, no babbling or pointing by 12 months or no words by 16 months—consider getting your child evaluated by a developmental pediatrician or other professional, who can then advise on an early intervention program for speech or cognitive delays.

The causes of autism remain a puzzle. “We know there are many factors involved—some environmental, some genetic, with new candidate genes discovered every month,” Pandina says.

In fact, anywhere from 56 to 95% of autism is due to genetics, according to a 2015 study published in JAMA Psychiatry; to date, there are more than 800 genes implicated in the disorder.

In fact, anywhere from 56 to 95% of autism is due to genetics; there are more than 800 genes implicated in the disorder.

The silver lining to this: Brain scans of babies whose older siblings have autism suggest that they could be identified as having the disorder when they're as young as 6 months of age, according to a study published this past February in Nature.

“This is really groundbreaking research because it means that children at high risk may be able to get started in therapy early,” Dawson explains.

That said, environment can play a strong role, too. For instance, a 2014 Harvard study found the risk of autism doubled when women were exposed to high amounts of air pollution while pregnant.

The age of the father may also be a factor: According to a 2015 study published in Molecular Psychiatry, autism rates are 66% higher among children born to men over 50, compared to those born to men in their 20s.

Even pregnancy conditions have been linked to autism, although Dawson notes the research is still preliminary. But a 2016 University of California Davis study found that children born to obese women with diabetes were four times as likely to have autism than children born to healthy, normal-weight women.

There is, however, one thing researchers know doesn't cause autism: vaccines.

Most recently, a 2015 study published in JAMA found no increased risk of autism from immunizations at any age.

Girls tend to be underdiagnosed.

Boys are about five times as likely as girls to be diagnosed with autism, according to the nonprofit Autism Speaks.

That doesn't mean girls don't have the condition—they may just be flying under the radar because their symptoms are more subtle, and easier to miss. For instance, girls with autism display less repetitive and restricted behavior, like hand flapping or inflexibility with routine, than boys do, according to a 2015 Stanford University School of Medicine study.

“Girls tend to not be as hyperactive and impulsive, and they’re also more likely to observe other children and copy their social interactions, which can mask symptoms,” Dawson adds. “That’s one reason why there’s a need for better diagnostic tools, so we can catch these cases earlier.”

Kids with autism can improve.

One of the biggest myths surrounding autism is that people can’t improve their symptoms, when we clearly know from behavior therapy studies that they can.

While it’s true that some kids (about 7%) diagnosed with autism will one day no longer have the condition, the vast majority will continue to have social, behavioral or learning problems, according to a study presented in 2015 at the Pediatric Academic Societies' annual meeting.

That's why Dawson believes the focus with autism shouldn't be on "curing" children.

"The focus should be on giving them the tools they need to lead the best lives possible,” she stresses. “With early intervention, children can make remarkable gains. And all kids, no matter how severe their diagnosis, can learn to communicate, interact with others and live meaningful lives.”

Pandina agrees, adding, "One of the biggest myths surrounding autism is that people can’t improve their symptoms, when we clearly know from behavior therapy studies that they can.”

Treatments today are better than ever before.

The mainstay of autism behavioral treatments for more than four decades has been applied behavior analysis (ABA), which focuses on teaching children, and rewarding the learning of, basic social and behavioral skills, such as listening and having a conversation.

Today, a promising new form of early intervention called the Early Start Denver Model (ESDM), which Dawson helped develop, may mean treatment can be given even earlier, to kids as young as 18 months of age.

ESDM is provided in the toddler's home and is delivered by trained therapists and parents. In a randomized clinical trial, children who received this type of therapy over a two-year span for 20 hours a week—15 administered by trained therapists, five by parents—showed greater improvement with adaptive behavior and cognitive abilities, as well as fewer autism symptoms, than children who received treatment from private ABA therapists or preschool and other local programs, according to a study published in Pediatrics.

Medications can also ease some symptoms, such as irritability and mood swings. But when it comes to autism’s core symptoms—impaired social communication, and restricted or repetitive behaviors or interests—drug therapies have had mixed results, and have been very hard to measure.

“It’s problematic because if you conduct a clinical trial on a potential drug to treat autism symptoms, you aren’t easily and effectively able to assess whether or not it’s working,” explains Pandina.

And that, says Pandina, is where his new diagnostic tool, the Janssen Autism Knowledge Engine, comes in.

JAKE™ is a first-of-its-kind digital system that essentially provides a personalized electronic health record system to families living with autism. It also has a second important component: biosensor technology that allows researchers to use body sensors to gather information about behavioral symptoms that parents or caregivers can't always reliably track on their own.

This information is then flowed into the third component of the system—the Janssen data pipeline—so it can be analyzed by researchers.

The ultimate goal? “An assessment tool like this will make it easier for us to develop and test multiple medications to treat autism in different populations," Pandina explains. "We hope to be able to start using it for research in the near future.”

Johnson & Johnson Earns a Spot on Fortune’s 2021 Change the World List
Innovation
The Next Frontier of Prostate Cancer Care
The Next Frontier of Prostate Cancer Care
Certain gene mutations can dramatically increase the risk of developing aggressive prostate cancer. That's why Johnson & Johnson is researching a new way to fight the disease—one that involves blocking cancer cells from repairing their own damaged DNA.
ON NOW 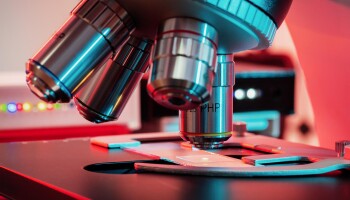 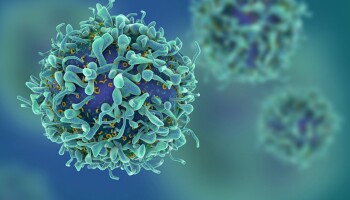 alt Curing Cancer From Within: The Promise of Cell Therapy