Could These 3 Researchers Transform the Fates of Patients With Multiple Myeloma?

232
For National Cancer Prevention Month, we’re spotlighting three leading Johnson & Johnson female hematologists—innovators who are not only saving lives and advancing new treatments but also paving the way for the next generation of women in their field.
By Meghan RabbittSeptember 22, 2022
Today's Top Reads Close

On the front lines of treating blood cancers such as multiple myeloma are doctors and researchers specializing in a field known as hematology-oncology. It's challenging work that requires perseverance, grit and, for some of these specialists, a personal connection to fighting cancer.

These three female hematologist-oncologists are each on a mission to take those inspirations and channel them into their work to help create and support ongoing research of treatments that have the potential to help—and hopefully even someday cure—many people around the world who have multiple myeloma.

And it's trailblazing work.

The proportion of women in the field of hematology and oncology has increased over recent decades, but the representation of women in leadership positions across clinical, academic and research settings remains low. And while the number of female authors in peer-reviewed publications has risen over the last 30 years, they still only represent 26% of first-time and 20% of senior authors. Plus, though women represent 35% of all hematologists and oncologists, they only received 24% of recognition awards given to these physicians.

As part of Janssen Oncology’s commitment to reimagining care and elevating expectations for healthcare professionals in multiple myeloma, the company is devoted to uplifting and supporting women in the hematology-oncology community. For example, over the past several years, Johnson & Johnson has sponsored events at major medical meetings, such as ASCO, to facilitate connections among female hematologist-oncologists.

We sat down with Dr. Kallenbach, Dr. Cortoos and Dr. Madduri to learn more about how they got into the field, what their jobs entail and their best advice to other women hoping to break into this area of work.

Figuring Out the Puzzle of Blood Cancer 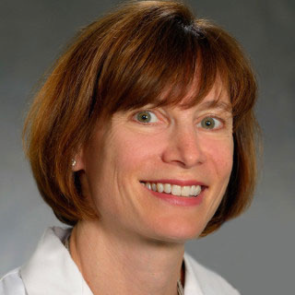 What inspired her to become a hematologist-oncologist: When Dr. Kallenbach was in medical school, she knew she wanted to help cancer patients. The study of the disease, finding the right treatment options, the relationships oncologists form with the people they treat ... it all excited her. And when she was paired with a hematologist-oncologist as a mentor, she found her true calling working with patients who had blood cancers.

“It always amazed me how close my patients became to me,” she says. “You become a guide for patients who are on a journey that they’ve never been on before and you help them navigate the bumps in the road and create a new normal. You develop this relationship that’s incredibly close and intense. One of my patients who got pregnant after her cancer treatment asked me to name her baby!"

What her job entails: In her more than two decades of being a physician, Dr. Kallenbach has tried to figure out, as she puts it, the puzzle that is blood cancer. “When you’re dealing with a solid tumor—say, breast or lung cancer—treatment tends to be pretty straightforward,” she says. “But with blood cancers, hematologists are tasked with figuring out what type of cancer it is and how to treat it. Diagnoses can be elusive for a while, so you have to be persistent.”

Now, Dr. Kallenbach is working on a different kind of puzzle at Janssen: She’s running clinical trials focused on chimeric antigen receptor T cell therapy (CAR-T) to treat multiple myeloma. “I’m still solving puzzles and trying to figure out how to get from here to there with a totally new approach for Johnson & Johnson,” she says. “With CAR-T, we take a patient's T-cells, genetically modify them in a lab and reinfuse them back into the patient, where they help attack a patient's multiple myeloma cells."

When Dr. Kallenbach was working with patients in the clinic, she wished for treatment innovations that would really have an impact. “As a physician, I saw one person at a time and as many as I could see. Now it feels like I’m making a difference in a lot of people’s lives.”

Her advice for other women interested in the field: Find a great mentor—and ideally a female mentor, says Dr. Kallenbach. A mentor can show you that being an incredible physician, researcher and partner and mother is possible, if that's what you want to go after. “I think it’s so important to find people in hematology-oncology who truly enjoy it,” she says. “Those are the people you want to learn from. Given the boundaries you’ll have to push in this field and the puzzles you’ll have to solve, finding the right people to learn from is key.”

Changing the Game With Immunotherapy Research 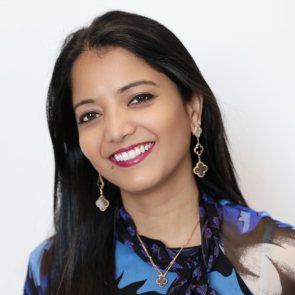 What inspired her to become a hematologist: Dr. Madduri was in medical school when her beloved grandmother died of colon cancer. “I was so distraught when she passed away,” she says. “I thought, ‘This is a field I should go into.’”

After graduation, Dr. Madduri did a hematology-oncology fellowship where she performed bone marrow transplants for hematology patients. She was instantly fascinated by liquid tumors (a.k.a. blood cancer), and the existing research on how to treat them.

The beauty of hematology is that you get to see all kinds of patients—young and old, those who’ll be cured and those who won’t. It’s an emotionally hard specialty, but the payoffs are huge.

What her job entails: Before coming to Janssen, Dr. Madduri launched the CAR-T program at Mount Sinai Hospital in New York City in her role as a hematologist-oncologist there. Today, she is charged with running a global Phase 3 clinical trial on CAR-T therapy in multiple myeloma patients.

Dr. Madduri believes this research could potentially change the game. “The median survival time is less than 12 months for myeloma patients,” she says. “What we’re finding is that new immunotherapy approaches are offering more options and more hope.”

Her advice for other women interested in the field: Seek out other women who are doing what you want to do, says Dr. Madduri. For example, consider following #woMMen on social media to connect with other female academic clinicians working in the field of multiple myeloma. “Janssen sponsors receptions at major medical meetings so women in the field can more easily access peer support and mentorship and discuss career development.”

The good news? “Initially, the field of multiple myeloma research was mostly males—but we’re seeing a shift,” she says. 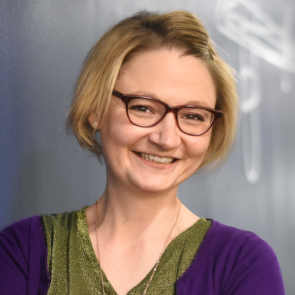 What inspired her to become a hematologist: Dr. Cortoos was 19 years old when she was diagnosed with Hodgkin’s Lymphoma, a type of cancer that occurs when white blood cells (called lymphocytes) grow out of control. During her 10-month treatment, Dr. Cortoos got to know the hematologists who administered her chemotherapy and radiation—physicians she looked up to with deep respect.

“I became a hematologist for a very personal reason,” says Dr. Cortoos. “I wanted to help people with the same disease I had.”

Once her cancer treatment was finished, Dr. Cortoos went to college and then medical school. After graduation, she became a resident for one of the hematologists who’d treated her years prior at the university hospital in Leuven, Belgium. “It was such an amazing experience to get to work for one of the doctors who’d helped me,” she says.

What her job entails: After finishing her residency in Belgium, Dr. Cortoos jumped at an opportunity to move to the U.S. and work in the pharmaceutical industry. A few years ago, she took an opportunity at Janssen Oncology, researching new treatments for multiple myeloma. She spends her days poring over study results and fielding queries from physicians wanting to investigate the treatment in their patient populations. She’s also tasked with managing new studies, reviewing protocols for those studies and ensuring they’re ready to move forward and can have data readouts.

“In short, I’m charged with making sure we answer unanswered questions in the myeloma community,” says Dr. Cortoos. “I’m proud of this work. In pharma, you get to work on products that can help so many patients. I find it so fulfilling.”

Her advice for other women interested in the field: Be prepared for a very rewarding—yet emotionally draining—career, says Dr. Cortoos. “The beauty of hematology is that you get to see all kinds of patients—young and old, those who’ll be cured and those who won’t. It’s an emotionally hard specialty, but the payoffs are huge.”

As for those interested in focusing on the research side of the field, Dr. Cortoos says knowing how to multitask is crucial. “You have to be an octopus, able to juggle many balls,” she says. “Yet if you can deal with this significant workload and excel at interpreting data and making sure you’re heard, you’ll come to find that people really value and depend on you and your work. Yes, it’s challenging. But it’s also very rewarding.” 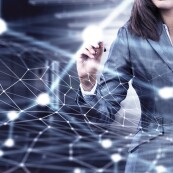