3 Innovative Ways Researchers Are Rethinking How We Combat the Flu

231
From a promising alternative for the flu shot to hope for a "universal" vaccine, we take a look at how scientists at Johnson & Johnson are exploring novel ideas for preventing and treating the flu.
By Barbara BrodyNovember 03, 2019
Today's Top Reads Close
I

f you think the flu is nothing more than just a bad cold, you're dangerously misinformed. While it's true that some people experience only mild symptoms, according to the Centers for Disease Control and Prevention (CDC), between 140,000 and 960,000 Americans are hospitalized each year with flu-related complications.

Globally, the flu kills up to 650,000 people annually, according to the World Health Organization (WHO). That translates to about one death every 60 seconds, says Jason Chien, M.D.

While efforts to prevent the flu have come a long way since the first major pandemic hit in 1918, there's still far more that needs to be done to keep the virus in check.

The main problem? The flu virus mutates, and several strains of it are often in circulation at once.

What if, instead of formulating a vaccine based on a guess about which strains are most apt to be circulating in a given year, scientists could create a single vaccine that would protect against all types of flu?

"Currently, scientists predict which strains will be most prevalent in the coming flu season and distribute vaccines that aim to prevent infection by these strains,” explains Hanneke Schuitemaker, Ph.D.

Another issue is that while existing drugs can help shorten the severity of the virus, it's only by about a day—and only when taken within two days of the onset of symptoms. Some flu sufferers might not realize they even have the virus until after that window has closed.

Enter researchers who are focused on helping change all of this.

For National Influenza Vaccination Week, learn how they are exploring new and improved ways to both prevent and treat the onerous virus.

A potential alternative to the flu shot 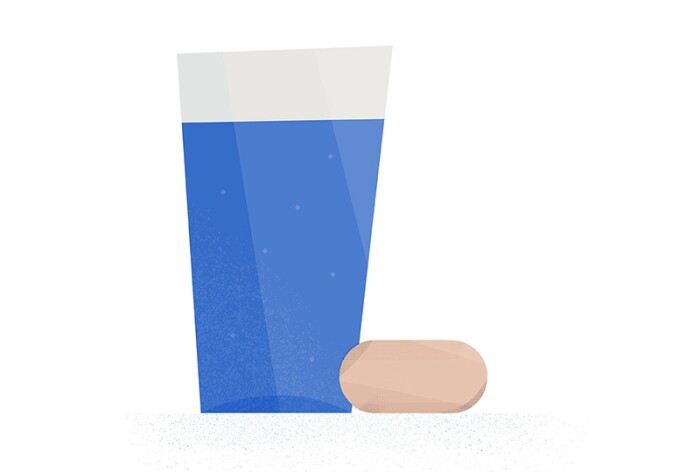 If you dread rolling up your sleeve in anticipation of a needle jab, take heart: Just a few months ago, Janssen entered into a partnership with Vaxart, a biotech company that's working on developing an oral flu vaccine in the form of a pill.

Katherine Hannan: The Intrepid Nurse Who Battled the Deadliest Flu Pandemic in History

More good news for needle-phobes: Janssen is also in the early stages of developing a universal nasal flu vaccine, which has the potential to be more effective than the nasal vaccine currently on the market.

While there are antiviral drugs that can attack the flu virus and stop it from multiplying, their power is limited: The current ones must be taken within two days after the first symptoms strike for optimal results, and they only shave about 24 hours off the illness's duration. So if you show up at the hospital several days into the flu with serious complications, there are no data to suggest these antivirals will be effective in treating the flu infection.

A new compound being developed by Janssen might be able to help make a difference. In 2014, Janssen entered into an exclusive license agreement with Vertex Pharmaceuticals to develop the compound, which has a different mechanism of action from existing antiviral drugs. Since then, a series of clinical trials has shown that the treatment, especially when used in conjunction with another commonly used antiviral, can help cut the viral load—that is, the amount of virus that's present—in patients who've contracted a strain called influenza A, which is the type most often associated with large flu epidemics.

Two Phase 3 studies of the compound are currently underway, with results of the trial, which is being supported by the Biomedical Advanced Research and Development Authority (BARDA), part of the U.S. Department of Health and Human Services, expected next year.

A potential vaccine that could work for every type of flu 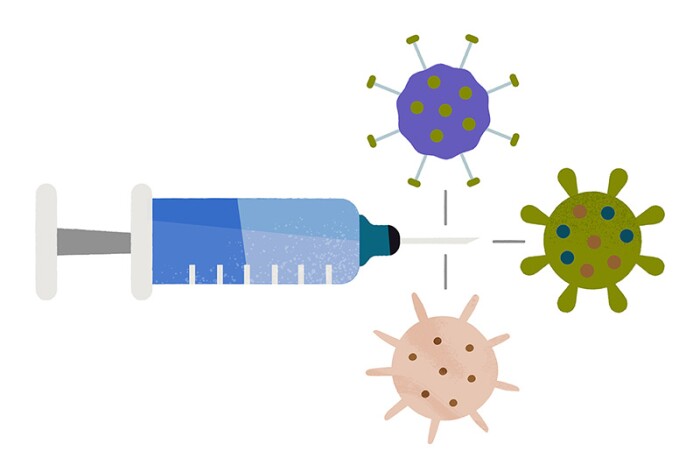 What if, instead of formulating a vaccine based on a guess about which strains are most apt to be circulating in a given year, scientists could create a single vaccine that would protect against all types of flu?

That's exactly what researchers at Janssen—with support from BARDA—are attempting to do.

The project is still in the early exploratory stages, but, says Schuitemaker, "a 'universal' flu vaccine may potentially take away the burden of almost yearly updates and may even make us better prepared for an influenza pandemic, which is recognized by the WHO as one of the top global health threats."

In the meantime, the best protection against the flu is still the good old-fashioned shot. So if you haven’t gone for your vaccine yet, consider it to protect yourself—and others around you—from the flu. 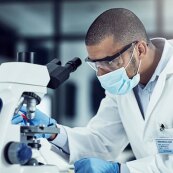