New Year, New Vision: Meet a Man Tasked With Investing in What Could Be the World's Next Great Medical Discoveries

Johnson & Johnson aspires to change the trajectory of health for humanity. And Tom Heyman helps make that lofty goal a reality through his work as the head of Johnson & Johnson's venture capital division, which invests in dozens of companies each year. He shares what's on his radar for 2019.
By Kate RockwoodJanuary 01, 2019
Share
Share
Today's Top Reads Close

ear the name “Johnson & Johnson” and a couple of things probably come to mind: It's one of America’s longest-operating companies, and a long-time maker of such health and consumer products as baby washes and OTC medications.

What many people don’t realize, however, is that the company also has a long history of supporting impactful next generation innovations—Johnson & Johnson has been making strategic investments in pioneering companies since the 1970s. 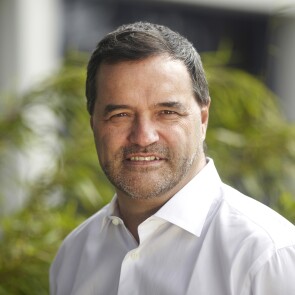 JJDC also partners with companies to create entirely new entities, such as Verb Surgical, which was formed with the Verily Life Sciences division of Alphabet, Google’s parent organization, and is creating a robotics-assisted surgical platform.

In his role as President of JJDC, Tom Heyman leads a team of 12 investors spread across the globe—including at the company’s four Innovation Centers in Boston, London, San Francisco and Shanghai—to evaluate thousands of investment opportunities annually.

As 2019 kicks off, check out the first installment in our monthlong series of interviews with visionary movers and shakers in healthcare innovation to see what Heyman's vision is for the coming year.

You were born in the Congo, educated in Belgium, and are a lawyer by training. How did you wind up leading venture capital for a healthcare company?

I am indeed a lawyer by training. But most of my career has been involved in external innovation.

I first joined the law department of Johnson & Johnson’s Janssen affiliate in Belgium in 1982, primarily supporting licensing and distribution deals. In 1990, the vice chairman asked me to come to the U.S. for just three years. I’m still here.

In 1992, I was asked to lead business development for the pharmaceutical group and did that for more than 20 years, executing lots of licensing deals and acquisitions. I’ve been President of JJDC since 2015.

Many people don’t realize JJDC is the oldest and most consistent corporate investor in the world. How many investments did the company make in 2018, for instance?

We deployed more than $450 million across some 46 investments.

About 25 of those are new investments, and the rest represent additional rounds of fundraising for companies in which we'd previously invested. When we invest, we take it seriously—we make a commitment to being there for the long term.

Searching for the next big thing across the pharmaceutical, medical device and consumer sectors seems like it could easily become overwhelming. How do you focus your investments?

One important point to clarify is that we’re strategic investors, not financial investors. We do not make investments with the goal to simply make money for Johnson & Johnson. Instead, we invest in companies that have technologies, platforms and business models that are strategically important today, or could be in the future, to one of our sectors. Everything we do has to be financially sound, but it’s about strategy first, and all else follows. 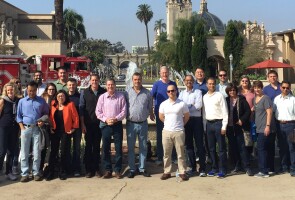 Heyman (center) with his team

JJDC currently has over 120 active portfolio companies across consumer, medical devices and pharmaceuticals.

Over the last three years, we’ve also begun investing more in consumer companies, including Carrot, which aims to empower millions of people to quit smoking with a personalized digital platform for smoking cessation, and Dreem, a French company with the first active wearable designed to help people monitor and improve their overall sleep.

We know that many investments fail—that’s the nature of science. If an investment fails but we learn something, we consider it a worthy effort.

Once you execute an investment, what does your relationship with the company look like?

When we make a significant investment, we always ask to take a board seat or an observer’s position on the Board of Directors. We have a fiduciary responsibility to ensure the company is successful.

We will bring in resources from Johnson & Johnson. And we will put the team we’re investing in in touch with our experts, whether they have a question about manufacturing, toxicology, clinical development or regulatory issues and so forth.

The ultimate goal is to onboard the company into Johnson & Johnson, which can be through a strategic acquisition of that company, a licensing agreement or a partnership—anything that increases Johnson & Johnson’s pipeline.

As we head into 2019, which companies or areas of research excite you the most?

We’re looking very closely at opportunities in the oncology and neuroscience arenas.

First off, cancer is being called the emperor of all diseases. It’s not just one disease. Every tumor is different, and genes that play a role in one person’s tumor don’t play a role in another person’s. We’ve focused on prostate, lung and blood cancers at the company and have made important investments in their treatment, including for multiple myeloma. There’s still a lot of work to be done, but we’ve made major strides in better understanding the biology. I believe that most cancers will become chronic diseases in 20 to 30 years. 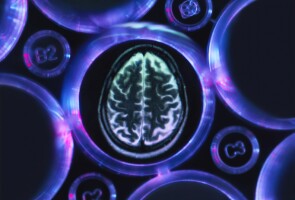 That’s not true of neurodegenerative diseases, like Alzheimer’s disease and Parkinson’s disease, and other central nervous system diseases, such as mood disorders. We’re just scratching the surface there as clinical development programs, to date, in these areas have proven challenging. But we must persevere and continue to make investments nonetheless.

In 2018, we invested in Magnolia Neurosciences, a New York- and Texas-based company that’s creating a new class of drugs for neuroprotection (that is, protecting neurons in the central nervous system), and in CuraSen Therapeutics, a California company that’s focused on new therapies for neurodegenerative diseases like Alzheimer's. We are excited by their novel approaches to tackling these diseases.

Do you worry about the repercussions from a failed investment?

We know that many investments fail—that’s the nature of science. If an investment fails but we learn something, we consider it a worthy effort.

In terms of repercussions, I don’t worry. If I did, we would say no to too many opportunities—and that’s too easy. We go in, we make mistakes, and science changes. Johnson & Johnson has been extremely good about it. I’ve never had someone in senior management ask, “How in the world did this happen?”

One last question: What have you learned from nearly four decades of investing—and what keeps you going?

The most important thing is to start from the principle of trust. I trust the people with whom I work implicitly. We talk about the good, the bad and the ugly. We have to be able to talk about it all.

The Johnson & Johnson Under 40 to Watch List: 6 Young Trailblazing Scientists

At the end of the day, what really keeps us going is that our investments have the potential to make a real difference in people’s lives.