55
The company is proud to have made the list for the second year in a row. From its work on an Ebola vaccine—and an investigational COVID-19 vaccine—to collaboration taking place across its Johnson & Johnson Innovation centers, we take a look at the innovative spirit that permeates the company's culture.
By Johnson & JohnsonAugust 11, 2020
Today's Top Reads Close

Innovation is a key to success in business. And it's been an especially important asset during the COVID-19 pandemic, which has challenged companies large and small to find new ways of innovating.

It's a challenge that Johnson & Johnson has taken head on this year, helping it earn a spot for the second year on the 2020 Fast Company Best Workplaces for Innovators list, which recognizes companies from around the world that are encouraging bold experimentation at every level of their organization.

Johnson & Johnson Innovation—comprised of innovation centers and teams across the globe—also made Fast Company's inaugural 2020 Innovative Team of the Year list, which honors groups whose creativity and passion have driven a major breakthrough.

Johnson & Johnson is one of just 10 companies to appear on both lists, which were compiled in collaboration with consulting firm Accenture.

“It’s an honor to be recognized by Fast Company,” says Peter Fasolo, Ph.D.

In March, Johnson & Johnson announced a lead vaccine candidate in development at the Janssen Pharmaceutical Companies of Johnson & Johnson and its plans to put it into a Phase 1/2a human clinical trial no later than September 2020—a timeline that, in June, the company announced it had accelerated.

Propelling Creativity and Collaboration—Even During a Pandemic

Last year, Johnson & Johnson invested more than $11 billion in research & development (R&D), making it one of the world's top investors in innovation across all industries. The goal: use its global scale to do good by helping address emerging, unmet healthcare needs around the world.

For example, in response to the Ebola outbreak in the Democratic Republic of the Congo (DRC), Johnson & Johnson was able to fast-track a vaccine regimen, and announced in 2019 that it would provide up to 500,000 regimens for a new clinical study of individuals at some risk of Ebola infection who lived in areas close to the outbreak zone, with the goal of helping prevent further geographic spread of the disease. Later in the year, the company also made a commitment to provide up to 200,000 vaccine regimens to the neighboring Republic of Rwanda to help stop the outbreak from crossing the DRC border. 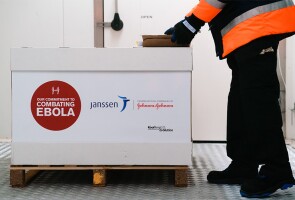 Today, the same technology used to develop the Ebola vaccine is being deployed in the company's work on an investigational vaccine for SARS-CoV-2, the virus that causes COVID-19.

In March, as a result of an external collaboration with the Beth Israel Deaconess Medical Center, Johnson & Johnson announced the selection of a lead vaccine candidate in development at the Janssen Pharmaceutical Companies of Johnson & Johnson and its plans to put it into a Phase 1/2a human clinical trial no later than September 2020—a timeline that, in June, the company announced it had accelerated. In July, data published in Nature showed that this investigational vaccine had elicited an immune response against SARS-CoV-2 in a preclinical, nonhuman study.

The company also prides itself on investing in its employees so it can build a diverse, global workforce that's primed to think big and spark innovation.

In 2019, the company launched its Johnson & Johnson Innovation Champions program, which gives scientists at the company the opportunity to gain knowledge and access additional expertise by exposing them to a network of external innovation partners.

4 Secrets for Fostering an Innovative Workplace

For its part, Johnson & Johnson Innovation takes a multifaceted approach to early-stage innovation that includes partnering with—and strategically investing in—the best available science and entrepreneurs outside of the company, as well as incubating promising healthcare startups through its JLABS network. Last year, JLABS launched an outpost in Shanghai—the first JLABS incubator in the Asia Pacific region, in a city with a high concentration of science parks, universities and medical schools to help support JLABS entrepreneurs.

“We are proud of Fast Company’s recognition on both their Best Workplaces for Innovators and Innovation Team of the Year shortlists,” says William N. Hait, M.D., Ph.D. 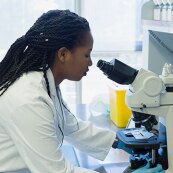