For optimal browsing we recommend using Chrome, Firefox or Safari.
Office of the Chief Medical Officer 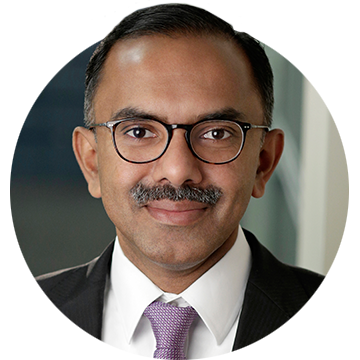 Office of the Chief Medical Officer

Jijo is the Chief Medical Officer for Johnson & Johnson Medical Devices. In the role, he is responsible for overseeing patient monitoring and safety surveillance practices. Jijo is a member of the Johnson & Johnson Office of the Chief Medical Officer Senior Leadership Team and the Medical Devices R&D Leadership Team. Previously, Jijo was the Chief Medical Officer for the Johnson & Johnson Family of Consumer Companies where he led the Safety Council for the Consumer sector and was a member of the Consumer R&D Leadership Team. He currently serves on the board of directors of the Medical Device Innovation Consortium (MDIC) to advance medical device regulatory science and bring innovative, safe and effective life-changing devices to those who need it most.

Jijo joined Johnson & Johnson in 2014. Prior to joining Johnson & Johnson he spent six years at Pfizer Inc. where he held roles of increasing responsibility. Most recently based in Bangalore, India, he was the head of the therapeutic area that included OTC, Enbrel and Active Moiety within Worldwide Safety and Regulatory, in addition to having responsibility for regional safety and regulatory oversight. Prior to moving to India, from 2009 to 2012, he was Senior Director of Strategy and Operations for Pfizer Medical in New York, where he played a critical role in driving the division’s strategic imperatives and special projects centered on the safe, effective and appropriate use of the company's products. He joined Pfizer Inc. in 2008 as Medical Director of Pfizer Health Solutions and was subsequently appointed as Medical Director of Clinical Operations in the Customer Marketing Group, of the Primary Care Business Unit.

Prior to joining Pfizer, Jijo spent close to a decade as a consultant providing healthcare solutions to a variety of healthcare and life sciences companies. He has extensive global experience working in emerging markets and with payers, providers and pharmaceutical companies in a number of collaborative programs. In addition, he often speaks at national and international healthcare conferences.

Jijo began his medical career working as a primary care physician in both urban and rural community settings. Having received his medical degree from St. John's Medical College in India, he later earned a Master of Public Health degree in Population and Family Studies from the Joseph L. Mailman School of Public Health, Columbia University, New York, New York.