Share
The 18-year-old student from Romania was selected as a finalist in this year’s “Champions of Science®—Superheroes of STEM” essay writing contest. A feminist nearly as much as she is a STEM enthusiast, Iarina Vancea profiled Dr. Ana Aslan, a scientist known for breaking gender barriers in her own home country. Described as a true leader and a “people’s person,” Aslan continues to inspire girls and women—especially Vancea—to defy stereotypes and become STEM superwomen.
By Iarina Vancea
Today's Top Reads Close

When Vancea sat down to think about potential STEM heroes, she quickly discovered how limited her knowledge was of the people close to home: the remarkable women of Romania. This realization led a curious Vancea to the Romanian biologist and physician whom she considers a “superwoman,” Dr. Ana Aslan. A pioneer in gerontology and geriatrics, Aslan focused much of her research on the process of aging, prompting celebrities like Salvador Dali and Charlie Chaplin to seek her treatments. But Aslan’s most beloved patients weren’t famous; instead, they were the poor and homeless elderly she would treat for free. 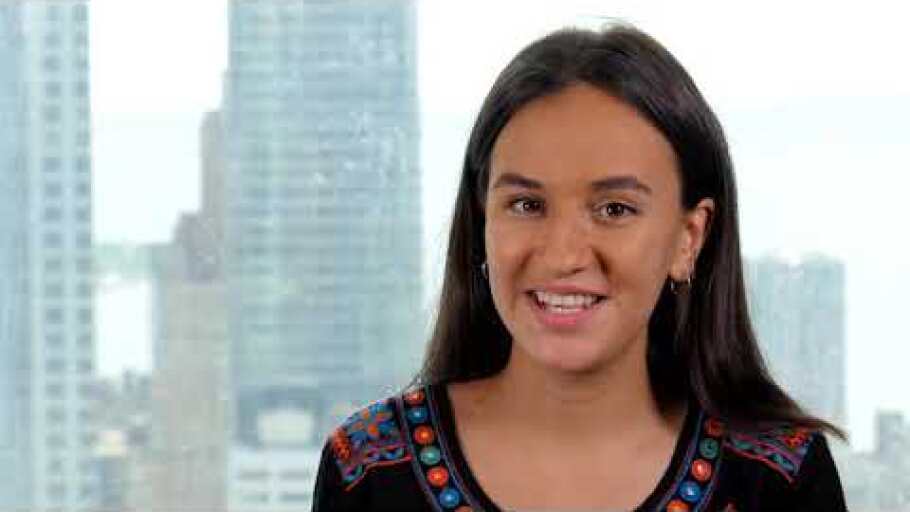 In the essay that follows, Iarina Vancea beautifully captures the essence of what made Dr. Ana Aslan a Superheroes of STEM.

A memoir of a superwoman-Ana Aslan

Let us close our eyes for a second and imagine how this world would look like without women. An unimaginable disaster? For sure a world without empathy, charisma, love, and tolerance. A world without the courage, determination and fearless power that women from all over the world have shown us throughout time. Every woman has a story to tell, every woman struggled at some point and faced society’s obstacles in order to create the desired life, to follow her dream, to make a change. You see, it’s your mother, your grandmother, it’s your dearest friend, it’s the lady at the store, it’s the woman that you learned about in history class, it’s you, it’s me, it’s us. Every woman has her own cape, every woman has her special power, even if you see it or not, and that is because every woman is a superwoman.
Ever since I was little I was fascinated about stories, but especially about the story that lies behind the people that left their mark on the world. Choosing who I should write about was not an easy decision to be made. I started searching, reading articles about women from all over the world trying to find a great “STEM hero”. I stopped and asked myself what the women around me did, and that was the moment when I realized how little I knew about the ones in my own home country, Romania. Although not widely known, Romania was also the home country of amazing women with remarkable accomplishments that shaped the way we live and see the world today. So this is how I discovered my superwomen, Ana Aslan.

The medicine Dr. Aslan developed, Gerovital H3,” as she said, ‘fights for life,’ so she gave us more time on this earth.

Born on the first day of the year 1897 in south-east Romania, Ana Aslan was the youngest child of the Aslan family. Her father, who she admired and loved dearly, was already old when Ana was born and died when she was only 13. His death profoundly affected the future scientist but it was also the main thing that shaped her dreams and goals later in life. At the age of 16, she dreamed of becoming a pilot, a dream considered at that time as way too “rebellious” for such a young and delicate woman. Finally, marked by her father’s death she chooses, as she herself says in an interview, “to fight for life”, and to become a doctor. She even declared a hunger strike and starved herself for 3 days because her mother didn’t let her apply for the Medical School. Eventually, she wins and signs up for it.

During World War I, she volunteered and took care of the wounded soldiers at the Military Hospital right behind the front. In 1919 she works alongside one of the most famous Romanian neurologists, and three years later graduates the Medical School.

In 1949, after a long period of hard work through many hospitals all over Romania, she experiences the start point of her career as a gerontologist. At the Endocrinology Institute in Bucharest, she uses Procaine to treat the rheumatic disorder of a bedridden med student. She successfully immediately relieves the symptoms and miraculously heals the young man. After this discovery, she continues experimenting with her ideas in a nursing home and in a short period of time proves the importance of Novocaine in the amelioration of the age-related dystrophy disorders, obtaining remarkable results.

In 1952 she founds world’s first Geriatrics and Gerontology Institute. Alongside a numerous team of talented doctors, pharmacists, and other scientists, she elaborates the famous “Gerovital H3”, a medicine that fights against degenerative diseases specific to the 3rd age. She realizes the demographic impact that these diseases have all around the world and decides to dedicate her whole life to discover, as an old Romanian fairy-tale says the “everlasting youth”. Shortly, the product becomes internationally known and wanted. She also creates “Aslavital”, approved in 1984 that proves great results in the nervous system’s deficiencies treatment. Although the communist regime made her work harder than ever, and despite her loneliness without a family or a partner, she managed to “dance through it all”, as she herself declared, in order to pursue her dream, a dream that served a entire world.

Despite the fame that the “Gerovital H3” medicine has brought her and all the exclusive patients that she had treated like Salvador Dali or Charlie Chaplin, Ana Aslan, devoted her time and work, more than anything, to the poor and homeless elders kicked out of their homes during the communist period. She accommodated more than 150 hopeless people at the institute while she refused to charge them any fee. This action will cost her a 7 years old long trial against the government and an enormous fee. Despite it all, she held her head up high, knowing that she did the right thing.

Science is everywhere, it’s all around us, that’s why I want to discover more.

She dies in 1988 and writes another page in the book of history and science, being one of the most powerful women of the 20th century. She fought against aging, she fought against death. She didn’t become nor wanted to become “immortal”, as life has its own cycle, but she wanted to ease the life of those in suffering, to ease the inevitable diseases that come once with the brutally passing of time. Her story, however, her work, the people that she worked with and the things that she brought into this world, became for sure immortal.

After all, because of Ana Aslan, and other powerful women like her, whether they are widely known or not, we are mending our pains with medicines, we have cures to many diseases, we are aware of the magic of the human body, we are prepared for the illnesses and disasters that they may not have survived, and because of Ana Aslan too, we won more time on this planet. Women like her sacrificed themselves and dedicated their whole lives to discover the truth, discoveries, no matter how big or small, that will later help the future generations.

Ana Aslan, was a true leader, and more than anything, a “people’s person”. She had an empathy and a determination that no other doctor had, and most important, she had always put the humans and their well-being above profit, above the system’s constraints, above everything. This is how she gathered around her such a devoted team, this is how she succeeded. Living in a time when gender barriers and inequality were often than ever, many women managed to follow their dream regardless. These heroes, like Ana Aslan, saved my mother’s generation, my cousin’s generation, my generation, and more generations to come.

Today, sadly, many women are still facing gender barriers in the pursue of their dream. In the end, I must mention one last important thing that many of us too often forget: the power and the opportunities that we have today are incomparable to the ones that the women scientists that we admire the most have had. Let us use this power to bring forward the legacy and the empowerment that these women gave us, to become true real-life superwomen, as Ana Aslan did, to leave the world at least a little better than we’ve found it.

About Superheroes of STEM Essay Contest
As a leading healthcare company and proud champions of science, Johnson & Johnson is honored to support the next generation of innovators via a commitment to increasing the number and diversity of students in the science, technology, engineering and math (STEM) pipeline. At the Global STEM Alliance Summit this past July, we announced the winner of the second annual “Champions of Science—Superheroes of STEM” essay writing contest. The contest focused on telling stories of inspirational modern-day female superstars in STEM whose work has helped change the trajectory of health for humanity. By telling more stories about women in STEM, we hope to not only raise awareness about women’s contributions to science, but also provide more relatable role models for young women hoping to succeed in STEM careers.