Share
The 20-year-old Californian was selected as a finalist in this year’s “Champions of Science®—Superheroes of STEM” essay writing contest. In Sriya Lingampalli’s moving piece, she details the obstacles Dr. Lynn Conway courageously overcame in both her scientific pursuits and in her personal journey undergoing gender transition.
By Sriya Lingampalli
Today's Top Reads Close

In a 2018 magazine article entitled “The Disappeared: Beyond Winning and Losing,” Conway writes the following: “As a woman, I disappeared from history and so did my innovations.” Early in her career as a computer scientist and electrical engineer, Conway was making tremendous strides in computer architecture, but her work was going unnoticed due to her gender. Another roadblock came in 1968, when IBM fired Conway upon learning she was undergoing gender transition. Following her transition, she fought harder than ever to advance not only her career but also the importance of recognizing the tremendous achievements of females in her field. Today, Conway is lauded as a Silicon Valley pioneer and staunch advocate for the LGBTQ community. 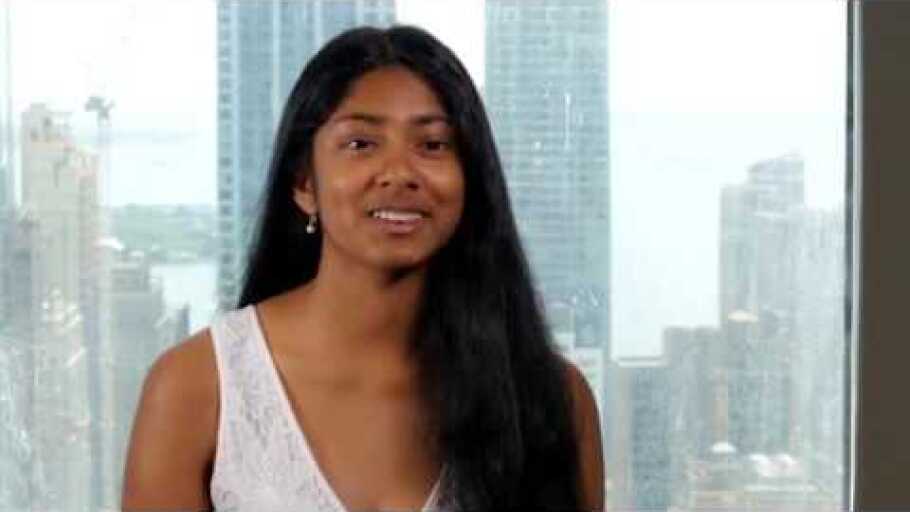 In the essay that follows, Sriya Lingampalli beautifully captures the essence of what makes Dr. Lynn Conway a superhero of STEM.

Lynn Conway: A Pioneer Beyond Her Gender

Women in history are constantly undermined, from having their work discredited to being completely forgotten. Lynn Conway was uncredited for over three decades, having her discoveries attributed to others’ successes. Her story of reclaiming her past after a transformative battle inspires me and likely many other women in STEM to believe they also have a right to be a part of this industry.

Conway speaks to the forgotten women in her paper The Disappeared: Beyond Winning and Losing. Conway writes about her story and many others that have been infected by the disappearance of women from STEM innovation. Speaking about the strong women mathematicians in the space race, revisited by the Hidden Figures media, and historian Margaret Rossiter’s description as “the Matilda Effect,” but not forgetting the women that remembered like Marie Curie and Grace Hopper, Conway brings to attention the forgotten many that have largely impacted their respective fields but lose their spot in the history books. Conway follows a similar story in a unique way.

Lynn Conway is a superhero of STEM because, regardless of the way people perceived her, she still made great contributions to computer science as an industry.

Conway’s early fascination with astronomy engaged her with math and science, leading her to MIT. However, her mental health led her to drop out and took years away as an electronic technician before returning to Columbia to pursue a B.S. and M.S.E.E. in engineering and applied science. Unknowingly, Conway was applying her skills to the forefront of her field working along mainly men to invent multiple-issue out-of-order dynamic instruction scheduling. The work Conway conducted here impacted CPU design that still reigns true in today’s designs.

The CPU work Conway discovered solves fundamental computer architecture that I am fortunate enough to learn in my own studies. By discovering dynamic instruction scheduling (DIS) while at IBM, she invented the tools necessary for the first true superscalar computer. Learning that Conway had created concepts that I was learning and applying in classes was eye opening and inspiring. Largely absent from our studies are women inventors and scientists; however, sharing these stories creates role models for current and future women who need the extra push to stay in technology and other STEM fields.

Hidden by the biases towards women in STEM, Conway was unable to claim the impact she made. In addition to not having her work recognized as a woman, she faced an intersectional battle being transgender. Women during that time lived in the shadows in fear of stigmatization and persecution, hence, they had to completely separate from their previous identities to exist professionally. The time period classified the transition to a woman as too risky and undignified for a professional person, which led to Conway being fired by President Watson himself. Someone with her impact and stature was still fired, leaving those without executive positions no chance to hold their position and not be undermined by their gender.

It’s important to tell these stories … To be able to provide role models to the next future generations, to show that women are impacting the STEM industries.

Regardless of the professional and personal loses she faced, Conway returned starting as an entry level computer architecture position. Beyond her gender struggles, she still persevered to continue her passion by ignoring the wariness that surrounded her. Back in the industry with a new motivation for life, Conway began her impactful research at Xerox.

Years later, Conway’s past was uncovered and she realized the impact her story could make on others. Along with inspiring women to persist through this industry, Conway works to improve the image transsexual women have in STEM. Her intersectional efforts spread beyond her career and further inspire me to infuse cultural and society into my future projects. She writes that “to be able to “win at innovation,” women must be expected to be able to win. This expectation must live inside women themselves. And to live inside them, it must first be in society. The culture must change.”

Conway continues to inspire the next generation with her story and struggles. The women of today’s STEM must spread her story and many others who have been lost or forgotten in this oppressive society. Celebrating female scientists paints a picture of who can be a scientist; hence, what better way to inspire the next generation with women pioneers of the past and present.

About Superheroes of STEM Essay Contest
As a leading healthcare company and proud champions of science, Johnson & Johnson is honored to support the next generation of innovators via a commitment to increasing the number and diversity of students in the science, technology, engineering and math (STEM) pipeline. At the Global STEM Alliance Summit this past July, we announced the winner of the second annual “Champions of Science—Superheroes of STEM” essay writing contest. The contest focused on telling stories of inspirational modern-day female superstars in STEM whose work has helped change the trajectory of health for humanity. By telling more stories about women in STEM, we hope to not only raise awareness about women’s contributions to science, but also provide more relatable role models for young women hoping to succeed in STEM careers.