Share
In honor of National Aviation History Month, we're looking at the launch of the Aerokit, a first aid kit for pioneering pilots.
By Susan SegrestNovember 28, 2017
Today's Top Reads Close

The first solo transatlantic flight from New York to Paris in May 1927 inspired a new, pioneering era of aviation. That same year, Johnson & Johnson launched its Aerokit first aid pack to help those early aviators care for the nicks, scrapes and other injuries that came from flying and maintaining their rudimentary airplanes. 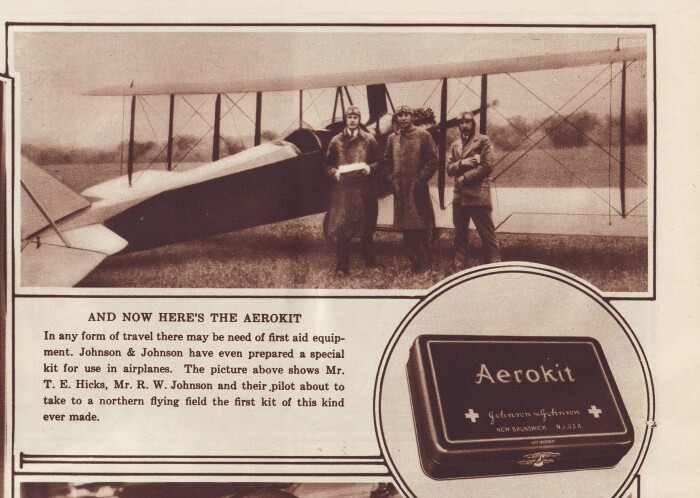 An early ad for the Aerokit

Margaret Gurowitz,Chief Historian, Johnson & Johnson, Johnson & Johnson's in-house historian. An enthusiastic aviator who even owned an autogyro—the predecessor of the modern helicopter—Johnson outfitted his biplane with the Aerokit.

The Aerokit’s contents were packed into a metal box that fit inside a canvas pouch. Pilots could then attach the pouch to their belts to keep it handy, Gurowitz explains. 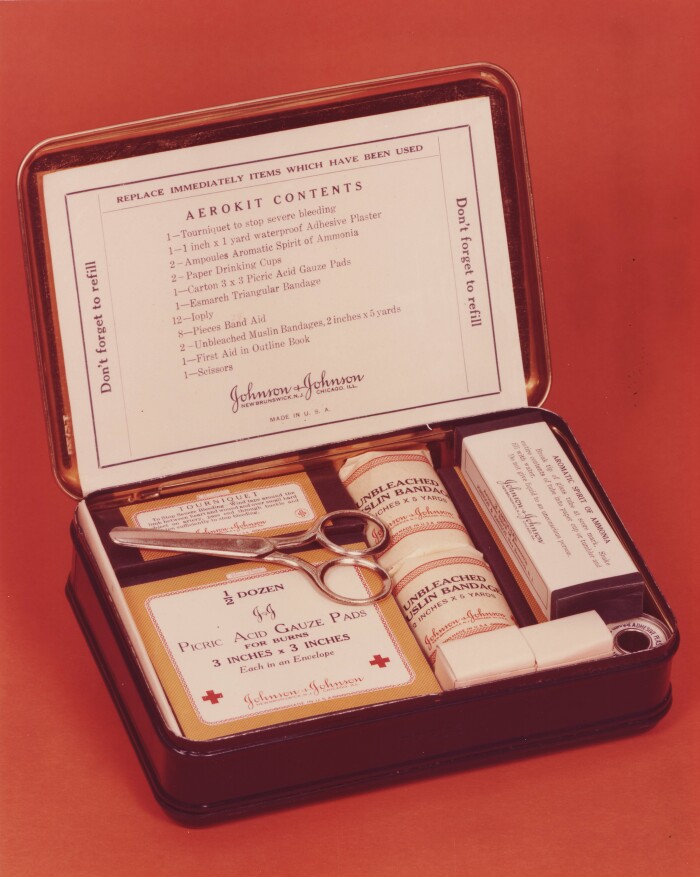 As aviation practices evolved, so did the contents of the kit. Company archives show that the 1934 version included the following:

The Aerokit, produced until 1942, was one of a wide variety of niche emergency kits made by Johnson & Johnson over the years, following the debut of its first commercial first aid kit in 1888.

Other unique kits made by the company have included the Autokit for early automobile operators and even a Snake Bite Kit, released in the 1960s.