Canvass the first aid aisle of any supermarket or drugstore and you'd be hard-pressed not to find shelves lined with fun BAND-AID® Brand adhesive bandages festooned with everything from PAW Patrol™ to Pokémon™ characters—and then some.

The trend of decorating the iconic Johnson & Johnson product—used to help protect and heal cuts and scrapes for nearly a century—actually dates to 1956, when the company debuted its Stars 'n Strips bandages, which were designed specifically with kids in mind.

Savvy market researchers homed in on what kind of graphics would appeal to kids at the time—resulting in the festive, brightly colored circus clowns and critters and patriotic stars that adorned the bandages, which came packaged in cardboard boxes and the company's signature metal tins.

It wasn't until this period, after the recovery from World War II, that Americans had the disposable income for items that weren't absolute necessities, like fun bandages for children.

Within just a year, Stars 'n Strips were the most popular decorated bandages on the market, cornering 60% of sales. "It's safe to say they were a craze," says Margaret Gurowitz,

Gurowitz adds the timing was ideal: There was tremendous economic growth occurring in the United States, and "it wasn't until this period, after the recovery from World War II, that Americans had the disposable income for items that weren't absolute necessities, like fun bandages for children."

May the Strip Be With You: 5 Questions for the Designer Behind the New Star Wars BAND-AID® Brand Adhesive Bandages

Beginning in the 1990s, Johnson & Johnson took the idea even further and produced strips featuring popular characters from children's movies and TV shows. “That’s when the trend became a modern phenomenon,” Gurowitz says.

Some more recent star players? Rey, Poe and Finn from Star Wars: The Last Jedi and Elastigirl from Incredibles 2.

Did you know BAND-AID® Brand adhesive bandages once took a trip to the moon? Learn more about that historic voyage and other cool product facts in this fun video: 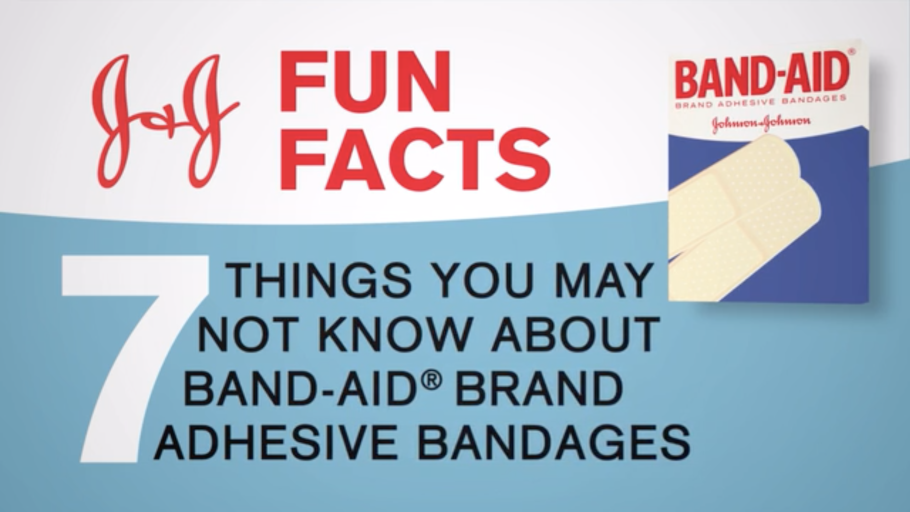 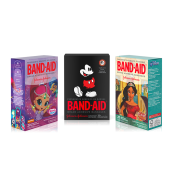