Share
As Memorial Day approaches, we're honoring the life of the famous poet and service member, known for his iconic “Trees” poem, who was the son of the company's first Scientific Director—and a writer for Johnson & Johnson.
By Liz KriegerMay 21, 2019
Today's Top Reads Close
Share expand

What was poet Joyce Kilmer's connection to Johnson & Johnson? 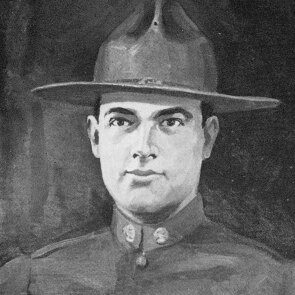 During his tenure at the company, Fred penned countless groundbreaking scientific articles and publications about public health, and added the job of Chief Publicity Officer to his responsibilities.

Meanwhile, Joyce went on to study at Rutgers University and then Columbia University. After he graduated in 1908, he began writing for Johnson & Johnson publications, including the Red Cross Messenger, which was aimed at retail pharmacists. He even helped his father create the country's very first commercial first aid manual, published in 1901, for use in households.

Joyce also wrote articles for other publications—The Nation, Town & Country and The New York Times, to name a few—as well as poetry.

In 1914, his beloved 'Trees' poem was published, with its famous first lines recited to this day: 'I think that I shall never see / A poem lovely as a tree.'

It was in his second collection of poems, released in 1914, that his beloved "Trees" poem was published, with its famous first lines recited to this day: “I think that I shall never see / A poem lovely as a tree.”

When the United States entered World War I in 1917, Joyce enlisted, and was assigned to the “Fighting 69th” Infantry Regiment (later called the 165th Regiment), where he earned the rank of sergeant. In 1918, he was transferred to the Regimental Intelligence Section, and went on scouting missions. Sadly, he was killed later that year by a German sniper during a mission in France. 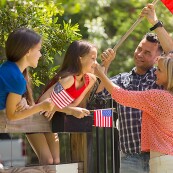 Johnson & Johnson Is Proud to Support Our Military Heroes
For more than 115 years, the company has been dedicated to helping not just service members and their families, but also the health professionals who provide them care.
Learn more