Share
As the U.S. celebrates Presidents Day, we take a look at the historic connection between the nation's 32nd president and an innovative company leader.
By Liz KriegerJanuary 19, 2017
Today's Top Reads Close
Share expand 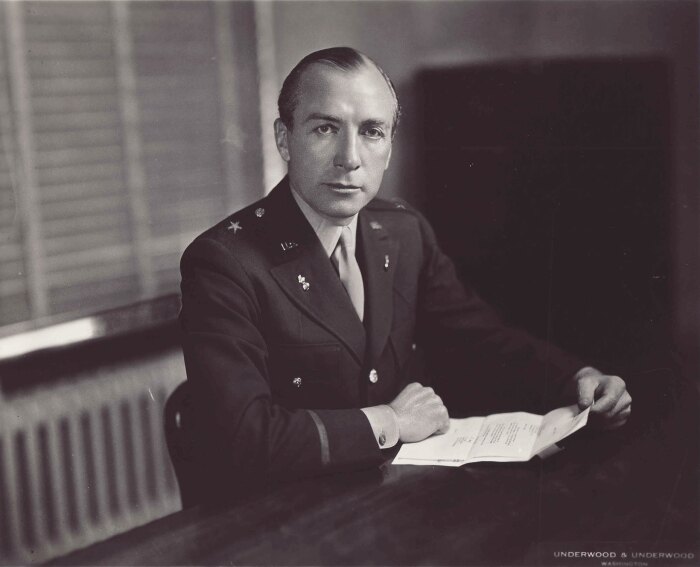 General Robert Wood Johnson in his Washington, D.C., office in 1943

Not a lot of us can say we’re on a first-name basis with the president of the United States, but during the 1930s and 1940s, Johnson & Johnson's leader at the time, General Robert Wood Johnson, was a member of that exclusive club.

Johnson, who was known for being a great innovator, lent his expertise and guidance to President Franklin D. Roosevelt during two of the most challenging times in the country's history—the Great Depression and World War II.

Margaret GurowitzChief Historian, Johnson & Johnson, Johnson began corresponding with Roosevelt before his 1933 inauguration and offered economic recovery suggestions related to workers’ pay and hours during the throes of the Depression. And although Johnson’s ideas weren’t adopted in their entirety, some of his tenets eventually became part of Roosevelt’s historic New Deal program. 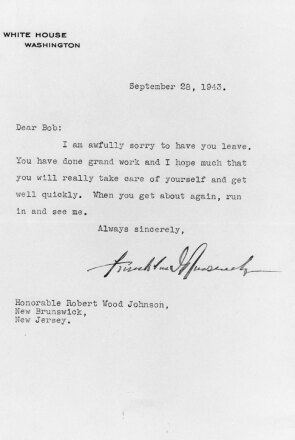 “They also became key elements of the corporate Credo that Johnson authored in 1943—and that still guides our company to this day,” Gurowitz says.

So when President Roosevelt was looking for someone to lead the Smaller War Plants Corporation, a government entity charged with engaging small businesses to produce items needed for World War II, Johnson was a logical pick.

In 1942, Johnson accepted the position and took a one-year leave of absence from the company to serve the country in Washington, D.C.

In a personal letter from the 32nd president (shown right), Johnson, who earned the title of general, was encouraged to recover quickly from an illness and thanked for his “grand work.”